Why is there a genuine-dispute doctrine?

The recent case of Zubillaga v. Allstate Ins. Co., (2017) 12 Cal.App.5th 1017 is the latest example of a case which turned on a Court’s interpretation of the genuine-dispute doctrine. Insurance companies often argue that they cannot be in bad faith because there was a “genuine dispute” – which raises the question of what exactly is a “genuine dispute” and why would that mean that an insurer did not act in bad faith?

In Zubillaga, the insured was in an automobile accident. She had $50,000 of UIM coverage, and she settled with the responsible party for $15,000. She therefore had $35,000 available to her from her UIM coverage. She repeatedly demanded the $35,000. Allstate offered many different amounts, but never offered the entire $35,000. The arbitrator awarded the plaintiff $35,000.

The insured then sued Allstate for bad faith and Allstate moved for summary judgment on the grounds that there was a genuine dispute as to the value of the UIM claim and, thus, it could not be in bad faith. Allstate argued that it reasonably relied on the opinion of its medical expert in reviewing the medical information. The trial court agreed and granted summary judgment for Allstate. The Court of Appeal reversed, holding that there was an issue of fact as to whether Allstate breached its duty of good faith and fair dealing.

The discussion in Zubillaga of the genuine-dispute doctrine is a good one. To understand how the courts use this doctrine, it is worth recalling its genesis. Originally the genuine-dispute doctrine was confined to legal issues. Thus, when an insurer denied a claim based on a reasonable – though erroneous – interpretation of the law, it could not be held in bad faith. The object was that an insurer should not be held in bad faith simply for arriving at the wrong conclusion about what the law was when there was not a controlling case or statute.

Then in Chateau Chamberay Homeowners Ass’n v. Associated Internat. Ins. Co., (2001) 90 Cal.App.4th 335, the Court of Appeal held, for the first time, that the genuine-dispute doctrine could apply to a factual dispute. Significantly, in Chateau Chamberay, the only issue in dispute between the insured and the insurance company was whether the insurance company’s expert or the insured’s expert was correct. The Court held that, like a reasonable dispute over the law, an insurer should not be held in bad faith where its only sin was reasonably relying on a third-party expert to adjust the claim. The Court said:

[We see no reason why the genuine dispute doctrine should be limited to legal issues. [cites omitted].That does not mean, however, that the genuine dispute doctrine may properly be applied in every case involving purely a factual dispute between an insurer and its insured. This is an issue which should be decided on a case-by-case basis. [cite omitted]

[W]here an insurer, for example, is relying on the advice and opinions of independent experts, then a basis may exist for invoking the doctrine and summarily adjudicating a bad faith claim in the insurer’s favor. [cite omitted. Emphasis in original]

Because a foundation of the duty of good faith and fair dealing is to do a thorough investigation, the genuine dispute doctrine cannot apply to a biased investigation. (Ibid.) The Court then listed some examples of evidence that could show bias.

(1) the insurer was guilty of misrepresenting the nature of the investigatory proceedings [cites omitted];

(2) the insurer’s employees lied during the depositions or to the insured;

(3) the insurer dishonestly selected its experts; (4) the insurer’s experts were unreasonable; and (5) the insurer failed to conduct a thorough investigation. [cites omitted].

It then said in a footnote,

This list is certainly not intended to be exhaustive of the circumstances that may justify submission to a jury of an insurer’s “genuine dispute” defense to a claim of bad faith. Nor, we must also add, may an insurer insulate itself from liability for bad faith conduct by the simple expedient of hiring an expert for the purpose of manufacturing a “genuine dispute. (Ibid.)

At that point, the genuine-dispute defense became ubiquitous. Plaintiffs claimed that there was no difference between a genuine dispute and the definition of bad faith, i.e., that the genuine- dispute doctrine did not create some new defense to bad faith.

When the insurer unreasonably and in bad faith withholds payment of the claim of its insured, it is subject to liability in tort. [cites omitted]. . . A genuine dispute exists only where the insurer’s position is maintained in good faith and on reasonable grounds.

Nor does the rule alter the standards for deciding and reviewing motions for summary judgment.

The genuine issue rule in the context of bad faith claims allows a [trial] court to grant summary judgment when it is undisputed or indisputable that the basis for the insurer’s denial of benefits was reasonable – for example, where even under the plaintiff’s version of the facts there is a genuine issue as to the insurer’s liability under California law. [Citation.] – On the other hand, an insurer is not entitled to judgment as a matter of law where, viewing the facts in the light most favorable to the plaintiff, a jury could conclude that the insurer acted unreasonably. [Citation.] [cite omitted].

Thus, an insurer is entitled to summary judgment based on a genuine dispute over coverage or the value of the insured’s claim only where the summary judgment record demonstrates the absence of triable issues [cite omitted] as to whether the disputed position upon which the insurer denied the claim was reached reasonably and in good faith. [cite omitted].

So, why is there a genuine dispute doctrine

The answer is that a genuine dispute generally refers to a specific type of conduct, which the courts can conclude is not bad faith. Recall that it began in the context of the isolated question of whether there was a good faith dispute over what the law provided. In my experience, the genuine-dispute doctrine in the factual context is generally applied where the only dispute between the parties is a good faith dispute between experts. In other words, if all that is at issue is a genuine difference of opinion between experts on each side, then, in a proper case, a court can conclude that the insurance company did not act in bad faith. When the dispute goes beyond the dispute between experts, courts will generally find the genuine-dispute doctrine not to be helpful, which is what happened in Zubillaga.

The insurance carrier there contended that it relied in good faith on a medical expert. The appellate court, however, found that there was an issue of fact as to whether the insurer asked the expert to consider all of the pertinent and available medical evidence. Failure to do so, would be a failure to investigate, which is a fundamental duty under the duty of good faith and fair dealing. Thus it could not include as a matter of law that there was a genuine dispute. On the other hand, the Court in Paslay v. State Farm General Ins. Co. (2016) 248 Cal.App.4th 639 found that there was no evidence of a failure to investigate and that the only dispute between the parties was a difference of opinion between the experts. It therefore held that there was a genuine issue and, accordingly no bad faith. 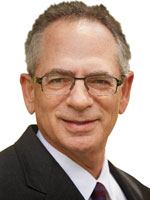 For over 30 years, Arnie Levinson has assisted over 1,000 clients in coming to resolution. He has been routinely involved in shaping state and national legislation in insurance law. He was a founding partner at Pillsbury & Levinson, leaving after 20 years to bring his skills to the field of mediation. He has been a member of ABOTA; served as President of the San Francisco Trial Lawyers Association; and is a three-time recipient of the Presidential Award of Merit from Consumer Attorneys of California.