An adversarial, “must win” attitude is a mediation killer and usually results from confirmation bias on the part of the attorney

The bane of every mediator is the attorney who attends mediation with a biased state of mind. When told of this, most counsel will respond: “Who, me? I am not a biased person!” Of course, that may be true of them personally, but, professionally, they always certainly are regarding her or his client’s case. If an attorney is going to prevail in the case, it is imperative to believe that their position is the correct one and that, should it proceed to trial, it will be the winning one. Ergo, as the matter progresses, all attorneys involved, regardless of who they are representing, or what the subject matter, become highly biased and prejudiced for their client’s side of the dispute.

Adversarial bias as a problem

It may be asked, what the problem is with that, since attorneys are advocates. That is precisely the problem. It is elementary that our American legal system is based on the Common Law British adversarial system. The British Lord Eldon stated in ex parte Lloyd (1822): “The truth is best found by powerful statements on both sides of the question.” The difficulty arises when an attorney assumes representation of a party to a legal dispute. The attorney, as advocate, is required by law and ethics to demonstrate the strongest arguments on their side of the case. In doing so, the lawyer becomes highly biased toward that side.

At the inception of the case, the attorney may recognize that there is some evidence that is potentially very detrimental to their side and wonder how it can be handled in further negotiations or trial. However, of necessity, in constructing the best possible case, counsel must believe “hook line and sinker” everything espoused on the client’s behalf. If that is not done, how will the other parties during negotiations, or a trier-of-fact at trial or arbitration, be convinced that their side should prevail? They won’t.

Therefore, as the “barrel is scraped” for legal and factual arguments supporting their side of the case, counsel’s figurative eyeglasses “become rose colored.” When the job is completed, the attorney has so bought-into the client’s contentions that objectivity, so vital to evaluating the merits of a matter, is almost totally obscured. At this juncture, to both counsel and client, their side has the only correct interpretation of the facts and law. “My client is right!” becomes the advocate’s mantra. The adverse evidence that counsel previously recognized as potentially problematic, is now viewed with little or no concern.

It is a universal human condition, that once one’s mind has been made up, we tend to discount, or reject everything we perceive that challenges or contradicts it. Everything we encounter, we try to make fit our pre-existing, state of mind. There is a term for this psychological process: Confirmation Bias. It is the tendency to interpret new evidence as confirmation of one’s existing beliefs or theories.

In the adversarial context, once we have made up our mind that “My client is right,” everything we encounter thereafter is viewed through that lens and becomes a confirmation of those beliefs. Facts that, at the inception of litigation, were objectively recognized as a potential problem, are no longer so perceived. Counsel has skillfully prepared the case in accord with the client’s contentions, and in doing so, has “drunk the client’s Kool Aid” and lost all perspective. Objectivity has become victim to advocacy, and the mediator’s challenge has begun.

All counsel and parties come to a mediation with the above biased and prejudiced state of mind: “My client is right (your’s is wrong)!” They are “banging heads” due to their adversarial disagreements and are unable to come to a settlement.

A mediator is defined as a “neutral facilitator.” Being neutral, she or he can be totally objective. The mediator is the only person attending the mediation who is able to make an impartial and objective, global assessment of the facts, law, and probable outcome of the case at trial or arbitration.

The mediator’s very difficult task is to convince everyone that it is in their best interests to compromise their positions and resolve the matter by a settlement agreement. This requires that the mediator have enough experience in the subject matter of the dispute to give valid factual and legal insights regarding who is probably correct, but, also, enough familiarity with the courtroom to posit what the likely outcome will be shothe matter proceed to trial.

In addition, the mediator must possess sufficient “people” skills, to persuade entrenched counsel and their client(s) to compromise. Plaintiffs must come down in their expectations and demands, and defendants must come up in their willingness to pay damages or perform requested acts. This can only be accomplished if all counsel understand that it is totally counterproductive to the mediation process if they attend with their minds closed regarding mediator opinions that are not in accord with their pre-conceived beliefs or are intractable as to what their end-of-the day settlement demands or offers will be.

Obviously, prior to the mediation, each side should fully discuss among themselves their expected and desired outcome both at settlement and trial. But, if either side has an unwillingness to keep an open mind in discussing the case with the mediator, or a “cap” on what they will do at the mediation, it will be detrimental to their ability to overcome their subjective, adversarial assessment of the case, and truly consider the unbiased, objective input of the mediator regarding the alleged facts and law of the matter, the value of the case for settlement, and the probable results of a trial or arbitration.

All persons involved in the mediation must come with the intention to attentively listen to and objectively consider the comments of the mediator – a very difficult thing to do once your mind has been made up.

The mediator, of necessity, will give various fully explained opinions to each side, that may be strongly resisted or rejected at the outset. Unless each side has put its prior adversarial conclusions on the “back burner” during the mediation, the process of confirmation bias will prevail, and they will only hear what they have already decided to be the case. The objectivity of the mediator, who hopefully was retained because of his or her competence to impartially analyze the matter, will be soundly ignored or dismissed. Under those circumstances, mediation is a total waste of time and money.

The mediator’s role is largely to overcome the confirmation bias of all sides, by logically explaining the reasons for his or her opinion regarding the potential detriment of particular evidence should the matter go to trial. The goal is to convince each party to compromise. In doing so, unless those who are being addressed have already decided to be objective, they will hear with “deaf ears.” Benjamin Franklin famously said: “A man convinced against his will, is of the same opinion still.” A mind open to reasoned discussion on any relevant topic is essential to be able to compromise one’s position in order to arrive at a settlement agreement.

It is impossible for a party to a case to attain complete objectivity. It is the task of the mediator to overcome this destructive, ever-present confirmation bias. It is the very difficult task of the mediator to get all counsel and parties to believe what they see and hear, i.e., the opinion of the mediator that “this evidence could be a real problem if you go to trial, and here’s why,” and not see and hear what they already believe (confirmation bias), i.e. “What, that’s no problem, we’ve got the case, they have almost nothing. We are right!”

By understanding, recognizing and overcoming as much of their unavoidable confirmation bias as possible, counsel can come to the mediation with a largely open, objective mind, and a desire to confidentially discuss with the mediator anything and everything. Based on those discussions, counsel will be willing and able to re-assess and modify their beliefs about the correctness and value of their client’s case and make appropriate compromises. By doing so, counsel is fully utilizing the mediation process and giving the client the best chance of a very beneficial settlement agreement, thereby avoiding the risks, expenses and stress of trial.

Making the most of an unsettled case

In the unlikely event that the matter is not settled at the mediation, the perspective of the mediator will be invaluable in preparation for trial. All counsel will have received impartial, objective observations from a mediator, presumably one who has extensive courtroom experience. It can be reasonably assumed that the other objective, impartial persons involved in a trial or arbitration, i.e., the judge, jury or arbitrator, will perceive the case similarly as did the mediator. By setting aside confirmation bias for the mediation, counsel will be best able to discuss and consider opinions expressed by the mediator, and with the insights gained, better prepare for the trial.

All counsel can then appropriately re-assume their adversarial posture. As any trial attorney-gladiator now knows, the “We are right and going to win!” mentality, may be a mediation killer, but, also that it is a sine qua non to victory in the courtroom. 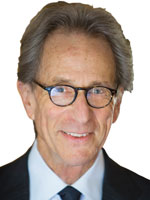 Judge Charles G. “Skip” Rubin (Ret.) was a state and federal litigation attorney for 16 years. He was elected judge in 1983, and retired from the Los Angeles Superior Court after 23 years. Since 2006, he has been a mediator and arbitrator for Alternate Resolution Centers (ARC) in Century City, Downtown Los Angeles and Nevada. He acts as a neutral throughout California and Nevada. Judge Rubin may be booked through ARC, or contacted at charlesrubin@roadrunner.com. 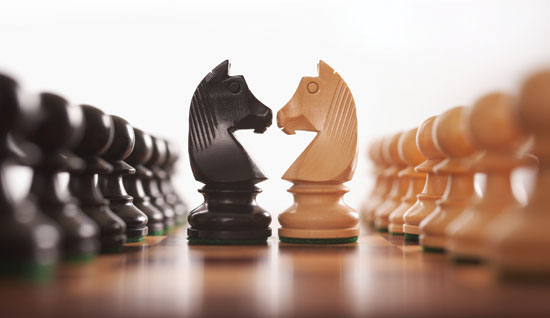