Make your PAGA settlement a blockbuster

The California Supreme Court’s ruling in Iskanian v. CLS Transportation Los Angeles, LLC (2014) 59 Cal.4th 348, foreclosed pre-dispute arbitration agreements of representative PAGA claims. Since then, courts have seen a marked increase in both the number and value of PAGA-only settlements. With PAGA actions now on center stage, an evolving body of law continues to keep audiences on the edge of their seats.

The concept of the private attorney general is hardly novel, dating back hundreds of years to English common law, where a king’s proctor at times represented the public’s interest. (Ibid.)

The California Legislature enacted the Private Attorneys General Act of 2004 (“PAGA”) to “maximize compliance with state labor laws.” (Arias v. Superior Court (2009) 46 Cal.4th 969, 980.) At the time, the Legislature was concerned that the State’s labor law enforcement agencies lacked sufficient funding and staffing to keep up with California’s expanding workforce. (Ibid.) By enabling private citizens to step into the shoes of the State, the PAGA was intended to augment the State’s own efforts to enforce the Labor Code.

Under the PAGA, a private citizen who satisfies the statute’s notice requirements can become deputized as a “private attorney general” and collect civil penalties for Labor Code violations on behalf of the State of California and aggrieved employees. Since a PAGA plaintiff acts as a proxy of the state, a PAGA lawsuit “functions as a substitute for an action brought by the government itself.” (Id. at 986.) A PAGA action is, therefore, a type of qui tam action. (Iskanian v. CLS Transp. Los Angeles, LLC (2014) 59 Cal.4th 348, 382.) A PAGA dispute “is a dispute between an employer and the state - which alleges directly or through its agents – either the [LWDA] or aggrieved employees – that the employer has violated the Labor Code.” (Id., 386-387.) The State remains a primary beneficiary of any PAGA penalties that the aggrieved employee recovers – 75 percent of all penalties must be distributed to the California Labor and Workforce Development Agency (“LWDA”), while the remaining 25 percent is distributed to aggrieved employees. An aggrieved employee who prevails in a PAGA action is entitled to an award of reasonable attorney’s fees and costs, under Labor Code section 2699(g)(1).

The advantages of a PAGA action

For a plaintiff who has suffered Labor Code violations, a PAGA claim can have numerous advantages. Some “highlights” include the following:

An employer cannot compel a pre-dispute PAGA claim to arbitration. In Iskanian v. CLS Transportation Los Angeles, the California Supreme Court held that a PAGA representative action could not be waived or compelled to arbitration by way of a pre-dispute employment agreement. (See Iskanian v. CLS Transp. Los Angeles, LLC, 59 Cal.4th, supra.) The Court unequivocally held that any agreement which purports to do so is “contrary to public policy and unenforceable as a matter of state law.” (Id. at 384.)

The PAGA establishes default penalties for Labor Code provisions which do not specifically provide for the recovery of civil penalties. The penalties that an aggrieved employee may recover under the PAGA are either (1) the amount specified by the underlying Labor Code provision alleged to have been violated; or, if no penalty amount is specified, (2) the default penalty amount set by the PAGA, i.e., $100 per aggrieved employee for each initial violation and $200 per aggrieved employee for each subsequent violation. (Lab. Code, § 2699, subd. (a) & (f).)

In the wake of Iskanian, employers have attempted to chip away at the PAGA and limit its impact. Spoiler Alert: Thus far, California courts have generally declined to water down the PAGA, citing the fundamental public policy underlying the statute and the nature of a PAGA claim as a dispute between the employer and the State.

PAGA claims cannot be “split” into arbitrable individual claims and non-arbitrable representative actions – Defendants have argued that an employee must arbitrate his individual “aggrieved” status before proceeding with a PAGA representative action in court. Multiple courts have rejected this argument, holding that a PAGA action by definition does not contain an “individual” claim that can be bifurcated and separately arbitrated. (See, e.g., Hernandez v. Ross Stores, Inc., (2016) 7 Cal.App.5th 171, 175, review denied (Mar. 29, 2017) (arbitrator can’t decide whether plaintiff is an “aggrieved” individual under PAGA); see also, Williams v. Superior Court (Pinkerton) (2015) 237 Cal.App.4th 642, 649 (“a single representative PAGA claim cannot be split into an arbitrable individual claim and a nonarbitrable representative claim.”).)

Claims for unpaid wages under Labor Code section 558 may or may not be arbitrable – Labor Code section 558 allows an employee to recover civil penalties “in an amount sufficient to recover underpaid wages” in addition to specific penalties of fifty dollars ($50) for initial violations and one hundred dollars ($100) for subsequent violations. (Lab. Code, § 558, subd. (a)(1) & (a)(2).) In Esparza v. KS Industries (2017) 13 Cal.App.5th 1228, California’s Fifth District Court of Appeal held that PAGA penalties seeking underpaid wages under section 558 could be carved out of a PAGA claim and compelled to arbitration.” The Fifth Circuit reasoned that any unpaid wages recovered under section 558 must be paid to the “affected employee” rather than the State and that an aggrieved employee can bring a section 558 claim in an individual capacity without the authority of the PAGA statute. (Lab. Code, § 558, subd. (a)(3).) More recently, the Fourth Circuit Court of Appeal reached the opposite conclusion. In Lawson v. ZB, NA, (2017) 18 Cal.App.5th 705, the Fourth Circuit held that claims for unpaid wages under section 558 “are indivisible from claims for civil penalties” and cannot be carved out of a PAGA claim and compelled to arbitration. (Lawson v. ZB, N.A., (2017) 18 Cal.App.5th 705, 725, as modified (Dec. 21, 2017). rev. granted (March 12, 2018).) In expressly “part[ing] company” with Esparza, the Lawson court persuasively argued that “prior to enactment of PAGA there was no private remedy under section 558” and “there is no basis upon which to conclude that recovery under the statute will largely go to individual employees.” (Lawson v. ZB, N.A., 18 Cal.App.5th, supra at 722.) The Lawson decision is currently under review by the California Supreme Court.

In the wake of Iskanian and its progeny, the PAGA has garnered increased attention from California’s legal community. There has been a sharp increase in the number of PAGA cases filed and settled – and in the value of PAGA settlements reached.

With the proliferation of PAGA settlements, courts and the LWDA are taking a closer look at proposed settlements which purport to release PAGA claims in exchange for minimal value. In O’Connor v. Uber Technologies, a federal judge rejected a proposed $100 million class action settlement which included a $1 million PAGA allocation, based in part on a letter from the LWDA contending that the defendant could face up to $1 billion in liability under PAGA. (O’Connor et al. v. Uber Technologies Inc. et al., Case No. 3:13-cv-03826, is pending in the United States District Court for the Northern District of California., 201 F.Supp.3d 1110, 1134 (N.D. Cal. 2016).) In a separate PAGA-only action against Uber, a California state court recently approved a proposed settlement of $7.75 million. (Steven Price v. Uber Technologies Inc., Los Angeles Superior Court Case No. BC554512.)

Behind the scenes: Gearing up for mediation

Some employers have attempted to sidestep Iskanian’s ruling by procuring so-called “post-dispute” arbitration agreements from would-be aggrieved employees. (Iskanian, 59 Cal.4th, supra at 383.) These employers narrowly construe the Iskanian holding as barring only pre-dispute waivers, emphasizing the decision’s statement barring the waiver of “the right to bring a PAGA action before any dispute arises.” (Id. (emphasis added).) In support of this remark, the court pointed to Armendariz v. Foundation Health Psychcare Services, Inc. as authority for the proposition that “waivers freely made after a dispute has arisen are not necessarily contrary to public policy.” (Id., citing Armendariz v. Foundation Health Psychcare Services, Inc. (2000) 24 Cal.4th 83, 103, fn. 8.)

In a helpful decision for plaintiffs, California’s Second District Court of Appeal recently provided some guidance on the issue of these so-called “post-dispute” waivers in Julian v. Glenair Inc. (Julian v. Glenair, Inc. (Ct. App. 2017) 17 Cal.App.5th 853, as modified on denial of reh’g (Dec. 13, 2017), review denied (Feb. 14, 2018).) In Julian, the defendant rolled out arbitration agreements to its employees while class allegations were pending in a separate action. After plaintiff Julian signed one of the purported agreements, the employer contended that the agreement was a valid “post-dispute” waiver, and that the plaintiff lacked standing to bring a PAGA action in court.

Importantly, at the time the plaintiff signed the agreement, she had not yet provided notice to the LWDA, which is a statutory prerequisite to commencing a PAGA claim on behalf of the State. The Second District held that the agreement was invalid based on the lack of notice to the LWDA, determining that “the predispute/postdispute boundary is crossed when the pertinent employee is authorized to commence a PAGA action as an agent of the state.” (See Julian v. Glenair, Inc., 17 Cal.App.5th 853, supra at 868.)

Relying on the Fourth District Court of Appeal’s decision in Chindarah v. Pick Up Stix, Inc., (2009) 171 Cal.App.4th 796, employers have attempted to solicit releases from employees to limit liability. Chindarah involved a putative class action lawsuit brought by two plaintiffs based on alleged wage-and-hour violations. After failed mediation attempts, the defendant approached individual class members and offered them payments in exchange for a full release of their claims. The trial court upheld the agreements. (Id. at 803.) Julian and Iskanian call into question the applicability of Chindarah to PAGA releases – under those rulings, employees have to provide notice to the LWDA before releasing their PAGA claims. Additionally, all PAGA settlements under Labor Code section 2699(l)(2) must obtain court approval. Accordingly, plaintiffs can argue that employees cannot release a PAGA claim by way of an individual agreement without obtaining court approval.

Setting the stage for court approval – making it a hit

You’ve settled your PAGA claim – let’s have a round of applause! Not so fast. There are several considerations that attorneys should keep in mind when negotiating the mechanics of a PAGA settlement to increase the chances of court approval.

Notice Requirements. Under the PAGA, any proposed PAGA settlement must be sent to the LWDA for review at the same time it is submitted to the court. (Ibid.)

Court Approval. A PAGA settlement requires court approval. (Lab. Code, § 2699, subd. (l)(2).) However, it remains unclear whether PAGA settlements are subject to a two-step approval process, as with traditional class actions. Instead of filing motions for preliminary and final approval, some attorneys argue that a PAGA plaintiff need only file one motion seeking court approval of the PAGA settlement. Attorneys who maintain this position contend that the PAGA does not provide guidance as to the standard of a court’s review, nor does it contain specific findings that must be made by the court, as is the case with class actions under California Code of Civil Procedure section 384 or Federal Rule of Civil Procedure Rule 23. Absent clear authority, trial courts have gone both ways on the issue. Attorneys seeking to avoid providing notice should be prepared to provide substantial justification to the Court.

When preparing PAGA settlement agreements, attorneys should be mindful of the amount attributable to penalties under section 558.

Objections and Appeals. Recently, the California Supreme Court in Hernandez v. Restoration Hardware, Inc. (2018) 4 Cal.5th 260, affirmed that an objector in a state civil action must intervene in order to be an aggrieved party of record with a right to appeal. Accordingly, those seeking to object are advised to file a motion to intervene.

As attorneys continue to file, mediate, and settle PAGA claims, the body of law surrounding the statute continues to evolve. In the meantime, PAGA-only lawsuits remain in the limelight and are expected to stay there for years to come. (End scene.) 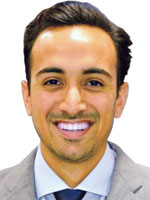 Tagore Subramaniam is a Senior Attorney at Matern Law Group, PC. He recently served as lead appellate counsel in Julian v. Glenair, Inc. (2017) 17 Cal.App.5th 853, review denied (Feb. 14, 2018). Mr. Subramaniam has been selected as a Southern California Rising Star every year since 2016. He has successfully litigated and favorably resolved class actions on behalf of thousands of employees, as well as individual cases involving harassment, discrimination, retaliation, and wrongful termination. 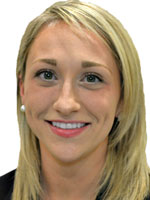