Getting tough evidence admitted at trial

Some rules may seem to preclude your evidence, but there can be exceptions

There are certain types of evidence that trial lawyers often try to get admitted at trial, and are often stymied because of public-policy rules or other limitations. This article addresses these common issues, and provides guidance for how to overcome the normal hurdles.

Evidence Code section 1151 states: “When, after occurrence of an event, remedial or precautionary measures are taken, which, if taken previously, would have tended to make the event less likely to occur, evidence of such subsequent measures is inadmissible to prove negligence or culpable conduct in connection with the event.” As the California Supreme Court in Alcaraz v. Vece (1997) 14 Cal.4th 1149, 1169 explained, “Section 1151 by its own terms excludes evidence of subsequent remedial or precautionary measures only when such evidence is offered to prove negligence or culpable conduct.” (Emphasis in the original). “This rule does not require the exclusion of evidence of subsequent measures when offered for another purpose, such as proving ownership, control, or feasibility of precautionary measures, if controverted, or impeachment.” (Ibid. Emphasis added.)

Cannot use Section 1151 for failure to act

Hilliard v. A. H. Robins Co. (1983) 148 Cal.App.3d 374, 401 is instructive. In Hilliard, the defendant was accused of leaving a product on the market after it knew it was causing injuries for a period of time that went beyond the date of the plaintiff’s actual injury. The defendant tried to use Section 1151 to argue that its failure to withdraw the product from the market was considered subsequent action and should be excluded under Section 1151. The court rejected the idea stating that a defendant cannot invoke Section 1151 when it fails to act. In doing so the court held:

Evidence Code section 1151 makes evidence of subsequent repairs inadmissible to establish prior negligence or other culpable conduct. This statutory exclusion of evidence rule is based on a public policy consideration that the exclusion of such evidence encourages persons to take subsequent precaution for the purpose of promoting and encouraging safety, without fear of having such conduct used to establish liability. … The policy purpose of Evidence Code section 1151 is to exclude evidence of affirmative remedial or precautionary conduct. The policy consideration was not to exclude evidence of the failure to make changes in a defective product or the failure to withdraw a dangerous product from the market. Admitting evidence of no product change or of no withdrawal from the market, on the issue of punitive damages, is consistent with the public policy consideration of Evidence Code section 1151. Failure to make changes in a known defective product, failure to remove such a product from the market does not promote public safety. Such conduct is contrary to any policy aimed at promoting or encouraging public safety.

In Hatfield the allegation concerned a fall on a waxed floor. Plaintiff claimed that defendant should not have waxed the area of the floor where the fall occurred. Defendant offered testimony that they observed the floor shortly after the incident and saw nothing unusual about the floor that indicated it should not be waxed. Plaintiff sought to put into evidence testimony that after the fall the defendant issued instructions to stop waxing that particular area of the floor. Defendant objected on the grounds that this was a subsequent remedial measure. The Court overruled the objection holding:

The plaintiff sought to introduce evidence that after the plaintiff’s fall, the defendant stopped waxing the area of the floor where the fall occurred. The defendant objected on the grounds of subsequent remedial measures and the defendants at all times maintained that there was nothing wrong with the floor. The evidence of his having later ordered that the floor not be waxed tended to impeach that testimony by showing that he had changed his mind with reference to there being nothing wrong with the floor, and was admissible for that purpose. The word “unusual” as used by the witness under the circumstances may be interpreted to mean “wrong.”

In Daggett the defendant was a rail company. At trial the signal engineer for the defendant testified as an expert witness. The witness testified that the signal used by the defendant at the time of the injury was safe. Counsel for plaintiffs, over objection, noted that since the incident the single signal had been changed to two “flashing light signals” located eight feet above the ground level. The defense claimed this evidence was barred as a subsequent remedial measure. Relying on cases such as Hatfield, the Daggett Court stated that the change to the signal after the incident was relevant to impeach the witness’s opinion that the signal at the time of the incident was safe.

Always keep in mind what the public policy is behind the enactment of Section 1151 when arguing that certain evidence should come into play. The policy behind it is to encourage people to remedy dangerous conditions so that people do not continue to get hurt, and by ruling that the remedy cannot be used as evidence of negligence that should encourage people to do so. Therefore always find out who actually remedied the situation. Was it the defendant? You can argue that if it was not the actual defendant that remedied the situation, then Section 1151 should not apply because the defendant did not actually take any action. Additionally, was the defendant ordered and/or required to remedy the situation? For example, did some regulatory agency tell the defendant they had to make a change? If so, then once again you have an argument that the policy behind Section 1151 does not apply because defendant did not choose to make the change they were required to.

“A court has considerable discretion when, after viewing all the evidence at trial, it is asked to determine whether the circumstances of a proffered experiment or demonstration are ‘substantially identical’ to the circumstances presented by the evidence.” (Ehrhardt v. Brunswick, Inc. (1986) 186 Cal.App.3d 734, 741; 2 Witkin Cal. Ev. (3d ed. 1986) Demonstrative, Experimental and Scientific Evidence, § 856, pp. 820-821 [“[T]he trial judge has a broad discretion to admit or exclude experimental evidence.”]) Reversal is warranted “only where the trial court has clearly abused its discretion.” (People v. Boyd (1990) 222 Cal.App.3d 541, 566.)

Evidence of demonstration engaged in to test the truth of testimony that a certain thing occurred is admissible only where (1) the demonstration is relevant, (2) its conditions and those existing at the time of the alleged occurrence are shown to be substantially similar and (3) the evidence will not consume undue time or confuse or mislead the jury. (People v. Bonin (1989) 47 Cal.3d 808, 847.) The party offering the evidence bears the burden of showing that the foundational requirements have been satisfied. (Id. at p. 847.) The determination whether to admit demonstration evidence requires the trial court to decide whether the evidence is “of any value in aiding the jury.” (People v. Terry (1974) 38 Cal.App.3d 432, 445.) The trial court’s ruling on admissibility will be reversed only where the trial court abused its broad discretion. (People v. Boyd (1990) 222 Cal.App.3d 541, 565-566; Culpepper v. Volkswagen of America, Inc. (1973) 33 Cal.App.3d 510, 522; Garcia v. Hoffman (1963) 212 Cal.App.2d 530, 535.)

Thus, in Ehrhardt v. Brunswick, Inc. (1986) 186 Cal.App.3d 734, 740, the court concluded that an experiment relating to a boating accident was properly excluded where the expert premised his experiment on a 17 pitch propeller while the accident boat may have had a 15 pitch propeller. For the smaller propeller, the expert’s calculations would have been 11 percent too high. Further, the speed calculations by the expert were not entirely consistent with the witnesses’ testimony.

In People v. Gilbert (1992) 5 Cal.App.4th 1372, Gilbert requested permission to present an in-court demonstration using live models with the same physical characteristics as himself and Donnie, to reenact the events to which Donnie testified. The models would not, however, engage in any flesh-to-flesh contact. Gilbert made an offer of proof that he was over six feet tall, weighed slightly under 300 pounds and was approximately 45 years old at the time of the incident. Donnie had testified that, at the time of the incident, she was between three feet, six inches, and four feet tall, weighed between 70 and 80 pounds, and was 11 years old.

Gilbert presented two models who were to represent himself and Donnie at the time of the incident. The 39-year-old male model was five feet, eleven inches tall and weighed 302 pounds. The 26-year–old female model was five feet, one inch tall and weighed 94 pounds. Noting the disparity between the models and the participants in the alleged incident, the court said “you have to get past the foundational requirements for similarities, which I feel you haven’t met even on the physical characteristics, not even mentioning physical coordination, emotional state, the conditions that existed at the time.” The court ruled the evidence inadmissible because Gilbert had failed to establish that the conditions of the experiment would be substantially similar to the alleged occurrence at issue.

The appellate court held that the trial court’s ruling was well within its sound discretion. (Ibid.)

Authentication of a writing means (a) the introduction of evidence sufficient to sustain a finding that it is the writing that the proponent of the evidence claims it is or (b) the establishment of such facts by any other means provided by law. (Evid. Code, § 1400.)

The means of authenticating a writing are not limited to those specified in the Evidence Code. For example, a writing can be authenticated by circumstantial evidence and by its contents. (People v. Landry (2016) 2 Cal.5th 52, 87.)

A writing may be authenticated by evidence that the writing refers to or states matters that are unlikely to be known to anyone other than the person who is claimed by the proponent of the evidence to be the author of the writing. (Evid. Code, § 1421.)

Make sure to get a custodian of records declaration with all subpoenaed and/or requested records. (Evid. Code, § 1561.)

(a) The records shall be accompanied by the affidavit of the custodian or other qualified witness, stating in substance each of the following:

(1) The affiant is the duly authorized custodian of the records or other qualified witness and has authority to certify the records.

(2) The copy is a true copy of all the records described in the subpoena duces tecum or search warrant, or pursuant to subdivision (e) of Section 1560, the records were delivered to the attorney, the attorney’s representative, or deposition officer for copying at the custodian’s or witness’ place of business, as the case may be.

(3) The records were prepared by the personnel of the business in the ordinary course of business at or near the time of the act, condition, or event.

(4) The identity of the records.

(b) If the business has none of the records described, or only part thereof, the custodian or other qualified witness shall so state in the affidavit, and deliver the affidavit and those records that are available in one of the manners provided in Section 1560.

Hopefully the case law above is helpful in crafting your arguments for admissibility. 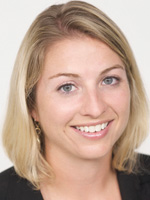 Taylor Rayfield is an associate at Greene Broillet & Wheeler. She focuses her trial practice on products liability, catastrophic personal injury, wrongful death, business torts and legal malpractice. She has successfully helped litigate and settle a wide range of cases. Taylor attended the University of North Carolina, Chapel Hill, where she earned a B.S. in Business Administration. She also played varsity volleyball and broke UNC and NCAA records in 2005. She then attended Loyola Law School where she earned her J.D. 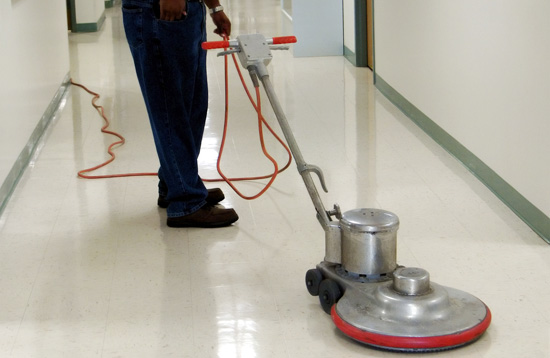