Electrical, gas, sewer and water lines weave their way under, above, and through California. We saw the damage that such infrastructure can cause when it fails in September 2010 with the explosion of a 30-inch PG&E gas transmission line, which killed eight people, injured dozens more and destroyed 40 homes, and five years later to the day with the Butte Fire, which was started by contact between a tree and a PG&E powerline, and subsequently destroyed 70,000 acres, over 1,000 structures, killed two people and injured others.

In my very first case as a practicing attorney, my clients’ home became flooded by raw sewage when, during a rain storm, a sewer main clogged and backed up. The sewage escaped the main through the closest exit it could find – the lateral that led directly into my clients’ home. They were not home, so raw sewage seeped up through their bath and sink drains for hours before it was discovered. It saturated their hardwood floors and invaded their HVAC system.

When we requested the video of the sewage line taken during the investigation (which we found a city employee had, in a moment of misguided humor, entitled “On Ramp to the Poo Poo Expressway”) it showed thick tree roots growing into and blocking the main. The city was not able to produce maintenance records because, as we discovered, it did not maintain the lines with any regularity and only inspected them when there was a known issue.

In addition to pleading negligence-based claims, we pled a cause of action for inverse condemnation, which is a distinct cause of action for property damage available against governmental entities or state actors. “The fundamental justification for inverse liability is that the government, acting in furtherance of public objectives, is taking a calculated risk that private property may be damaged.” (Arreola v. County of Monterey (2002) 99 Cal.App.4th 722, 742, citing Yee v. Sausalito (1983) 141 Cal.App.3d 917, 920.)

It is important to note at the outset that, under inverse condemnation, only damages to real and personal property are recoverable. The claim does not allow recovery of other damages.

Both eminent domain and inverse condemnation are strongly grounded in public policy, which requires the compensation to private property owners whose property is taken or damaged by a public work or public improvement operated for public use whenever the owner of damaged property, if uncompensated, would contribute more than his proper share to the public undertaking.

Inverse condemnation is a strict-liability cause of action. The entity did not have to act negligently or violate regulations to be held liable for the damage to property. Neither foreseeability nor fault need be shown. “[A] public entity may be liable in an inverse condemnation action for any physical injury to real property proximately caused by a public improvement as deliberately designed and constructed, whether or not that injury was foreseeable, and in the absence of fault by the public entity.” (Souza v. Silver Development Co. (1985) 164 Cal.App.3d 165, 170; CSAA v. City of Palo Alto (2006) 138 Cal.App.4th 474 [Liability may attach for any physical injury to real property caused by a deliberately designed and constructed improvement even if there is no negligence on the entity’s part and the injury was not foreseeable.].)

Did a public improvement cause the damage?

In my “poop case” the public improvement was the sewer main. It was deliberately installed by the city. It was owned, operated and in use as intended by the city. It served the public. We needed only to show that the infrastructure caused the damage to my clients’ home to prevail. That was simple. The sewer main backed up and caused raw sewage to enter and damage my clients’ home.

In the PG&E cases, the public improvements that the company deliberately designed and constructed were the 30-inch gas transmission line that exploded under the Crestmoor neighborhood in San Bruno and the electrical distribution line in Amador County that ignited the Butte Fire when it was contacted by a tree. There was no question in either case that those public improvements were the factual cause of each incident.

PG&E is a private public utility, not a governmental entity. However, in Barham v. Southern California Edison (1999) 74 Cal.App.4th 744, the court followed Gay Law Students Assn. v. Pacific Tel. & Tel. Co. (1979) 24 Cal.3d 458, in holding that a public utility is a state actor and is, in many respects, more akin to a governmental entity than to a purely private employer. “The nature of the California regulatory scheme demonstrates that the state generally expects a public utility to conduct its affairs more like a governmental entity than like a private corporation.” (Gay Law Students Assn. v. Pacific Tel. & Tel. Co. (1979) 24 Cal.3d 458, 469.) As such, the Barham court reasoned that there is no significant difference between a privately owned utility and a public utility, the likes of which had been held liable in inverse condemnation under virtually identical facts in Marshall v. Department of Water & Power (1990) 219 Cal.App.3d 1124 and Aetna Life & Casualty Co. v. City of Los Angeles (1985) 170 Cal.App.3d 865. (See also Pacific Bell. v. Southern California Edison Co. (2012) 208 Cal.App.4th 1400, 1404.)

The Barham court distinguished the prior case of Cantu v. Pacific Gas & Electric Co. (1987) 189 Cal.App.3d 160, in which the court held that inverse condemnation did not apply because the improvement, in that case an electrical distribution line, did not serve a public purpose. In that case, the line served only a 16-unit subdivision. (Cantu v. Pacific Gas & Electric Co. (1987) 189 Cal.App.3d 160, 164 [The court concluded the use was “unlike the construction of permanent transmission towers or power lines, which are designed to transmit electricity over a much greater area.”].)

Procedurally, liability for inverse condemnation can be achieved by a motion pursuant to Code of Civil Procedure section 1260.040. The motion must be made no later than 60 days before commencement of trial on the issue of compensation and heard by the trial judge. We made and prevailed on this motion in both the San Bruno and Butte Fire cases. If the court concludes that there is liability, i.e., that a taking has occurred, the case moves into a second phase during which the issue of compensation is fixed by a jury. (People v. Ricciardi (1943) 23 Cal.2d 390, 402-404; Dina v. People ex rel. Dept. of Transportation (2007) 151 Cal.App.4th 1029, 1042-1043.)

The other benefit of an inverse claim is that the prevailing plaintiff is entitled to collect reasonable costs, disbursements, and expenses, including reasonable attorney, appraisal, and engineering fees, actually incurred. (Code Civ. Proc., § 1036.) Inverse condemnation does not allow the recovery of punitive damages.

As I write this article the investigation into the causes of the Tubbs, Atlas Peak, and Nuns fires in the wine country and North Bay continues. It remains to be confirmed whether PG&E’s or other utilities’ infrastructure caused any or all of these fires. If they did, inverse condemnation will again be alleged in an effort to recover damages to real and personal property. 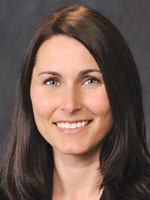 Amanda Riddle is a partner with the firm of Corey, Luzaich, de Ghetaldi, Nastari & Riddle LLP in Millbrae. Ms. Riddle served as co-liaison counsel in the PG&E San Bruno Fire coordinated litigation stemming from the September 2010 explosion of a PG&E gas transmission line. She currently serves as co-liaison counsel in the PG&E Butte Fire cases and represents victims of the North Bay and Wine Country fires.