The role of negativity and positivity in the parties’ decision making

One of the most important influences is the negativity and positivity that plays out in the parties’ decision-making during the progression of negotiations and the achievement of agreed settlements. Parties consciously assess the progress being made in negotiations by the numbers that are being exchanged, but the underlying progression that is essential to achieving an agreed dispute resolution involves the parties completing an internalized transition from negativity to positivity. It has been shown that people tend to place greater positive value on what they ultimately agree to than they placed on all of their own prior proposals made during the process of coming to an agreement. (Curhan et al., Dynamic Valuation: Preference Changes In The Context Of Face-To-Face Negotiation, 40 Journal of Experimental Social Psychology, 142-151 (2004) [study of “dissonance avoidance” in negotiated agreements].)

As money negotiations progress and parties’ demands and offers move closer to each other, a natural transition occurs in the parties’ perceptions of their own self-interests. Once parties perceive demands and offers in terms of what they can get, as opposed to what they are giving up, settlement becomes possible, and not until then.

Conflict and negativity are inherent in litigation and litigation-related negotiations. Such litigation-related money negotiations, like litigation itself, are essentially adversarial proceedings driven by competing self-interests – plaintiffs want money and defendants resist. Settlement demands and offers are in no small measure expressions of the parties’ respective interests and positions

Not unexpectedly, the negotiating positions that one party takes and the corresponding negotiating moves they make engender negative reactions from the opposing party. Indeed, this is often the effect intended by parties when making demands and offers, especially at the beginning of negotiations.

A “competitive” or “distributive” negotiation process is so named because a demand for money draws a response that defines a field between the high and low numbers over which the parties “compete” for position by exchange of demands and offers “distributed” across that field. In a money negotiation, plaintiffs have little choice but to make a demand that seeks a “competitive” or “distributive” response from the defense. In doing so, they usually start high in order to try to “anchor” the negotiation above a settlement target level toward which they will inevitably have to move in order to achieve settlement.

Since defendants (and insurers) resist having their negotiation options controlled by high demands, they tend to react negatively from the outset by responding with low opening offers. In turn, plaintiffs respond negatively to defendants’ low opening offers. For instance, take the example of a plaintiff opening a negotiation with a $1,000,000 demand. At that moment, the defendant is still at 0, but the mid-point between $1,000,000 and 0 is at $500,000 before the defendant even responds. If the defense hopes to settle the case between $200,000 and $250,000, any opening response carries with it the potential implication that the defense is validating a mid-point in the $500,000 range. Typically, the defense in this circumstance responds with a very low offer, such as something in the $5,000 to $25,000 range, essentially attempting to “reverse anchor.” Thus, the negotiation process starts with, and becomes grounded in, mutual negativity. This type of negativity then accompanies each successive exchange of demands and offers, which correspondingly serves the parties’ opposing self-interests. If the entirety of the negotiation becomes mired in self-interested negativity, achieving settlement will remain elusive.

Unlike plaintiffs, who have no choice but to start a competitive negotiation with a demand, defendants have opening options, essentially two of them. (Little, Making Money Talk (ABA Publications, 2007).) Defendants can directly respond to a plaintiff’s demands with offers aimed at initiating and continuing with a competitive or distributive negotiation. If that is the defendant’s intention, it suggests that the opening mid-point range is acceptable as a starting point. However, defendants also have the option to make offers that constitute portions of movement toward their own pre-authorized target settlement amount. If that occurs, it does not constitute a direct response to the plaintiff’s opening demand and it does not endorse or start a competitive or distributive negotiation. Typically, defendants do not reveal their intentions at the outset, or if they reveal them to a mediator, it is only on a confidential basis. In either case, negativity persists.

In the early phases of money negotiations, the parties have little choice but to be guided by and serve their own self-interests, which in turn fosters and reinforces negativity between and among the parties. The fact is, however, settlement is usually not achieved until the parties’ attitudes have transitioned from negativity to positivity; in this context, positivity refers to a party viewing the settlement, not necessarily the opposing party or their positions, in a positive light. In other words, assessment of the desirability of agreeing to a settlement remains guided by self-interest. Settlements rarely occur because one party abandons its own position or accepts an opponents’ position. Parties typically feel as convinced of the correctness of their positions at the conclusion of successful negotiations as they did at the outset. Settlement typically represents compromise, rarely concession.

Contributions of mediators in money negotiations

Mediators can make a number of contributions to the negotiation process that bear on the necessary progression from negativity to positivity. One contribution is providing the parties with essential positivity at the outset and at the most difficult phases of the negotiation in order to encourage movement and progress. Initially, establishing trust in the mediator, confidence in the process and instilling a general hope for negotiation success lays the foundation for positivity. Throughout the negotiation, when communicating counter-proposals, facilitative mediators usually “pre-rate” (contextualize) the demands and offers in order to deflect or soften their inherently negative impacts on the receiving party.

Another contribution is providing the parties with negotiation-related insights and options aimed at supporting the negotiation process. In the vernacular of the Harvard dispute resolution program, a mediator helps “build a bridge.” (See e.g., Fisher, Ury and Patton, Getting to Yes (Penguin, 2011 revised edition).) By this analogy, the parties are seen as occupying positions on either side of a gorge (the gap between their respective positions), firing projectiles (their respective adverse positions) at each other. In order to come together despite the gorge that separates them, someone neutral (the mediator) must help build a bridge, which the parties lack the tools and resolve to construct themselves, and ultimately guide them to the bridge and across to the middle of it (reaching settlement).

Guidance may involve introducing and educating the parties about negotiation options to address and overcome the impasses that commonly and repeatedly arise over the course of money negotiations. The process of competitive or distributive negotiation essentially involves creating, meeting, and attempting to overcome one impasse (gap between positions) after another. This type of negotiation has limited potential for ultimate success when one or another party is not fully committed and engaged in the process or when the inherent negativity associated with exchanging demands and offers produces a stalemate (a gap that one or another party avers is insurmountable).

In competitive negotiations, when impasses or stalemates occur, it is not unusual for parties to resort to use of brackets (demands or offers conditioned on the opposing party also accepting a pre-designated response). Bracketing can certainly be useful in overcoming impasses and stalemates, but it can also be both complicated and controversial. Use of brackets cannot produce results unless all parties agree to their use. In addition, while brackets have certain advantages over exchange of simple demands and offers, such as signaling further movement and speeding up the process, they do not eliminate negativity. (Bracket negotiating is a complex topic, and a full discussion of it is beyond the scope of this article).

BATNA-related discussions also allow for realistic discussion of the impact of trial-related costs and attorney fees on client net recoveries. One advantage of this approach is deflection, if not removal, of the impact of negativity on the parties’ thinking by encouraging parties to focus on their own assessment of reasonable outcome possibilities as opposed to negative reactions to opponents’ positions.

In another approach, sometimes called “hypothetical negotiating,” the mediator confidentially presents and discusses with parties hypothetical settlement scenarios to test the parties’ willingness to embrace further possibilities for compromise than previously acknowledged by the party. Typically, this approach involves the mediator asking the parties something along the lines, “If we cannot get opposing party to A, would you be willing to consider B?” And this is then repeated with other progressive options in the hope of moving the parties closer together. This approach helps to blunt negativity by having the parties focus more on what they may be able to achieve rather than on reacting to the opposing parties’ position. However, it may be disfavored by either the plaintiff or the defense if either perceives it to constitute the mediator putting in play and encouraging settlement levels that the party would otherwise strenuously resist.

In yet another approach to reducing the impact of negativity, the mediator might engage in what may be called “confidential negotiating;” confidentially determining the parties’ “want,” “willing” and “have to” positions (which may be expressed as specific settlement numbers or as ranges). In this technique, the mediator speaks confidentially to each party in order to explore what the party wants the settlement to be. Once the mediator has some understanding of one party’s “want” number, the same level of understanding is elicited confidentially from the other party. The mediator then goes back and forth to confidentially try to determine what each party might be “willing” to agree to if they could not get what they want. The next level is then explored – what each party would agree to if they “have to” because they could not get what they want or what they were willing to do. The advantages to this approach are twofold: elimination of negativity by focusing on each party’s own wants and needs; and maximum narrowing of potential gaps between the parties without resorting to negative exchanges.

Finally, and often as a last resort, mediators may be called upon to formulate a Mediator’s Proposal. By such proposals, the mediator typically proposes a settlement amount falling somewhere between the parties’ “final” negotiating positions for the parties to accept or reject confidentially. If both parties accept, the matter is settled, but if either party rejects, no settlement occurs. Mediator’s Proposals blunt, but do not eliminate, negativity unless mutually accepted. Generally, these proposals can accomplish one good thing (settlement), but carry the risk of doing two bad things: undermine the settlement position of one of the parties; or prematurely terminate a negotiation. It is for this reason that careful mediators do not resort to a Mediator’s Proposal unless all parties want one and all parties commit to giving them serious consideration. In other words, the mediator seeks pre-assurance that there is a real possibility of mutual acceptance. Not infrequently, “confidential negotiation” (discussed above) amounts to preparation for a Mediator’s Proposal, which may, in the course of completing that process, ultimately become unnecessary.

Litigation-related money negotiations involve many factors that can impact and influence the negotiation process. Significantly, negativity and positivity plays out in the parties’ decision-making during the progression of negotiations and the achievement of agreed settlements. Conflict and negativity are inherent in litigation and litigation-related money negotiations, which are driven by competing self-interests. Settlement is not achieved until the parties’ attitudes have transitioned from negativity to positivity, embracing the result. Mediators help address and overcome impasses inherent in competitive or distributive negotiation. This contribution to the process may include use of bracketing, range negotiating, BATNA-related discussions, hypothetical negotiating, confidential negotiating, and Mediator’s Proposals. 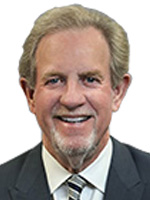 Doug deVries is a full-time mediator affiliated with Judicate West, conducting mediations throughout California. He has over 40 years’ experience litigating and mediating civil cases.