To create a trial-ready animation, an animation artist or animator first needs all the information and case materials from the experts and attorneys, especially the dimensions of the scene, subjects, and vehicles involved.

When the animator receives the collected data from the expert, which includes the velocity, speed, distance traveled, weight, load and damages to the vehicles and injured parties, the materials are organized into two categories: accident and injury. The animator will then work on more than twelve different processes to create an animation of the accident scene and injuries sustained.

One of the main goals for an animator is to build every component of the animation based on expert foundation. In a perfect world, animations would be “objection-free” but they are not, and without the proper foundation they will not be admitted at trial. So an artist must take extra precautionary measures to ensure the work coincides with foundational certainty every step of the way.

An animator’s computer toolkit is similar to the expert’s instruments and measuring tools in the field. The animation artists will use professional computer software to build the framework using centimeters or inches as their units of measure, and a one-to-one ratio to scale and build the models. Some industry-standard applications include Autodesk Maya and 3D Studio Max. Using professional software and proper dimensions to work from, geometrical vector shapes are drawn from scratch and laid down directly onto the 3D space to create both the accident and the injury scenes.

Before jumping in and animating a 3D model, the characters and vehicles in the scene need to be constructed to match the likeness of the people and vehicles involved. The details used to match character features may include height, weight, skin tone, hair and eye color, and overall shape. Measuring the likeness of vehicles or large spaces and objects oftentimes requires additional instrumentation for a more exact match. 3D scanners and a variety of other instruments are often used to measure cars, crush dynamics, street intersections, and structures that are processed and added to the animation. FARO Technologies makes high-performance 3D scanners used by field test engineers and animators to scan various places and objects large and small. After the data on the field is scanned, it is than loaded into the animation software for further processing.

In the texturing process, before any paint, dirt, or cracks are applied and painted to the models, UV mapping data is added to each model. UV mapping is the process of projecting a 2D image to a 3D model’s surface for texture mapping. This process helps dictate where each pixel will lie across the surface of the model, which becomes especially important when you’re looking to achieve realistic-looking illustrations of the accident or injury to the plaintiff.

Site inspection photography is another way to provide documentation for the animator to use for the construction of an animation. However, in some instances photos taken by experts, while sufficient for their needs, aren’t detailed enough for the animator’s texturing and mapping purposes. For this reason, an artist may take additional photos focusing on specifics like the color of the seats or the instruments on the dashboard in order to thoroughly create the details necessary for the animation and its background applications.

When creating a virtual environment, the artist should have extensive knowledge of direct, indirect, and ambient lighting. When building the scene, an animator can choose to bounce light to create a softer, more indirect lighting effect. Or, by using a direct light source, the artist can create harder shadows adding more contrast to a scene. There are many reasons why lighting plays a key role in animations. Emulating an accident that occurs in daylight or at nighttime will affect how much light is used to illuminate the scene. Lighting effects in animation, though not always a forethought, attribute to a good portion of the process.

Lighting sources are added and used to serve as a specific function in an animation. For example, brake lights flashing on the rear of the car might suggest that the driver of the vehicle is braking without the need to show the driver. Lighting is incorporated in many other aspects of an animation, such as headlights, cross-walk lights, traffic lights, and their phasing. Overall, lighting provides shading and more definition and depth to an object or environment which helps give more dimension to the artwork versus a flatter, cartoon-like animation. In turn, better lighting creates clearer and better orientation for a jury and viewers in general.

With the modeling of the environment complete, the animator will rig and articulate each character and vehicle before placing it into the 3D space. When rigging characters, it is important for an artist to understand the physical function and behaviors of how people move. Each character will be designed to reflect real human factors such as postures, physiology, motion and ergonomics so that when the animating process begins the models can move easily and proportionally to the environment around them. The same process is repeated when rigging vehicles in 3D space. For an effective animation you must first model and rig the vehicles to spin, rotate, and otherwise behave the same as their “real” counterparts do.

After the rigging process is complete, an animator begins animating the bodies and cars, according to the data received from the experts to generate the accurate distance and speed values. Starting with the accident, the animator will move the vehicle in an accelerated forward or backward motion. This is called a motion path, which is basically a curve or a line along which an object is assigned to move. The animator will then dictate the model car to move at that specified distance and time along the motion path to get the exact speed.

Animating the mechanisms of the injury requires an understanding of human physiological dynamics. In a rear-impact collision, a person’s head rapidly snaps back, which hyperextends the neck, causing damage to the nerves and ligaments. To emulate the same incident in a 3D space, an animator will add the crash pulse data and position the neck to a degree that is determined by the total load or force of the extension and flexion occurring in the cervical spine.

For a rear-end collision, to match and produce an animation of the cervical spine injury, the animator further uses the medical records, MRI and radiology films or scans to match the disc herniation sustained. A similar technical process applies for pedestrian accidents and slip-and-fall cases, where kinematic and physiological mechanics are applied in a virtual 3D space to animate such things as a person’s unique walking gait or effects of a trip and fall.

The materials that are provided by the expert create the groundwork and foundation to a successfully produced animation. The attorney will notice a speedier production if the following materials can be provided on time: inspection or scene photos, expert summaries, traffic collision reports, medical records, injury reports, and radiology/MRI images.

As a graduate of the Art Center College of Design, I remember the professor in my Introduction to Advertising course giving the class four simple letters that resonated with me and changed my life forever: KISS, the acronym for “Keep It Simple, Stupid.” I apply the KISS principle today and share it with my staff so that we remember to make things as simple and as clear as possible for a jury to understand.

A recent New York Times study showed that an average adult is exposed to over 5,000 messages a day across all five media: television, radio, internet, newspapers, and magazines. One of the toughest challenges you as a trial lawyer face in court is grabbing the attention of a juror’s preoccupied mind. So while you’re asking yourselves how you are going to grab the jury’s attention, we as animators, graphic artists, and video producers often ask ourselves which camera angles, textures, colors and lighting will best represent the scene, tell the story, and engage the audience.

Most viewers watching an animation or a motion picture are oblivious to the motions and angles that the artist or director chooses to show. Those cameras are deliberately added to the scene to show single or multiple angles of the accident. In my filmmaking career, I learned from an experienced editor that film editing is not a technical process, it’s an artistic process.

As such, the camera angle helps tell a story by pointing in the direction the artist wants you to focus on, and plays the frames that drive your story forward. Deciding when to cut in from a wide shot of cars to a close-up shot of the injury mechanics is all a matter of the timing and pacing of an animation. The final animation clips that are shown to the viewer should have a certain flow without interrupting the integrity of the animation. If the video editing is done correctly, the viewers have enough time to process the information and formulate an opinion. If your audience – the judge and jury – starts mentally noticing the edits, it is a clear indicator of faulty editing of the animation. The artist you hire may be a great animator, but if the animation is not edited properly for display and timing, you could risk the animation not being admitted in trial.

Once you’ve received your trial-ready animation and all your trial exhibits are locked-and-loaded, you enter the realm of litigation support. Most courts are equipped with standard presentation setups like screen, projector, or Elmo. Depending on the type of trial, a larger case may lend itself to hiring professional trial technicians who can give your case the audiovisual upgrade it needs. You’ll find that even with upgraded courtrooms in California, most of the courtroom gear is not up to snuff with today’s technology. So if you’re looking to blow the hanky off opposing counsel’s case, you’ll want to consider hiring a litigation support and video agency. 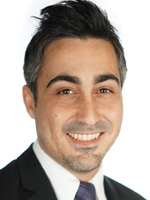 Vahe Garabedian is a documentary filmmaker and founding partner of Los Angeles-based MotionLit Services. He applies his experience in film and branding to help attorneys reach record-breaking verdicts and settlements in catastrophic injury, products liability, and medical malpractice cases. MotionLit also offers solutions to manage presentation of your videos and animations at mediation and trial. Email: vahe@motionlit.com. 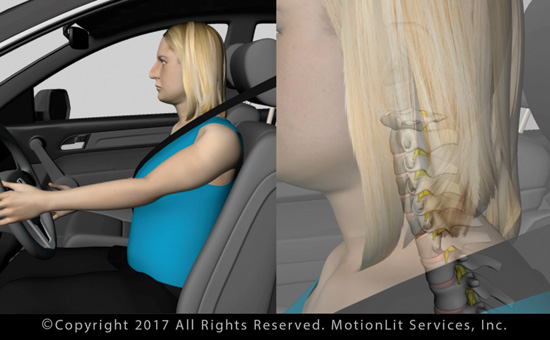 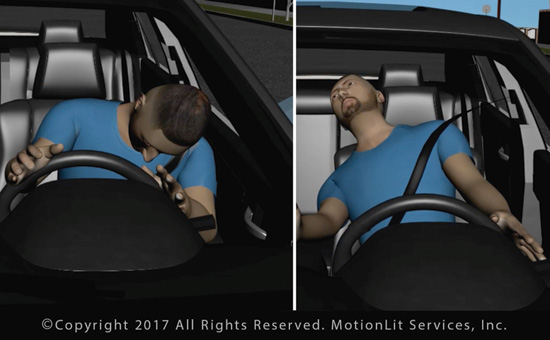 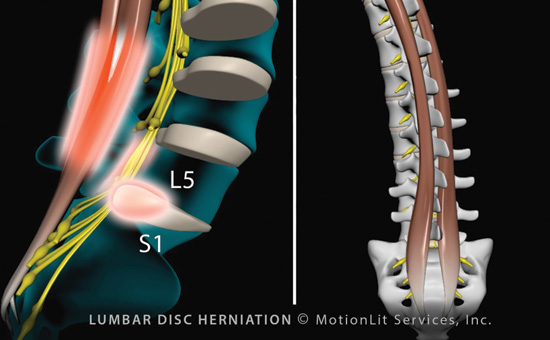