A look at the role of video, especially body cameras, and the expanding role of social media in police-misconduct actions

There has been a seeming explosion of police-misconduct cases over the past several years. In news reports and stories from around the country we see examples of police officers shooting and killing unarmed men and women. For more than 30 years, I have represented victims and their families alleging law enforcement officers used excessive force against them. Years ago, the only time the public might see a police incident on video was when someone holding a video camera just happened to be in a location where a use-of-force incident occurred. The prime example of that phenomenon was the video taken by George Holiday of the beating of a black motorist, Rodney King. That video opened the eyes of America to the wretched nature of police officers using excessive force. The world was stunned by what they saw.

I was once provided video evidence of an officer-involved shooting in 2008 when an amateur filmmaker just happened to come on to the scene of a man who barricaded himself inside his car after a crash. Within minutes, he was surrounded by several police cars. Over the course of the next several minutes, that filmmaker captured the scene of an officer- involved shooting involving more than a dozen police officers. That case was a watershed event for me because I had never had the benefit of one of my cases being recorded in real time.

After the seeming rash of public shootings made headlines in the media, some of my friends would ask me, “Why have there been so many examples of police-misconduct shootings recently?” My response has always been, “Welcome to my world.” I suggest that there have not been more instances of police officers involved in wrongful shootings. Rather, with the advent of new technology, we are now seeing a surge in awareness of the problem of excessive force by law enforcement officers because of body cameras worn by police officers, as well as videos being recorded by spectators. The gritty and frequently negative occasions of citizen/police interactions are now being recorded by average people and are being broadcast on Facebook live, Instagram, and the nightly news.

This article discusses the issues surrounding the impact of new technologies on the police-misconduct practice, and what plaintiffs’ lawyers need to consider when moving forward with a police-misconduct case, given this new reality.

With this increase of video comes a host of new issues, problems, and concerns. About one-third of the nation’s 12,000 police departments, and half of big-city police agencies, now provide at least some of their officers with body cameras. This is a significant increase from the numbers just a few years ago.

The public’s approval of the increased use of cameras by police officers cuts across all racial and ethnic lines. Indeed, a 2014 study by the Pew Research Center found that an overwhelming majority of whites, African-Americans, and Latinos approved the increased use of body cameras by police officers patrolling their neighborhoods. It should be noted, however, that these figures come from a survey conducted in the days following the Staten Island grand jury’s decision to not indict the officer involved in the death of Eric Garner. The video recording of that encounter showed Mr. Garner pleading, “I can’t breathe” more than 11 times with officers who were on top of him, presumably trying to handcuff him.

That videotape went viral on the internet and became a symbol reinforcing the perceived benefits of in-the-moment recordings of police-citizen interactions. That video continued an important conversation about the importance of allowing average citizens to record police interactions.

California became the first state to codify existing common law and reinforced a citizen’s First Amendment right to record police conduct. On August 11, 2015, Gov. Jerry Brown signed “The Right to Record Act,” formally confirming the rights of all citizens to record or photograph a police officer in public areas, without the threat of being arrested for interfering with the police officer or otherwise obstructing justice. One would think this law would provide a powerful incentive for officers to treat everyone fairly, out of fear of being recorded should they do otherwise. Despite this law, however, police officers routinely threaten citizens with arrest when they attempt to record police actions.

The increased use of body cameras raises important policy and legal issues. Should police be required to record every encounter – even the most benign interaction? Some would say that cameras should be turned on only when the officer believes an encounter is about to occur. That approach fails to recognize the reality, however, that one is seldom able to anticipate with certainty when a potential problem will arise. Officers often describe their need to make split-second decisions regarding when and if to use force. That process would be further complicated if they must also consider whether or not to activate their cameras. On the other hand, more than 95 percent of all police encounters with the public are routine matters where there is no arrest or objectionable conduct. Having to retain and/or store all of that content would greatly impact the agency’s budget. Estimates of that cost total into the hundreds of thousands of dollars yearly, and that is just for administrative fees related to storing the video images.

Should recorded video be released publicly?

When, if ever, should police-recorded videos be released to the public?  Should there be some standard policy, for example, that after 60 days all videotapes will be available for public release, or should the police be given the discretion to decide the release of each video on a case-by-case basis? Answering this question focuses on the police department’s legitimate concerns that releasing videotapes prematurely could hamper ongoing use of force investigations versus the public’s right to know. Moreover, critics fear that if the discretion to release a particular video were left solely to the law enforcement agency, the practice would be to release videos only when it served the department’s best interests.

Civil libertarians raise legitimate concerns about the privacy interest of those whose lives may be the subject of police recordings. Do I have the right to refuse to allow an officer to videotape an interaction occurring inside my home, or involving my minor children? Perhaps so if it is possible that those images will later be broadcast into the public domain.

A piece, but not all of the evidence

In addition to those policy questions discussed above, there is also the important issue of when police officers should be allowed to view videotapes from their body cameras.  For example, LAPD currently allows officers to look at their videotapes before writing their reports concerning the underlying arrest or use-of-force incident. I think this is the wrong approach. I believe public trust in the integrity of those reports is enhanced more greatly when the officers are not given the opportunity to see their videos first. Otherwise there is the fear that officers will merely write reports that are consistent with the recorded images that they reviewed.

The Los Angeles Police Commission is currently trying to develop a policy that will deal with these and other important issues concerning this new reality. Despite these issues, when video images are taken by average citizens, rarely are these concerns considered. Instead videotaped images are posted on social media sites soon after they occur. As with body cameras, rarely do the recorded images tell the entire story. Instead, they should be viewed as another piece of evidence to be used in the search for truth.

For the plaintiff’s lawyer handling police/civil-rights cases, this new reality will certainly require a new way of thinking and new strategies to employ. When you sign up a new case involving the LAPD, as well as other smaller agencies in the Southland, I recommend sending a letter almost immediately to that police agency requesting that the Department preserve any and all video recordings of the interaction. In that way, you will be able to preserve a potential claim for spoliation of evidence, if you learn later that those videotapes were not saved.

This new reality now requires some focus on monitoring social media sites after you have been retained on a new police misconduct case. Developing this potentially crucial evidence can present some difficulties since often several weeks or longer pass after an incident occurs and before the family gets around to retaining legal counsel. That makes it particularly difficult to identify possibly useful videos on social media unless it is a high-profile case where videos of that kind are widely distributed.

Not only should you mine social media sites, but take advantage of the surveillance cameras that are everywhere today. Hire an investigator early to interview potential witnesses as well as to determine the availability of useful surveillance video.

Unfortunately for those of us who practice in the field, videotaped evidence is not the panacea that plaintiff’s lawyers would expect. Regrettably, I have lost cases when I thought my videotaped evidence directly contradicted an officer’s version of what happened that day in the field. Studies show that even when provided with video evidence, jurors often view that evidence through the prisms of their own experience. Jurors who are pro-police look at the evidence through that framework.  Jurors who may be anti-police examine videos through their perspective as well.

There is strong evidence suggesting that even video evidence is susceptible to biased interpretations based on the prior views for police, contrary to the common-sense belief that videos provide unambiguous proof of what actually occurred. For civil rights lawyers, it means that you cannot simply expect to rely on video evidence to win your case. There needs to still be focus and attention toward developing all aspects of your proof and selecting a fair-minded jury that will hopefully view the evidence through objective lenses.

So what does the future hold? Clearly, body cameras on police officers and video cameras on cell phones are not going away. The new reality is that they are likely going to continue to become a greater part of our way of life as trial lawyers.

Issues dealing with the use of videotape evidence is part of the new reality. Municipalities across the country are being confronted with establishing policies concerning the release of videotape evidence. There is the need to balance legitimate law enforcement investigative interests with privacy concerns of those whose images are captured on the videotapes. For the practicing attorney, it doesn’t appear that these new technologies are going to change many minds, at least not in the short term. We police lawyers are going to have to continue the battle for the hearts and minds of fair minded citizens everywhere. 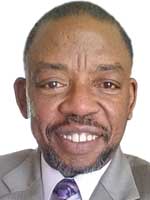 Carl E. Douglas is with Douglas|Hicks Law in Beverly Hills, specializing in civil rights cases. He is also a frequent lecturer. www.douglashickslaw.com.