When a client’s claim for insurance coverage is denied, they often ask whether they can go after the person who sold them their policy for the uninsured loss. In this article, I will lay out what insurance brokers and agents are, the differences between the two and the circumstances of which they can be held accountable and for what.

What is the difference between an agent and a broker?

This is a question that even courts often have trouble answering. Case law often conflates the terms “agent” and “broker” even though they are very different positions with different duties. The simplest way to understand the distinction between the two is that generally an agent represents insurers to sell you products, whereas you generally hire a broker to represent you when deciding between insurance policies. There are agents who work with multiple insurers or exclusively with one insurer. While the exclusive or “captive” agents have less to offer, they often have a better understanding of the product that they sell. State Farm is one example of an insurer that sells through its captive agents.

When can you sue an insurance agent?

To understand the liability of an insurance agent, it is easier to understand when an agent will not be liable. An agent will not be liable merely for negligence in performing its duty on behalf of the insurance company. (Lippert v. Bailey (1966) 241 Cal.App.2d 376, 382.) Since the agent is merely acting within its scope of employment for the insurance company, its actions are attributable to the insurer and not to the individual. (Gasnik v. State Farm Ins. Co. (E.D. Cal. 1992) 825 F.Supp. 245, 249 (applying Calif. law); see also Lab. Code, § 2802, requiring employer to defend and/or indemnify employee sued by a third party for conduct occurring in course and scope of employment.)

All of this being said, there are circumstances when an insurance agent can be liable personally. You can sue an agent: (1) who misrepresents the nature, extent or scope of coverage being offered or sold, either intentionally or negligently; (2) who negligently fails to disclose material information regarding insurance coverage that the insured requested; (3) when there is a request by the insured for a particular type of coverage but the agent does not obtain it; or (4) when the agent expressly or ostensibly represents himself as having expertise in a specific type of insurance being sold and thus takes on a “special duty” to the insured. (Fitzpatrick v. Hayes, 57 Cal.App.4th at p. 927; Williams v. Hilb, Rogal & Hobbs Ins. Services of Calif., Inc. (2009) 177 Cal.App.4th 624, 635-636.)

For a negligence action against an agent, the statute of limitations begins to run at the time that the insured suffers a loss that otherwise would have been covered.

When can you sue a broker?

The liability of a broker is similar to that of an agent but not completely identical. A broker is liable to an insured when: (1) the broker misrepresents the nature, extent or scope of coverage; (2) the insured specifically requests a certain type or extent of coverage and the broker does not obtain it; (3) the broker expressly or ostensibly holds themselves out as an expert in a given field of insurance; or (4) the broker reduces coverage limits without the insured’s consent. (Pacific Rim Mechanical Contractors, Inc. v. Aon Risk Ins. Services West, Inc. (2012) 203 Cal.App.4th 1278, 1283; Saunders v. Cariss (1990) 224 Cal.App.3d 905, 909.) A broker can be liable for certain misrepresentations even if they contradict the terms of the policy and the insured did not read the policy before relying upon the broker. (Clement v. Smith (1993) 16 Cal.App.4th 39, 45.) A broker can also be liable for failing to obtain more direct and certain coverage even if a judge ultimately finds coverage under a policy that the broker sold to an insured. (Third Eye Blind, Inc. v. Near North Entertainment Ins. Services, LLC (2005) 127 Cal.App.4th 1311, 1322.) A broker only owes these duties to the insured and not to third parties. (Pacific Rim Mechanical Contractors, Inc. v. Aon Risk Ins. Services West, Inc. (2012) 203 Cal.App.4th 1278, 1290.)

Keep in mind though that brokers cannot be sued and are not liable for failing to recommend adequate coverage since an insured has a better understanding of their own personal needs and circumstances than a broker. (Jones v. Grewe (1987) 189 Cal.App.3d 950, 954.) One caveat is that in the content of property insurance, a broker can potentially be liable for failing to provide adequate coverage when the insurance at issue is property insurance. (Paper Savers, Inc. v. Nacsa (1996) 51 Cal.App.4th 1090, 1098.)

An insured similarly cannot impose liability against a broker for failing to notify the insured of a canceled policy since a broker’s duties only relate to the procurement of insurance and not the termination. (Kotlar v. Hartford Fire Ins. Co. (2000) 83 Cal.App.4th 1116, 1123.) A broker also has no duty to inform an insured about the financial stability, or instability, of an insurance company before providing a policy from that insurer. (Mark Tanner Const., Inc. v. HUB Int’l Ins. Services, Inc. (2014) 224 Cal.App.4th 574, 584.)

This being said, absent such disclosure by the insurer, a broker placing insurance directly with a nonadmitted insurer (rather than through a surplus lines broker) may be personally liable if the insurer becomes insolvent. The broker’s liability includes both claims by the insured and claims by third parties injured by the insured. (Nowlon v. Koram Ins. Ctr., Inc. (1991) 1 Cal.App.4th 1437, 1447.) One vehicle for such a suit is by bringing an unfair business practice claim under Business & Professions Codes section 17200.

Insureds suing brokers must prevail on a trial within a trial

What can you seek to recover?

Liability where it exists extends to any proximately caused loss resulting from the breach of duty. (Valentine v. Membrila Ins. Services, Inc. (2004) 118 Cal.App.4th 462.) This can include defense costs in a third-party action where insurance coverage otherwise would have provided such a defense. It can also include settlement costs or a judgment in a third-party action. If there was a negligent failure to obtain clear coverage and this leads to a dispute between the insured and insurer, then the insured can potentially recover attorneys’ fees and costs in litigating that dispute from the broker. The trier of fact can apportion such losses between the insurer and the broker.

Aside from liability there are differences between agents and brokers

There are other substantive differences between an agent and a broker. For example, insurance provisions require notice of a loss to the insurer before coverage and notice to a broker who sold the policy is insufficient. However, notice to the insurer’s agent would generally be sufficient. (Jackson v. Aetna Life & Cas. Co. (1979) 93 Cal.App.3d 838, 847.) On the other hand, errors by a broker can lead to liability for the insured, as material misstatements or omissions in an application can lead to rescission potentially, even if they were just broker negligence. (Imperial Cas. & Indem. Co. v. Sogomonian (1988) 198 Cal.App.3d 169, 178-179.) 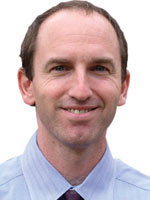 Scott C. Glovsky is a trial attorney in Pasadena who frequently associates into cases as trial counsel. His trial practice often includes catastrophic personal injury and insurance bad-faith cases. He appeared in the film SiCKO and in People Magazine, and his cases have been profiled on the major networks. He is a repeat guest on AirTalk with Larry Mantle. He received the “Street Fighter of the Year Award” from CAOC in 2008, and he is a graduate of Gerry Spence’s Trial Lawyers College. Mr. Glovsky received his undergraduate degree from the University of California, Berkeley and his J.D. from Cornell Law School.