Prior to 1963, if you represented a client who was injured by a public entity or a public employee, you were required to follow the claims presentation procedure specific to that public entity and that public employee. That meant that the procedures you followed to properly and timely present a claim to the City of Los Angeles for claims arising from an excessive use of force by police may have differed significantly from the procedures applicable to a claim against, say, the County of Monterey arising from a dangerous condition of public property.

Consequently, if you were a personal injury attorney who litigated up and down the State of California against various public entities for claims ranging from unreasonable use of force by police officers to sexual abuse of students by school officials to dangerous conditions of public property, you had to make sure you fully understood the claims procedures applicable to that specific public entity, public employee, and cause of action.

In an effort to make things a bit more uniform and less confusing for the plaintiff, the California legislature enacted the California Tort Claims Act on September 20, 1963. This act is now known as the “Government Claims Act.” Some say the Government Claims Act served the dual purpose of providing public entities with the opportunity to consider and remedy the injuries addressed in the claim without the need of formally bringing a lawsuit. Having had the unique opportunity of practicing as both a defense attorney and a plaintiffs’ attorney, I believe that the former action is more often taken than the latter.

Is the claim timely?

Does the claim include all of the required contents?

The contents of a claim must adhere to the requirements of California Government Code section 910, which include: (a) the name and post office address of the claimant; (b) the post office address to which the person presenting the claim desires notices to be sent; (c) the date, place and other circumstances of the occurrence or transaction which gave rise to the claim asserted; (d) a general description of the indebtedness, obligation, injury, damage or loss incurred so far as it may be known at the time of presentation of the claim; (e) the name or names of the public employee or employees causing the injury, damage, or loss, if known; (f) the amount claimed if it totals less than ten thousand dollars as of the date of presentation of the claim, including the estimated amount of any prospective injury, damage, or loss, insofar as it may be known at the time of the presentation of the claim, together with the basis of computation of the amount claimed. If the amount claimed exceeds ten thousand dollars, no dollar amount shall be included in the claim. However, it shall indicate whether the claim would be a limited civil case.

Keep in mind that most public entities will have a government claim form available on their websites. For example, the County of Los Angeles Claims for Damages to Person or Property form can be found at the following web page: https://riskmanagement.lacounty.gov/wp-content/uploads/2017/08/Claim_for_Damages_to_Person_or_Property.pdf

Was the claim properly presented?

As a further mandatory requirement, Government Code section 915(a) establishes the manner of delivery of a claim against a public entity. Section 915(a) provides: “A claim, any amendment thereto, or an application to the public entity for leave to present a late claim shall be presented to a local public entity by either of the following means: (1) Delivering it to the clerk, secretary or auditor thereof. (2) Mailing it to the clerk, secretary, auditor, or to the governing body at its principal office.” Receipt of such a claim must also meet the following requirements: “A claim, amendment or application shall be deemed to have been presented in compliance with this section even though it is not delivered or mailed as provided in this section if, within the time prescribed for presentation thereof, any of the following apply: (1) It is actually received by the clerk, secretary, auditor, or board of the local public entity. [Inapplicable provisions omitted.]” (Gov. Code, § 915 (e).) Compliance to Section 915(a) occurs only if a misdirected claim is actually received by a clerk, secretary, auditor, or board of the local public entity. (DiCampli-Mintz v. County of Santa Clara (2012) 55 Cal.4th 983, 996-97 [California Supreme Court rejecting argument that government employees who receive misdirected claims have a responsibility to pass the claim along to the appropriate designated person or agency].) This is true even if the public entity has actual knowledge of facts that might support a claim. (City of Stockton, supra, 42 Cal.4th 730, 738.)

This means that proper “presentation” is achieved when a government claim is either delivered to the clerk, secretary or auditor, or is mailed to the clerk, secretary, auditor or governing body at its principle office and these folks actually received the government claim. Though this may seem pretty straightforward, you wouldn’t believe how many cases never see a day in court because an attorney botched the claim presentation. Trust me, the number is alarming.

The public entity’s response to a government claim

Just as the timely presentation of a government claim is vital to the lawsuit, so is the timely filing of the lawsuit following the public entity’s response. The time to file, however, is wholly dependent on the type of response.

Compliance with the claim-filing requirement is an essential element of a damages cause of action against a government entity. The complaint must contain at least a general allegation that the plaintiff timely complied or was excused from complying with the requirement. (Gov. Code, §§ 912.4, 945.4.) I typically include the following language in my complaints: “Plaintiff presented a timely governmental tort claim with Defendant County of Los Angeles on January 1, 2018. Defendant City of Los Angeles rejected the claim on May 1, 2018.”

Dealing with a late claim?

Application for permission to file a late claim

Assume the plaintiff delays in seeking the advice of an attorney. Assume that when the plaintiff finally steps foot into your office, 10 months have passed since the occurrence of the injury. Don’t worry. You have options.

A common ground alleged in these petitions is that the failure to present a timely claim was through excusable neglect. “Excusable neglect” is defined as neglect which might have been the act of a reasonably prudent person under the same or similar circumstances. (Ebersol v. Cowan (1983) 35 Cal.3d 427,435.) Although it may be true that many claimants and even attorneys have never heard of the claims presentation requirements, ignorance of the claims filing deadline is not considered an excuse within the meaning of excusable neglect. (Drummond v. County of Fresno (1987) 193 Cal.App.3d 1406, 1412.) Ebersol, supra, 35 Cal.3d 427 is instructive as to what circumstances may be deemed by a court as excusable neglect. In Ebersol, supra, 35 Cal.3d 427, 435, the California Supreme Court held that a plaintiff’s ignorance of the existence of a possible claim coupled with her diligent efforts to retain counsel constitutes mistake or excusable neglect.

Dealing with a timely but defective claim?

If a claim provides the public entity with timely notice of the nature of the claim, a court may hold that the claim substantially complied with statutory requirements for a valid claim and that it should therefore be treated as valid, despite technical deficiencies. (Connelly v. County of Fresno (2006) 146 Cal.App.4th 29, 38.) Under the substantial compliance, a claim under California Government Code section 910 is sufficient if (1) there is “some compliance with all of the statutory requirements”; and (2) the claim discloses sufficient information to enable the public entity to adequately investigate the merits of the claim so as to settle the claim, if appropriate. (City of San Jose v. Superior Court (1974) 12 Cal.3d 447, 456-57.) However, the doctrine of substantial compliance does not cure total omission of an essential element from the claim or remedy a plaintiff’s failure to comply meaningfully with the claims presentation requirements. (Loehr v. Ventura County Comm. College Dist. (1983) 147 Cal.App.3d 1071, 1083.)

Causes of action not requiring presentation of claim

There are certain causes of action where the presentation of a government claim is not required. Under these circumstances, the plaintiff must file the complaint in accordance to the applicable statute of limitations.

Any claim brought under 42 United States Code section 1983 does not require that a claim be presented. If, for example, the only claim alleged is excessive force/unreasonable seizure pursuant to 42 United States Code section 1983, then the lawsuit must be filed within two years. (Code Civ. Proc., § 335.1.) But note, however, that if the underlying conduct also supports state law claims (e.g., wrongful death, assault and battery), then you must present a timely government claim within six months of the injury, then file the lawsuit within six months of the written notice of rejection or two years if no written notice is served. Another example is an action arising from sexual abuse of a minor; these claims are exempt from the claims presentation requirement. (Gov. Code, § 905(m).) 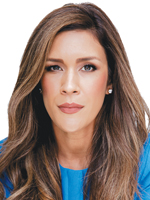