In August 2018, the Federal Reserve Bank of New York’s Center for Microeconomic Data issued its Quarterly Report on Household Debt and Credit stating that the “total household debt increased by $82 billion to $13.29 trillion in the second quarter of 2018.” Business Insider reports that credit-card debt is consistently rising, with the average American household carrying a balance of $5,700. (www.businessinsider.com/average-credit-card-debt-in-every-state-ranked-2018-8.) California households carry a $10,496 balance on average. (Ibid.) The debt crisis that impacts many American families is unquestionable; however, the best way to tackle that debt without ruining your credit remains a mystery to most struggling families. More and more consumers are turning  to companies that market themselves as “credit repair companies” or “debt settlement companies” for help.

What do these companies actually do? Frequently, the answer is nothing, which is often followed by devastating results for the consumer. In response, Congress passed the Credit Repair Organizations Act, 15 U.S.C. sections 1679, et seq. (“CROA”).

CROA was passed to try to address some of the less savory practices credit-repair companies were engaging in. In enacting CROA, Congress made the specific finding that “[c]ertain advertising and business practices of some companies engaged in the business of credit repair services have worked a financial hardship upon consumers, particularly those of limited economic means and who are inexperienced in credit matters.” (15 U.S.C. § 1679(a)(2).) Hence, the purpose of CROA is to provide consumers “with the information necessary to make an informed decision regarding the purchase of [credit repair] services” and “to protect the public from unfair or deceptive advertising and business practices by credit repair organizations.” (15 U.S.C. § 1679(b)(1-2).) The statute states that:

(i) improving any consumer’s credit record, credit history, or credit rating; or

(ii) providing advice or assistance to any consumer with regard to any activity or service described in clause (i).

The definition excludes nonprofits, depository institutions, and “any creditor (as defined in section 1602 of this title) . . . to the extent the creditor is assisting the consumer to restructure any debt owed by the consumer to the creditor.” (15 U.S.C. § 1679a(3)(B).)

Despite the exclusions, the definition is broad, and very much favors the consumer. Under CROA, a business is a credit organization even if its representations only have the “implied purpose of” improving a credit rating. (15 U.S.C. § 1679a(3)(A).)

“In determining whether an entity is a [credit repair organization], the Court should focus on the conduct of the defendant and not the conduct or intentions of the plaintiff.” (Estrella v. Freedom Fin. Network, LLC (N.D. Cal. June 2, 2010) 2010 U.S. Dist. LEXIS 61236, at *27-28; Helms v. ConsumerInfo.com, Inc., 436 F.Supp. 2d 1220, 1232 (N.D. Ala. 2005) [“In determining whether Defendant is a credit repair organization, the Court need not limit itself to only those webpages or statements which Plaintiff specifically recalls seeing. Rather, the Court may look to the entire nature of Defendant’s business and the representations that it makes in order to arrive at a conclusion.”].)

What does CROA actually do?

While there are many components to CROA, there are a few prohibited practices that are significant and worthy of discussion. CROA generally prohibits credit repair organizations from:

Simply put, a credit-repair company cannot: (1) charge for services before the services are rendered; (2) encourage or engage in any acts of deception or dishonesty; (3) misrepresent the services offered; or (4) engage in any conduct that would deceive a consumer in connection with the offer or sale of the company’s services.

So what is the problem?

The problem is that these credit-repair companies often employ sales representatives who could be fairly compared to sharks. Credit-repair companies advertise and make guarantees to consumers that are completely unsupported by any data and often mislead consumers into believing that fixing their credit and getting out of debt are simple and easy fixes. Examples of common guarantees or promises to be on the lookout for include (but are not limited to):

Credit-repair companies also make a habit of advertising that their methods are superior to other viable debt-reduction services, including debt consolidation, credit counseling, or continuing to make scheduled payments. Most companies also go as far as encouraging consumers to stop making monthly payments. This is often explained as being a settlement “tactic.”

What consumers are not told is that retaining the services of a credit-repair company can actually open a consumer up to lawsuits and cause significant harm to the consumer’s credit score. Or, in other situations consumers are warned of these risks but are reassured that the short-term damage will yield long-term results in the form of an improved credit score. Either way, consumers rarely comprehend the risks they are taking or the damage that could result from employing the services of a credit-repair company.

To date, CROA appears to have done very little to actively protect consumers from these predatory credit-repair companies. The consumer is still held to a high standard despite the plain language of the statute.

The purpose in enacting CROA is to guarantee that consumers are being provided with the necessary information needed to make an intelligent and informed decision. How that information is presented or explained to the consumer is often the problem. The Fair Debt Collection Practices Act, 15 U.S.C. § 1692, et seq. (“FDCPA”); and the California equivalent, the Rosenthal Fair Debt Collection Practices Act, California Civil Code section 1788, et seq. (“RFDCPA”), are both to be liberally construed to protect the “least sophisticated consumer.” (Clark v. Capital Credit & Collection Services, Inc. (9th Cir. 2006) 460 F.3d 1162, 1171.) It is no stretch of the imagination that the very same consumers that seek refuge under the FDCPA and RFDCPA are also falling victim to the misleading and deceptive schemes of unscrupulous credit-repair companies.

CROA, which was enacted by Congress for the express purpose of protecting consumers, lacks this liberal construction. In interpreting CROA, the Ninth Circuit has held that “Congress intended for courts to broadly construe its provisions in accordance with its remedial purpose.” (Stout v. FreeScore, LLC (9th Cir. 2014) 743 F.3d 680, 684.) However, the “least sophisticated consumer” standard that provides expansive and constantly evolving protection for consumers under the FDCPA and RFDCPA is wholly missing from CROA.

Therefore, the burden of being careful, savvy, and sophisticated largely falls on the consumer, which leaves the consumer vulnerable to the predatory advertising and marketing practices of the very credit-repair companies that CROA was enacted to eliminate.

This problem is further exacerbated by the fact that credit-repair companies rarely act alone. They often employ or contract with several other entities when performing (or failing to perform) their contractual duties. This divide-and-conquer strategy is confusing for a lay person, making it difficult for many consumers to understand what happened with their accounts, who dealt with their accounts, and where the consumers need to go to fix any errors that have occurred. As a result, when a consumer’s rights have been violated, the various entities engage in a “finger-pointing” game, making it quite challenging for the consumer to discern who is to blame for what. An excellent example of this can be seen in Anthony Brysn, Srv. v. Otto Berges, et al., Case No.: 0:14-CV-62323, a case from the Southern District of Florida where the plaintiff successfully took a case to trial against five defendants.

The lack of a “least sophisticated consumer” standard continues to be detrimental to the consumer. The consumers themselves need to be vigilant and well informed when employing the services of a credit-repair company. Those practicing in the area also need to be vigilant in holding these companies accountable when their conduct collides with the requirements and prohibitions of CROA. Otherwise, consumers will continue to be vulnerable to these companies that openly flaunt their disregard for the consumers’ well-being.

While CROA is not necessarily a new statute, having been enacted in 1968, legally it is still largely untested. The prima facie elements required to sufficiently assert a cause of action under CROA include:

As with anything in the law, success on the merits simply depends on the facts, the client, the court, and the general attitude in the district. Many CROA cases are getting kicked to arbitration, depriving consumers of their day in court, while others are seeing the inside of a courtroom with varying results. (See, e.g., CompuCredit Corp. v. Greenwood (2012) 565, U.S. 95, 103-104.)

The one consistency is that defendants are almost uniformly disputing their categorization as a “credit repair organization.” To date there is no set formula for determining whether a company is a “credit repair organization” as contemplated and defined by Congress. In Stout v. FreeScore, LLC, 743 F.2d at 684-688, the Ninth Circuit focused on the Congressional intent in enacting CROA and broadly construed the definition by stating that “a person need not actually provide credit-repair services to fall within the statutory definition of a credit organization. Instead, the person need only represent that it can or will sell, provide, or perform a service for the purpose of providing advice or assistance to a consumer with regard to improving a consumer’s credit record, credit history, or credit rating.” (Id. at 685 (emphasis in original).) Hence, there is a lot of potential to expand upon the definition and wiggle into it when a consumer has fallen victim to the questionable conduct of said “credit repair organizations.”

Other causes of action that can be alleged alongside CROA 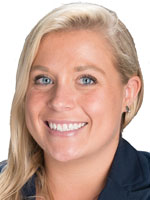 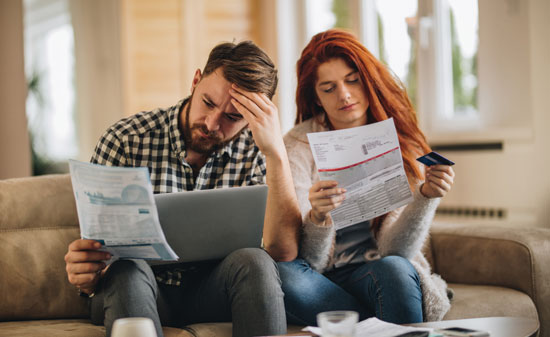