Do you really want that ERISA case?

A brief primer on the pitfalls of ERISA

A: When it is governed by ERISA.

The case seemed perfect. The potential client was a high-wage earner whose insurer had just denied her disability claim. The denial letter was so absurd it screamed bad faith. This wasn’t just an unreasonable claim denial, it was so outrageous as to invite a punitive damages verdict.  Even at a 10:1 ratio, after factoring in treble damages for conduct damaging a person with a disability, the case had a potential value in the eight-figure range.

Everything was set up perfectly. The client would be made whole and the carrier might just be deterred from engaging in similar activity towards other insureds. Justice could be served.

Except for one not-so-small detail. ERISA. Because the disability policy at issue was an employee benefit, or part of a benefits package that included things like health care coverage or life insurance, this insurance claim would be governed by the Employee Retirement Income Security Act of 1974, 29 U.S.C. § 1001 et seq., oh-so-fondly-referred to as ERISA. Without fully understanding the implications of an ERISA-governed claim, both attorney and client can be in for some big surprises.

The first surprise is as simple as it is unfair. Under California law, when an insurance company denies a claim unreasonably, it is liable for breach of the covenant of good faith and fair dealing – otherwise referred to as “bad faith.” This means the carrier is potentially liable for all contract damages, as well as tort damages such as emotional distress, attorneys’ fees and punitive damages.

Under ERISA, the tables are turned on the insured. If a claimant’s policy is governed by ERISA, the best-case scenario is that recovery is limited to the contract damages only, plus, potentially, attorneys’ fees. This means that insurers can deny legitimate claims with impunity, knowing that their worst-case scenario is simply paying the claim – if the insured is prepared to endure, or afford, years of protracted litigation.

But wait, there is an exception in the very next subparagraph! A so-called “savings clause” stating that “nothing in this subchapter shall be construed to exempt or relieve any person from any law of any State which regulates insurance, banking, or securities.” (29 U.S.C. § 1144(b)(2)(A).) “Wonderful,” the practitioner may think, “the covenant of good faith and fair dealing obviously regulates insurance, so all state law remedies for breach of an insurance contract must still exist.” Not so fast. ERISA also contains a “deemer clause” providing that employee benefit plans (i.e., plans governed by ERISA) shall not “be deemed to be an insurance company or other insurer . . . or engaged in the business of insurance . . . for purposes of any law of any State purporting to regulate insurance companies.” (29 U.S.C. § 1144(b)(2)(B).)

Clear as mud? Fear not. Heeding congress’s call to the federal courts to develop an ERISA common law to fill in the gaps and contours of ERISA’s enforcement scheme, the United States Supreme Court in 1987 held that ERISA completely preempts all state insurance bad-faith laws. (Pilot Life Ins. Co. v. Dedeaux, 481 U.S. 41 (1987). Pilot Life held that, despite ERISA’s savings clause, ERISA preempted state bad-faith laws because employee benefit plans are not deemed to be insurance. “Considering the . . . clear expression of congressional intent that ERISA’s civil enforcement scheme be exclusive, we conclude that [plaintiff’s] state law suit asserting improper processing of a claim for benefits under an ERISA-regulated plan is not saved by § 514(b)(2)(A) [29 U.S.C. § 1144(b)(2)(A)], and therefore is pre-empted by § 514(a) [29 U.S.C. § 1144(a)].” (Ibid.)

The import of this two-tiered system cannot be understated. Two Californians can have virtually the same insurance policy, even with the same insurer, yet have completely different remedies if their claims are unreasonably denied. If the policy is purchased individually, the insurer can be subjected to the full force of California’s bad faith remedies. If an employer paid for the policy, however, all potential remedies under California law are preempted by ERISA, and at best the insured will recoup their contractual damages.

From bad to worse: Standard of review

“There’s still hope,” one might think. “I might not be able to use the state law of bad faith, and the remedies under ERISA aren’t very generous, but I just need to prove by a preponderance of the evidence that the insurance company’s denial was wrong. ERISA is, after all, a remedial statute designed to protect employees.”

In a classic example of best intentions gone awry, two years later the Supreme Court clarified exactly how doomed an insured is when they find themselves subject to a claim denial under an ERISA plan. In Firestone Tire & Rubber Co. v. Bruch, 489 U.S. 101 (1989), the court held that benefit denials challenged in federal court under ERISA’s enforcement scheme are “to be reviewed under a de novo standard.”

This may seem acceptable. The court reviews a claim denial anew. Yet here again, there is an exception to the consumer-friendly provision that swallows it whole. The court went on to explain that the de novo standard will not apply if “the benefit plan gives the administrator or fiduciary authority to determine eligibility for benefits or to construe the terms of the plan.” If those magic words granting the plan administrator discretion to determine benefits and interpret the plan are included in the plan, a reviewing federal court applies a deferential abuse of discretion standard of review to the insurer’s claim decision.

This means that a court will defer to the insurer’s claim denial, even if the court disagrees with it and is tempted to overturn it.

After Firestone, those insurers who had not already included the “discretionary language” in their plans rushed to amend their documents. Today it is nearly unheard of to find an ERISA plan that does not grant discretion to the plan administrator.

Fortunately, the California legislature fixed this problem, at least as respects disability-insurance policies and some health-care insurance policies. (Cal. Ins Code, § 10110.6.) This statute forbids insurers issuing these kinds of policies from including discretionary clauses in their plans.

Forget about a jury trial

With ERISA’s steady erosion of the rights and remedies ordinarily afforded to insureds facing a wrongful claim denial, plaintiffs turned to the Ninth Circuit in an attempt to regain some ground. The plaintiff in Thomas v. Oregon Fruit Prod. Co. (9th Cir. 2000) 228 F.3d 991, learned the hard way that the Ninth Circuit was no match for ERISA’s unfriendliness to insureds. There, the court found that because ERISA’s remedies “are equitable in nature . . . the Seventh Amendment does not require that a jury trial be afforded for claims made by participants or beneficiaries.” So not only does ERISA limit the potential remedies available to an insured, but it forecloses the Constitutional right to a trial by jury.

If this is not enough to throw the practitioner off the usual trial prep track, before drafting a discovery plan, there is yet another consideration: there is virtually no discovery allowed in ERISA litigation. ERISA bench trials are most often limited to the paper administrative record that was before the insurer when it denied the claim.

Most insureds believe a wrongly denied claim is the result of a simple mistake. They believe that, on appeal, the carrier will realize its errors and will reverse the underlying claim denial. As a result, most insureds fail to properly document their appeals, much less pack the administrative record with new, determinative information.

Under ERISA, such a failure to support an appeal can be fatal. Practitioners should always narrowly tailor their discovery requests to information that directly impacts the claim, or the claims handling. On rare occasions courts will allow some level of discovery to “enable the full exercise of informed and independent judgment.” (Mongeluzo v. Baxter Travenol Long Term Disability Ben. Plan (9th Cir. 1995) 46 F.3d 938, 943.)

Of course, even if all appeals are exhausted prior to filing suit, it is always a best practice to send any and all relevant claim information to an insurer, with a request to reconsider a claim denial. This is especially true when new facts have arisen subsequent to the claim or appeal denial.

What statute of limitations?

Generally, the ERISA limitations period is the limitations period for a written contract – four years in California. But parties to a contract are generally free to insert their own terms. Since an insurance policy is a contract, and even though the employee/plan participant usually has no input at all in drafting the policy, “a participant and a plan may agree by contract to a particular limitations period, even one that starts to run before the cause of action accrues, as long as the period is reasonable.” (Wetzel v. Lou Ehlers Cadillac Grp. Long Term Disability Ins. Program (9th Cir. 2000) 222 F.3d 643, 646-47.)

That’s right, a statute of limitations could conceivably run before the insurer has completed its investigation and issued its final claim decision. Delay is rewarded.

Naturally, insurers have taken advantage of these holdings to shorten the limitations periods of their policies. Employers, usually unwittingly, became parties to policies with limitations as short as one year – a shorter time period than many insurers take to decide claims.  As a result, employees may not be aware that even the smallest delays can result in the nightmare scenario of having a time-barred lawsuit, through no fault of their own.

Of course, the well-versed attorney will raise a host of defenses to the inevitable motion to dismiss or demurrer on the basis of the statute of limitations. Equitable tolling is one of them. For example, one court held that a plaintiff’s claim should not be time barred unless the defendant would be unfairly prejudiced by allowing the plaintiff to proceed. (Collier v. City of Pasadena (1983) 142 Cal.App.3d 917, 923.)

Calling out a ridiculous statute

Under ERISA there is no bad faith, a possible deferential standard of review, no right to a jury trial, and precious little discovery. And the limitations period may already have run before the insured even retains counsel. This brief primer is, of course, only the tip of the ERISA iceberg.

Perhaps the best summary of ERISA came from the late Judge William Acker, Jr. Appointed to the United States District Court for the Northern District of Alabama by President Ronald Reagan, Judge Acker, who passed away earlier this year at the age of 90, did not shy away from repeated stinging rebukes of the Employee Retirement Income Security Act of 1974. Here is one of them:

A hyperbolic wag is reputed to have said that E.R.I.S.A. stands for “Everything Ridiculous Imagined Since Adam.” This court does not take so dim a view of the Employee Retirement Income Security Act of 1974. Instead, this court is willing to believe that ERISA has lurking somewhere within it a redeeming feature. However, this is not the case in which to find it. (Florence Nightingale Nursing Serv., Inc. v. Blue Cross & Blue Shield of Alabama (N.D. Ala. 1993) 832 F.Supp. 1456.)

Judge Acker’s commentary rings true today as much – or more – as it did when he first authored those words, 25 years ago. Now, however, the ERISA common law is even more complex, and convoluted, and unfair, and insureds are in even more need of competent, aggressive representation. 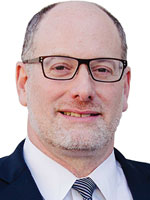 David Lilienstein practices at The DL Law Group, a San-Francisco firm specializing in insurance bad faith and ERISA litigation. The firm litigates all aspects of insurance law, but primarily in the area of disability, health care and long-term care insurance, and on both individual claims and class actions. www.DLLAWGROUP.com. 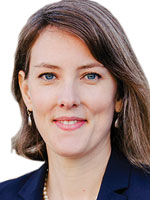 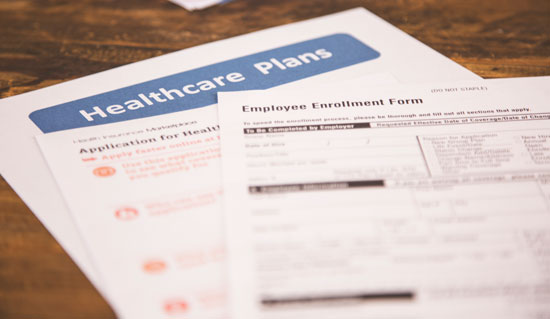