Careful crafting of the offer to compromise is key

Most litigated disputes eventually settle. Given that reality, a savvy litigator will negotiate the best possible settlement and position the client to enforce the settlement quickly and completely, should the other side renege on the deal.

California has long favored settlement agreements as a matter of public policy (Poster v. Southern Cal. Rapid Trans. Dist. (1990) 52 Cal.3d 266, 270). “Not only will such agreements   . . . be sustained by the courts, but they are highly favored as productive of peace and goodwill in the community, and reducing the expense and persistency of litigation.” (McClure v. McClure (1893) 100 Cal. 339, 343.) To further this policy, the Legislature has enacted statutes intended to encourage settlement, as well as statutes intended to streamline enforcement of settlement agreements. Notwithstanding the common public-policy objectives underlying some of these statutes, however, inconsistencies in statutory wording and interpretation may lead to unexpected – and sometimes unfortunate – results. Two such statutes are California Civil Procedure Code section 998, which encourages reasonable settlements, and section 664.6, which facilitates their summary enforcement. An attorney who has strictly complied with section 998 may be surprised to discover that summary enforcement of the settlement pursuant to section 664.6 is unavailable. One can avoid this unfortunate result by taking a few more steps in crafting section 998 offers.

Pursuant to section 998, any party may make an offer in writing to allow judgment to be taken or an award to be entered in accordance with the terms and conditions stated at that time (Code Civ. Proc., § 998, subd. (b).) To meet the statutory requirements, the offer must: (1) be in writing; (2) state the terms and conditions of the proposed judgement or award; and (3) contain a provision allowing the offeree to accept by signing a statement to that effect. (Ibid.) “If the offer is accepted, the offer with proof of acceptance shall be filed and the clerk or the judge shall enter judgment accordingly.”(Id.) If the offer is not accepted within 30 days after service or by commencement of trial (whichever occurs first), it is deemed withdrawn and cannot be given in evidence at trial. (Id. § 998, subd. (b)(2).)

Section 998 is intended to encourage settlement before trial or arbitration, by penalizing a party who fails to accept a reasonable settlement offer. (Persson v. Smart Inventions, Inc. (2005) 125 Cal.App.4th 1141, 1170.)

The statute provides “a strong financial disincentive to a party – whether it be a plaintiff or a defendant – who fails to achieve a better result than that party could have achieved by accepting his or her opponent’s settlement offer. (This is the stick. The carrot is that by awarding costs to the putative settler the statute provides a financial incentive to make reasonable settlement offers.).” (Bank of San Pedro v. Super. Ct. (Goodstein) (1993) 3 Cal.4th 797, 804.) A party who recovers no more than the amount of the section 998 offer at trial or arbitration faces significant financial penalties, including substantial attorneys’ fees if such fees are recoverable pursuant to contract or statute.

The Legislature enacted section 998 in 1971; since then, it has amended the statute nine times, most recently in 2015. The 1000+ published and unpublished appellate decisions referencing section 998 are ample evidence of its widespread use. While section 998 offers remain most common in personal injury cases, attorneys are increasingly employing them to resolve business and other commercial disputes.

Unfortunately, while section 998 encourages parties to make and/or accept reasonable settlement offers, it lacks any mechanism for resolving disputes over the terms or binding effect of settlements. Nor does it provide any authority for the trial court to enforce – or even retain jurisdiction to enforce – the settlement terms.

This view was based on the premise that motions to enforce settlements —which were based on facts outside the pleadings – must be treated as motions for summary judgment, to be granted only if all of the papers submitted showed there was no triable issue of fact. (See, e.g., Duran, 150 Cal.App.3d at 179; Hastings, 107 Cal.App.3d at 880-881.)

A second line of authority permitted motions to enforce settlements based on facts outside the pleadings, so long as the fact of settlement and the settlement terms were not subject to reasonable dispute. (Corkland v. Boscoe (1984) 156 Cal.App.3d 989, 993; Gregory v. Hamilton (1978) 77 Cal.App.3d 213, 219-220.) Courts following this approach considered the statutory means of enforcing settlements inadequate and determined that courts must be able to enforce settlements as a means of controlling court proceedings and protecting the parties’ interests. (Gopal v. Yoshikawa (1983) 147 Cal.App.3d 128, 132.)

The Legislature’s enactment of section 664.6 resolved this conflict by authorizing a summary, expedited settlement- enforcement procedure, should certain procedural requirements be met. “If parties to pending litigation stipulate, in a writing signed by the parties outside the presence of the court or orally before the court, for settlement of the case, or part thereof, the court, upon motion, may enter judgment pursuant to the terms of the settlement.” (Stats. 1981, ch. 904, § 2, p. 3437.) Further, “[i]f requested by the parties, the court may retain jurisdiction over the parties to enforce the settlement until performance in full of the terms of the settlement.” (Ibid.)

Once section 664.6 went into effect, the Court of Appeal began reaching conflicting conclusions regarding the meaning of “parties” in the statute. The first appellate court to interpret the term concluded that it included both the litigants and their attorneys. (Haldeman v. Boise Cascade (1985) 176 Cal.App.3d 230, 232-33.) In that case, the parties’ attorneys had reached a settlement at a judicially-supervised settlement conference, then placed the settlement terms on the record in court. When the plaintiff – who had not been present at the proceedings – refused to sign the settlement release, the trial court granted the defendant’s motion under section 664.6 to compel enforcement of the settlement. In rejecting the plaintiff’s contention on appeal that the settlement was unenforceable because she had not personally agreed to it, the appellate court pointed to the statute governing summary judgments as an example of provisions in the Code of Civil Procedure that employ the term “party” but nevertheless are generally understood to include the litigant’s attorney of record. (Code Civ. Proc., § 437c (“Any party may move for summary judgment ...”).) Thereafter, another appellate court came to the opposite conclusion, holding that the settlement stipulation must be signed by the litigants themselves, not solely by their attorneys, to be enforceable under section 664.6 (Gallo v. Getz (1988) 205 Cal.App.3d 329, 333 (citing Datatronic Sys. Corp. v. Speron, Inc. (1986) 176 Cal.App.3d 1168, 1175, and City of Fresno v. Maroot (1987) 189 Cal.App.3d 755, 762).)

The California Supreme Court resolved this conflict in 1995 in Levy v. Superior Court (Golant), concluding that the term “parties” in section 664.6 refers only to the parties themselves. (Levy v. Super. Ct. (Golant) (1995) 41 Cal.4th 578, 580.) While acknowledging that courts frequently interpret the term “party” in a number of civil procedure statutes to include the litigants’ attorneys, the Court observed that, in other statutes, the term “party” means the litigant only. (Id. at 582-83 [citing former Code Civ. Proc., § 2033, subd.(g) “The party to whom the requests for admissions are directed shall sign the response under oath, unless the response contains only objections.”].) In Levy, an attorney-client fee dispute, the litigants’ counsel had agreed to settlement terms in writing, but the attorney litigant thereafter refused to execute the formal settlement agreement. (Id. at 580.) The Court explained that, when “the subject of the statute may affect the substantial rights of the litigants themselves, the term ‘party’ literally means the party litigant, not the litigant’s attorney.” (Id. at 583.) The Court distinguished between actions of counsel that are “incidental to the management of a lawsuit, such as making or opposing motions, seeking continuances, or conducting discovery,” and actions that affect a litigant’s substantial rights, such as settlement. (Ibid.) The Court considered settlement “such a serious step that it requires the client’s knowledge and express consent.” (Ibid.)

In justifying its narrow interpretation of the term “party” in section 664.6, the Levy Court explained that requiring parties to stipulate in writing or orally before the court – i.e., their “direct participation” – tends to ensure that the settlement results from mature reflection and deliberate assent, protects litigants against hasty and improvident settlement agreements by impressing upon them the seriousness and finality of the decision to settle, and minimizes the possibility of conflicting interpretations of the settlement terms. (See In re Marriage of Assemi, 7 Cal.4th at 905; City of Fresno v. Maroot, 189 Cal.App.3d at 762; Datatronic Sys. Corp. v. Speron, Inc., 176 Cal.App.3d at 1174.) The Court also posited that the stipulation requirement protects parties from impairment of their substantial rights without their knowledge and consent. (See Blanton v. Womancare, Inc. (1985) 38 Cal.3d 396, 404.) Because the attorney litigant had not signed the settlement agreement, the Court concluded that summary settlement enforcement pursuant to section 664.6 was unavailable. (Levy, 41 Cal.4th at 586.)

Certainly, the decision to settle is a critical step in litigation, which should result from “mature reflection and deliberate assent.” Litigants should be protected from “hasty and improvident settlement agreements” and should understand and appreciate the “seriousness and finality of the decision to settle.” Given these basic premises and California’s strong public policy favoring settlements, one would assume that sections 998 and 664.6 work together, hand in glove, to further public policy. But such is not the case. In fact, by following section 998’s requirements assiduously, an offeror’s attorney will prevent any summary settlement enforcement pursuant to section 664.6!

“Any acceptance of [a section 998] offer, whether made on the document containing the offer or on a separate document of acceptance, shall be in writing and shall be signed by counsel for the accepting party or, if not represented by counsel, by the accepting party.” (Code Civ. Proc., § 998(b) (emphasis added).) Thus, where a section 998 settlement offer provides for signature only by the offeree’s attorney, the 998 acceptance fails Levy’s requirement that the litigant sign the settlement agreement. Moreover, customarily only an offeror’s attorney signs a section 998 offer; this practice runs afoul of section 664.6 jurisprudence providing that each settling party must have signed the settlement agreement. (See Harris, 74 Cal.App.4th at 305; Critzer, 187 Cal.App.4th at 1258.) Thus, if only the offeree’s attorney signs the section 998 acceptance, a summary judgment motion, a separate suit in equity, or an amendment of the pleadings will be necessary to enforce the resulting settlement.

Position your 998 settlement for summary enforcement 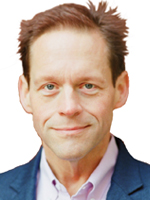 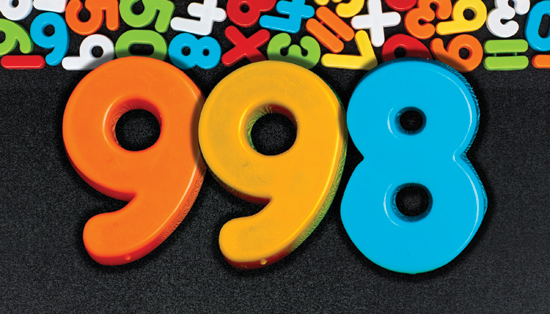