Injuries that occur on jobsites often raise a series of issues about the existence and scope of the various parties’ duties concerning the work to be performed. Resolution of these issues will often make the difference between whether the injured worker will be relegated to a workers’ compensation remedy or can seek full compensation through a civil lawsuit against a third party.

While the workers’ compensation system helps to ensure that injured workers receive prompt medical treatment as well as ongoing disability benefits during the period they are unable to work, it has significant limitations. For example, individuals who are temporarily disabled may receive only two-thirds of their gross wages while recovering from their injuries and are precluded entirely from recovering any compensation for non-economic damages such as pain and suffering.

Under what is often referred to as the Exclusive Remedy Rule, employees are usually precluded from bringing civil lawsuits against their employers arising out of injuries sustained on the job. (See, Lab. Code, §§ 3600-3602.) Subject to limited exceptions, the exclusive remedy under such circumstances is to pursue benefits through the workers’ compensation system.

Of course, the Exclusive Remedy Rule does not preclude injured workers from pursuing a civil lawsuit against other parties, including the owner of the property where they were injured. Under traditional premises liability principles, a defendant is liable in tort if:

The defendant owned, leased, occupied, and/or controlled the property;

The defendant was negligent in the use or maintenance of the property;

Plaintiff was harmed; and

With that said, if the plaintiff is on defendant’s property for the purposes of performing work for a company which the defendant (or another party) has hired, the law adds additional hurdles that may significantly restrict the worker’s ability to maintain suit against the property owner. Under the retained-control theory, demonstrating that the property owner was negligent and that its negligence caused the worker’s injuries is not enough. Rather, the plaintiff must demonstrate that the defendant retained control over the worksite and negligently exercised that control in a manner that “affirmatively contributed” to the employee’s injuries. (Hooker v. Department of Transportation (2002) 27 Cal.4th 198, 202.) Thus, property owners who “passively” permit an unsafe condition to exist on their property may avoid liability even if they were aware of the dangerous condition beforehand. (See, e.g., Tverberg v. Fillner Construction (2012) 202 Cal.App.4th 1439, 1446.)

While the policy rationales behind such a rule are beyond the scope of this article, suffice it to say, this rule can actually inure to the benefit of property owners who are less vigilant in terms of maintaining safety on their property. Indeed, as counterintuitive as it might seem, under Hooker, a property owner who is aware of a dangerous condition on its property may be incentivized to sit on its hands and do nothing since, as long as it refrains from exercising control over the particular worksite, it may be insulated from liability to individuals who are contracted to perform work onsite.

Fortunately for workers, while the retained-control theory may reward inaction, the doctrine of non-delegable duty may provide an avenue for relief to workers who might otherwise be barred from recovery under Hooker.

What is a non-delegable duty?

“A nondelegable duty is a definite affirmative duty the law imposes on one by reason of his or her relationship with others. One cannot escape this duty by entrusting it to an independent contractor.” (Felmlee v. Falcon Cable TV (1995) 36 Cal.App.4th 1032, 1036.) “A nondelegable duty may arise when a statute or regulation requires specific safeguards or precautions to ensure others’ safety.” (Evard v. Southern California Edison (2007) 153 Cal.App.4th 137, 146.)

Perhaps the most fertile source for locating non-delegable duties in cases involving worksite injuries comes from the regulations issued by California’s Division of Occupational Safety and Health (Cal/OSHA). Plaintiffs may rely on Cal-OSHA requirements, just as they can rely on other statutes and regulations, to establish that a defendant owed the plaintiff a duty of care. (Seabright Ins. Co. v. US Airways, Inc. (2011) 52 Cal.4th 590, 596.) Additional potential sources of non-delegable duties for property owners may be found in California’s Building Code as well as its Residential Code. Local regulations such as City or County Building Codes may also provide a valuable source of non-delegable duties.

The duty pre-existed the work being performed by your client

Under the doctrine of non-delegable duty, the injured worker may recover against the third-party property owner where it is shown that the owner had a non-delegable legal duty that it breached in a way that affirmatively contributed to the plaintiff’s harm. (Khosh v. Staples Construction Co., Inc. (2016) 4 Cal.App.5th 712, 717.)

However, identifying the breach of a regulatory duty, whether that duty is codified by Cal/OSHA or otherwise, is not enough. Rather, to succeed under the doctrine of non-delegable duty, plaintiff must demonstrate that the duty at issue pre-existed the particular work that was being performed. (Seabright, 52 Cal.4th at pp. 600-601.)

In Seabright, the Court was tasked with evaluating the extent to which the hirer of an independent contractor may delegate to that contractor its tort-law duties to ensure the safety of the workplace, including those duties arising out of Cal/OSHA regulations. The plaintiff in Seabright was a baggage-conveyor mechanic whose company, Lloyd W. Aubry Co., was hired by U.S. Airways to repair a conveyor at San Francisco International Airport that U.S. Airways used pursuant to a permit. Plaintiff contended that conveyor lacked certain safety guards required by applicable Cal/OSHA regulations. While the plaintiff was inspecting the conveyor, his arm was caught in its moving parts and he was injured. In other words, he was injured by the very instrumentality that his company was hired to repair.

Seabright held that “[b]ecause the alleged ‘duty’ to an independent contractor’s employee ‘arose out of the contract’ and ‘only existed because of the work ... that [the independent contractor] was performing for the [hirer],’ it ‘did not fall within the nondelegable duties doctrine.’” (Khosh, supra, 4 Cal.App.5th at 720 [quoting Seabright].)

The essential lesson from Seabright is that duties that exist only because construction or other specified work is being performed can be, and are presumptively delegated from the hirer to the contractor hired to perform the work. (Seabright, supra, 52 Cal.4th at 600-603.) On the other hand, ongoing obligations that pre-exist the contractor’s hiring and that apply to the hirer irrespective of the particular work being contracted for remain non-delegable. (Seabright, 52 Cal.4th at 600-603; Evard, 153 Cal.App.4th 137; Khosh, 4 Cal.App.5th 712.)

Strategies for building your case

While Hooker may be seen as rewarding inaction, the doctrine of non-delegable duty can be used to impose liability on a property owner even if the owner completely cedes control of the worksite to the contractor who was hired to perform the particular work at issue.

Liability may be predicated on a property owner’s breach of its own regulatory duties, regardless of whether or not it voluntarily retained control or actively participated in the project. For purposes of imposing liability for affirmatively contributing to a plaintiff’s injuries, the affirmative contribution need not be active conduct but may be in the form of an omission to act.

Because a plaintiff proceeding on a theory of non-delegable duties must demonstrate that the duty pre-existed the particular work being performed, discovery in such cases will generally require an approach that goes beyond discovery into the circumstances surrounding the plaintiff’s injuries. That discovery should entail a broad evaluation of the day-to-day uses of the property as well as an examination of other projects performed on the property before the plaintiff’s employer was hired.

This process can begin, and ideally should begin, early on. Even before filing suit, consider sending a public-records request to your local building department. As part of this request, you can ask for documentation of any and all permits; complaints; building-plan reviews; inspection reports or other documents related to any inspections of the building; certifications; correspondences; and/or documents pertaining to allegations of code violations and/or code enforcement.

If, for example, you represent an electrician who fell from an unprotected elevated working space, a public-records request may uncover evidence of prior companies or individuals who were hired to perform work at or near this same location. If you can show that prior companies or individuals were exposed to the same or similar hazard, this will help to establish your argument that the duty at issue (e.g., duty to provide fall protection) did not arise out of this particular work but instead, represented a duty which the property owner owed to others well before your client was injured.

Once you file suit and begin formal discovery, consider sending targeted Requests for Admission that ask the defendant to acknowledge that, with respect to the regulations that you contend it violated, the defendant owed these same duties to the prior companies it hired to perform work on its property. If the defense objects, remind them that it is improper to object to a Request for Admission on the basis that it calls for a legal conclusion. (Garcia v. Hyster Co. (1994) 28 Cal.App.4th 724, 735.)

Additionally, you can always subpoena the companies that previously performed work at the worksite. Through a subpoena, you may get valuable documents and testimony that help establish that the defendant owed the same duty to another company (or companies) well before your client ever set foot on their property.

Given the limitations of the workers’ compensation system, a third-party lawsuit will frequently be the only realistic opportunity for injured workers to be fully and fairly compensated for all of the harm they sustained in a worksite injury. By identifying a property owner’s non-delegable duties – duties that pre-existed the work being performed in your case – and demonstrating that the property owner breached these duties, you can hold the property owner accountable for its negligence while obtaining just compensation for your client. 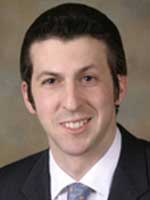 Loren Schwartz is a partner in the San Francisco Office of Dunn & Panagotacos LLP. His practice focuses on representing plaintiffs in personal injury, medical negligence, elder abuse, and employment matters. He is an active member of the Consumer Attorneys of California, Bar Association of San Francisco, and San Francisco Trial Lawyers Association.