The law of unintended consequences

In recent months, law-enforcement agencies across the country have been vigorously investigating medical-services providers – doctors, nurses, and clinics. The ostensible reason for this crackdown has been to eradicate Medicare fraud and “pill mills” where doctors needlessly distribute narcotic painkillers to their patients in exchange for kickbacks and other ill-gotten gains.

An example: In June, 2018, the Department of Justice assembled a Medicare-fraud strike force that snared 601 healthcare professionals. The DOJ has labeled it the biggest healthcare fraud take-down yet. (https://oig.hhs.gov/fraud/strike-force.)

Emboldened by its success, the DOJ and the Department of Homeland Security announced in August that they were forming a new regional strike force, adding horsepower to their investigations. In all, law-enforcement agencies across the country have formed ten regional strike forces and charged over 3,700 medical professionals with crimes ranging from healthcare fraud to providing false statements.

The criminal charges common to this nationwide dragnet each carry the potential to devastate the life and career of a licensed medical professional. “Healthcare fraud” is a serious felony: Each count is punishable by up to ten years in prison. “Providing false statements” can land a doctor in prison for up to five years. “Aggravated identity theft” carries a mandatory prison sentence of two years. Given the serious potential consequences for a medical provider, it is no surprise that these investigations and charges have led to a staggering number of guilty pleas, which have resulted in felony or misdemeanor convictions for a number of healthcare providers across the country.

The effects of this enormous operation can be felt close to home. Last year, in Santa Ana, the Orange County DA, aided by the state Department of Insurance, criminally charged a Ranchos Palos Verdes doctor along with 25 other doctors, pharmacists and business owners in connection with an alleged $40 million fraudulent medical billing and kickback operation. The doctors were charged in 2017 with multiple felony counts, including conspiracy to commit medical insurance fraud. The criminal indictments allege that a Beverly Hills couple masterminded a “complex insurance fraud scheme” and recruited doctors and pharmacists to participate. The medical professionals who were charged with fraud crimes were located throughout California.

Given the vast reach of this law-enforcement effort, it is possible that a treating doctor involved in the care of your clients has a black mark on her record – a pending criminal charge, a misdemeanor conviction, a felony conviction, or a restriction on her license. Due diligence now requires us to research the treating doctors, especially if we intend to rely on them for testimony at trial or in support for our life-care plan.

Effective target research is a topic for another article, but Google is an effective starting place. The DOJ is proud of the arrests it makes, and publishes its successes online.

Also, check the below URL, which identifies the targets of the Santa Ana investigation mentioned above. The doctors and clinics mentioned deserve special attention, as the age of the case increases the likelihood that they have resolved their matters by accepting a plea deal, which would mean a conviction and a term of probation. (http://4patientsafety.org/documents/Fatteh,%20Parvez%20Mehboob%20Article%204:28:2017.pdf)

Hopefully, you are reading this article in time to conduct your investigation before choosing your witness lineup for trial or your life-care plan support. But if your client (and case) is unwittingly and irreparably tangled in this criminal web, it’s worth a refresher on the rules around impeachment with a criminal conviction.

Evidence Code section 788 allows a party to use the fact of a felony conviction to attack a witness’s credibility, unless the witness has obtained some form of relief from that conviction. (Evid. Code, § 788 (a)-(d).) In most circumstances, relief from a criminal conviction comes only after the completion of probation – typically three or five years – so it is likely that any medical provider who has suffered a conviction stemming from this recent law enforcement operation will have completed probation and been relieved from the evidentiary consequence of that conviction.

So, the felony conviction will likely be used to impeach the doctor. But the court may sanitize the conviction if you make a motion, so that the impeachment question is as simple and non-inflammatory as possible. After all, the impact of this evidentiary rule is that the jury gets to hear that the witness has been convicted of a felony – that fact alone is enough for the jury to consider, let alone the underlying conduct or charges. (See, CACI 211.)

With a misdemeanor conviction, the conduct underlying the conviction is admissible, but not the fact of the conviction. A misdemeanor charge or conviction may provide impeachment that is as powerful as that of a felony conviction. With a misdemeanor charge, a witness can be impeached with the criminal conduct even if there is no conviction, so long as the conduct is of moral turpitude. (People v. Cadogan (2009) 173 Cal.App.4th 1502.) When the underlying charge is fraudulent billing practices or something that connotes the abuse of a position of trust that a doctor has over her patient, this impeachment can be devastating.

However, because a misdemeanor is considered a less reliable indicator of immoral character or dishonesty than a felony, the court must be careful to weigh whether the admission of such evidence involves undue time, confusion, or prejudice that substantially outweighs its probative value. (People v. Wheeler (1992) 4 Cal.4th 284, 296, superseded by statue on other grounds in People v. Duran (2002) 97 Cal.App.4th 1448, 1460.) A misdemeanor conviction used to impeach entails problems of proof, unfair surprise, and moral turpitude evaluation that are not present with felony convictions, so courts must carefully weigh those factors under Evidence Code section 352. (Wheeler, supra, 4 Cal.4th 296-297.)

Finally, be aware of Evidence Code section 452.5, which allows the introduction of official court records, including conviction records. These could be used to impeach a witness who denies being involved in the conduct.

(a) The official acts and records specified in subdivisions (c) and (d) of Section 452 include any computer-generated official court records, as specified by the Judicial Council, that relate to criminal convictions, when the record is certified by a clerk of the superior court pursuant to Section 69844.5 of the Government Code at the time of computer entry.

(b) (1) An official record of conviction certified in accordance with subdivision (a) of Section 1530, or an electronically digitized copy thereof, is admissible under Section 1280 to prove the commission, attempted commission, or solicitation of a criminal offense, prior conviction, service of a prison term, or other act, condition, or event recorded by the record.

Law-enforcement efforts to put a stop to healthcare scams may result in collateral damage to your case and clients unless you are prepared to investigate, be strategic about your choice of witnesses, and if it’s too late to change, prepare to deal with cross examination at trial. 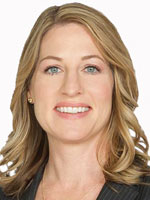 Elinor Leary is the team leader of the Leary Trial Team at The Veen Firm. Her team handles complex cases that involve life-altering injuries or death. Ms. Leary has been a clinical professor at the University of San Francisco School of Law.