Until the pool of neutrals reflects the population being served, diversity must be a consideration in the selection process

Statistics vary, but somewhere between 81 and 97% of civil cases settle before trial. The 2013 Judicial Council report reflects an 81% settlement rate for unlimited cases, and a 93% rate for limited cases. This makes settlement negotiations, and those who facilitate them, absolutely critical to the meaningful and reliable operation of our judicial system. This article addresses the problem of a lack of diversity among neutrals, and what you might do to make an impact on this problem.

Before we progress, it is pertinent to point out that there is little agreement on the appropriate terminology to use when addressing diversity. The terms “minority” and “people of color” and “LGBTQIA” are just examples among a collection of descriptors used in the modern lexicon. Loosely speaking, the terms refer to anyone other than those identifying as non-Hispanic Caucasian or heterosexual.

Californians make up the most ethnically diverse population in the nation. According to the 2018 World Atlas, the percentage of our state’s population claiming Mexican heritage hovers at just under 40%, placing California third just behind New Mexico and Texas. Among the remaining population, 14.7% are Asian, 6.5% are Black, 1.7% are Native American, 0.5% are Pacific Islander, 3.8% claim more than one ethnicity, leaving approximately 33% of the population identifying as non-Hispanic Caucasian. (Retrieved from www.worldatlas.com/articles/which-is-the-most-ethnically-diverse-us-state.html. Gender ratios (measuring binary only) have women at slightly more than one-half of the state’s population. And, according to the Williams Institute at UCLA School of Law, in 2018 5.3% of our population identified as LGBT.

Diversity is the topic of many studies, presentations, and articles. Diversity in the legal profession alone is too large a topic for this article. This article focuses on diversity among professional neutrals – the mediators and arbitrators you select to resolve your clients’ cases. Why should we care about these statistics? What role does ethnicity, culture, gender, or sexuality play in your practice or mine? From my vantage point it is very simple: These are the people that attorneys serve through our justice system as advocates, mediators, arbitrators, and judges. Yet despite great progress, we as a group have very little in common with those we serve.

Reporting for roughly the same period of time, the National Association of Law Placement (NALP) concluded that women comprised 45.5% of private practice associates and only 23% of partners. At the same time, ‘minorities’ made up 23% of the associate base and only 8% of the partnership ranks, and the latest NALP report on national diversity suggests only about 2.5% of lawyers are “openly LGBT.”

On the California bench, consisting of roughly 1,900 judges, two-thirds consider themselves “white” and about one-third are women. This reflects substantial improvement occurring over the last dozen years or so. Notably, of the 600 judicial appointments under the recent Brown administration, more than half are women, and 41% of the Brown appointees identify as nonwhite.

With all of the foregoing digested, consider the following: Roughly 27% of mediators on nationwide ADR service provider panels are women, and only 2% identify (or can be identified) as “people of color.” These numbers do not come close to mirroring the client base we all serve as attorneys. This problem resulted in the passage of the American Bar Association’s Resolution 105, which reads simply:

RESOLVED, That the American Bar Association urges providers of domestic and international dispute resolution services to expand their rosters with minorities, women, persons with disabilities, and persons of differing sexual orientations and gender identities (“diverse neutrals”) and to encourage the selection of diverse neutrals; and

RESOLVED, That the American Bar Association urges all users of domestic and international legal and neutral services to select and use diverse neutrals.

The mediator-selection process usually involves lawyers exchanging names, followed by lawyers independently researching the proposed professionals, and culminating in lawyers and their respective clients together reviewing the culled results. (The arbitrator-selection process varies depending upon the service provider, but similarly, the ultimate choice remains in the joint hands of the lawyer and client). Obviously, diversity alone must not serve as the basis for selection of a single neutral for a particular case, but until the entire pool of available neutrals reflects the population being served, diversity must be a consideration in the selection process.

This lack of diversity gained some public attention recently when Shawn Carter (“Jay-Z”) and Iconix Brands sought to have an arbitrator appointed in accordance with a contractual requirement. Jay-Z complained that the panel offered by the national service provider was not sufficiently diverse.

Specifically, only 2 of 200 proposed neutrals were Black. Jay-Z sought to enjoin enforcement of the arbitration clause on that basis. The petition did not go to decision, because Jay-Z was ultimately satisfied that the neutral service provider was doing the best it could with the pool it had available. Given that neutral panels typically have about two percent people of color, the one percent the provider was able to muster was understandable. But this poses the question: Are we really seeing all of the diversity available to us in the profession? If so, why are the numbers so low? If there are more diverse neutrals out there, and we aren’t seeing them, why not?

There are two driving principles that make diversity a critical consideration: First, many studies show that diverse teams improve decision-making by bringing new perspectives to the table; and second, neutrals should reflect the diversity of the communities they serve, particularly those who feel their views and circumstances are not fairly represented otherwise. Your clients are in highly charged, stressful, often expensive and protracted problems when they come to you for solutions. They need you to be their trusted guide through the civil justice system, and they need to believe that the neutrals you recommend to them both understand them and are trustworthy. This can be an uphill battle given human nature and the stakes involved, but one thing we can all do is ensure there is diversity in the selection process.

I leave you with this challenge: The next time – and each time – you propose a panel of neutrals, make that panel as diverse as you possibly can. It still might not reflect the diversity of our state, but if we keep pushing, together, eventually we will get there. 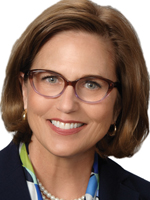 Melissa Blair Aliotti is an AV-rated, full-time California neutral with Judicate West, based in the Sacramento office, where she serves as mediator, arbitrator, discovery referee, and special master. Her areas of focus are personal injury, construction and construction defect, real property including landlord/tenant, and probate disputes. 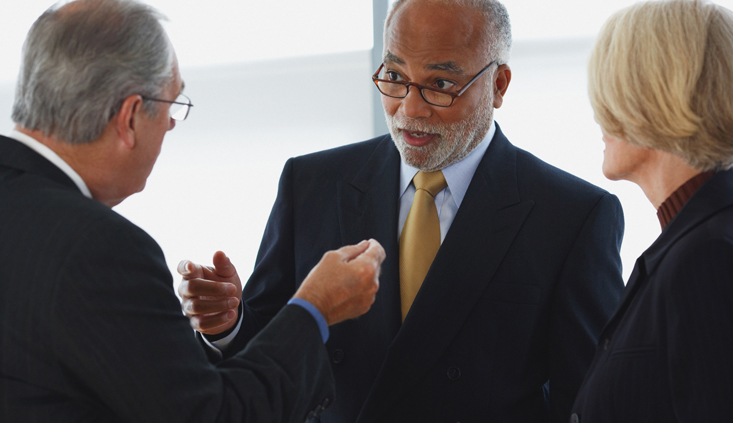