When EPLI is present, what was a two-party case has become a multi-party case and the dynamics have changed

Think about Employment Practices Liability Insurance as an additional party in your litigation. What was a two-party case has now become a multi-party case. The EPLI carrier has interests and concerns that need to be understood as part of the case’s backdrop. They may coincide or clash with the interests of the insured employer defendant. This adds complexity and time to settlement efforts. Thinking about this from the onset of the case, in preparation for and during the mediation, will inform your negotiation strategy and help you explain EPLI dynamics to your client.

Know whether employee made a legitimate claim

A critical concept in the employee practices liability insurance (EPLI) world asks the question: “did the employee make a legitimate claim?” An employee claim is the first step in triggering insurance. Absent a claim by the employee, the insured employer is under no obligation to notify the carrier and the carrier will have no insuring obligations. A claim may be defined in the policy broadly to include an email to a supervisor stating s/he is being treated poorly due to membership in a protected class. Thinking this is an innocuous comment, typical of this employee who is frustrated easily and complains frequently, the supervisor erroneously fails to see the employee’s statement as a claim and fails to act.

Practice Pointer: If the employer or defense counsel states the employee never made a claim, employee’s counsel should scrutinize the conversations very closely to see if an argument can be made that indeed the employee did make a proper claim. If plaintiff’s counsel can make a credible showing of this, the employer may be inclined to engage in an early mediation under these circumstances to prevent escalation of a case for which it has no insurance.

The better the communication between plaintiff and defense counsel, the greater the potential for trust, and the greater the trust between counsel, the more likely it is that insurance will be maximized. Good communication contributes to the shared goal of finding financial resources, which helps both the insured employer and the employee resolve the case.  Once a lawsuit is filed, defendant must produce insurance information pursuant to Code of Civil Procedure section 2017.210. But, if the goal is to obtain insurance information and mediate before filing a lawsuit, antagonistic attitudes, words or actions may make this information harder to come by and lead to defense counsel’s “we don’t have to tell you (yet)” retort.

Practice Pointer: By engaging in diplomacy, plaintiff’s counsel increases the chances of learning earlier in time if insurance dollars will be available to settle the case.

Look for insurance throughout the litigation

Fact patterns evolve during the course of litigation. New facts may surface after further investigation or discovery such that what was initially thought to be uninsurable conduct turns out to be insurable conduct.

Practice Pointer: Another reason to maintain a good rapport with defense counsel is that defense counsel may offer a tip as to how insurance coverage may be triggered, e.g., by amending a pleading in a certain way or taking discovery on an issue. Defense counsel is willing to do this as it will help defense counsel’s client, the insured employer, as well as plaintiff.

Package your case before mediation

• A well-written and analyzed brief assessing liability and damages• Percipient witness declarations, or at least summaries if the declarations are unavailable but will be brought to the mediation

• Identification of experts retained and their reports

• A “Day in the Life of Plaintiff” video

Practice Pointer: Providing an information packet is expensive but important to do in large cases, and a scaled down version is prudent for smaller cases. Defense counsel is the intermediary who will evaluate the case and have influence over the carrier’s decision. Maximizing case value at the mediation begins a long time before the mediation occurs.

Understand the truth about insurance

Insurance is an industry. From the carrier’s perspective, it has a finite amount of money collected from premiums and investments. From that pool the carrier must run the business and pay overhead, pay claims, and offer returns to its investors. The carrier is not considering the plaintiff’s single claim in a vacuum, but in the sea of its other commitments and obligations. Overpaying on one claim will mean having inadequate resources on another. Carriers scrutinize claims very closely insofar as looking at case value, risk and apportionment (who will pay what to whom).

Practice Pointer: Emphasize facts that augment plaintiff’s favorable legal analysis and increase carrier risk, as this will get the carrier’s attention. Delete other facts, lest they are viewed as window dressing, and detract from the strength of the argument. For example, a long tenure of employment without discipline will be viewed as irrelevant in the face of undisputed job abandonment. The carrier will be swayed to increase its settlement offer only if there is linkage between the absence of discipline during a long tenure and a legally cognizable issue. Highlight the facts that matter and omit the ones that do not.

A “Self-Insured Retention” (SIR) is analogous (but not identical) to a deductible on an auto policy in that the insured is responsible for a portion of the loss. With respect to an EPLI policy, the insured employer is obligated to exhaust the SIR before the carrier contributes to a settlement. Thus, the presence of EPLI may be wholly irrelevant when assessed against the claim if, under any possible analysis, the settlement range falls within the insured employer’s SIR.

Practice Pointer: A heightened interest in a case when learning of the presence of EPLI must be tempered by the reality that the amount of damages may not exceed the insured employer’s SIR. It may be that early resolution rather than litigation is the preferred approach under this circumstance. If early resolution is desirable, query whether aggressive written discovery will contribute to or thwart this goal. Some defense counsel report that by squeezing the SIR too forcefully, the insured employer may become combative, making early resolution more difficult.  On the other hand, forceful advocacy may be exactly what will get the insured employer’s attention. Evaluation of the ultimate goal on a case-by-case basis, and matching the strategy to the goal, is best.

In what may be an anomaly, a carrier may try to invoke Insurance Code section 533 (section 533) to disallow coverage for claims that have been the bread and butter of EPLI since the inception of this product. Section 533 states “An insurer is not liable for loss caused by the wilful act of the insured; but he is not exonerated by the negligence of the insured....” Successfully arguing that the misconduct of its insured employer is “wilful” within the meaning of section 533 means that the insurer is relieved of its duty to indemnify and/or provide a defense. The public policy behind this statute is to discourage bad conduct by the insured by disallowing the ability of the insured to shift the responsibility for damages to the insurer. Section 533 is read into all contracts of insurance.

The cornerstone of an employment lawsuit involves intentional conduct (failure to hire or accommodate, or termination, etc.). Case law draws a distinction between intentional conduct (insurable) and conduct stemming from a harmful state of mind (uninsurable). Whether section 533 is implicated can depend on how the facts are pled. In an effort to underscore the egregiousness of employer behavior, the complaint may set forth colorful language describing the employer’s conduct as harmful or deliberately injurious. But, an unintended consequence may be that the carrier is able to argue that it is relieved from providing indemnity and/or a defense because the employer’s conduct falls into the wilful conduct proscriptions of section 533.

Practice Pointer: With section 533 in mind, it may be advisable to tone down an exuberantly-pled complaint’s description of the wrongful conduct, or be more general in pleading, to avoid giving voice to an argument that the alleged misconduct is uninsurable. This can be done effectively without losing the thrust of the offending insured employer’s conduct.

If coverage issues are present in the case, plaintiff’s counsel will benefit tremendously by consulting with an insurance-coverage expert and/or bringing coverage counsel to the mediation. Being informed about the coverage issue(s) will level the playing field, that is, ensure that plaintiff’s counsel is equipped with an equal understanding of the operative insurance principles. How, and under what circumstances, the carrier can disavow its obligation to the insured to provide a defense and/or indemnity is a complex topic. What is needed at the table is an expert steeped in the subject who can argue the nuances of the law (e.g., how the insured employer’s conduct is not tantamount to the wilful conduct proscribed by Insurance Code section 533). In somewhat of an oddity, both plaintiff and insured employer may find themselves on the same side of the legal argument against the carrier because plaintiff, like the insured employer, would like insurance to be available.

Practice Pointer: Other circumstances that may benefit from coverage counsel’s expertise include untimely notice of a claim, applicable policy exclusions, damages exceeding policy limits, punitive damages (for which there is usually no coverage) or interpretation of policy terms based on custom and practice, industry norms and relevant case law.

Practice Pointer: If disposing of the plaintiff’s complaint is paramount above all else, mediating the two cases simultaneously can provide leverage points that will drive settlement in the face of coverage uncertainties. If coverage uncertainties make it impossible to garner enough money to attract plaintiff’s interest, the mediation negotiations may derail for the time being, pending resolution of the coverage dispute.

Pace of the mediation. The pace of triangular mediation is much slower, as the mediator moves between two mediations, each of which has distinct, but integrated issues. Ultimately, the two mediations must coalesce if there is to be a settlement. 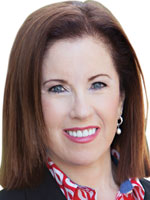 Lynne S. Bassis is a full-time neutral with ADR Services, Inc. Her primary areas of mediation practice are: employment, disability, healthcare and business. Her litigation experience includes legal aid, general civil and municipal defense work. She was a prosecutor for, and counsel to, the California’s State Bar Disciplinary Court. Ms. Bassis is a former Director of the Disability Mediation Center and adjunct professor at Loyola Law School. For multiple years since 2007, she has been designated a Super Lawyer. Ms. Bassis received her A.B. from the University of California, Berkeley and graduated from Northeastern University School of Law in Boston. 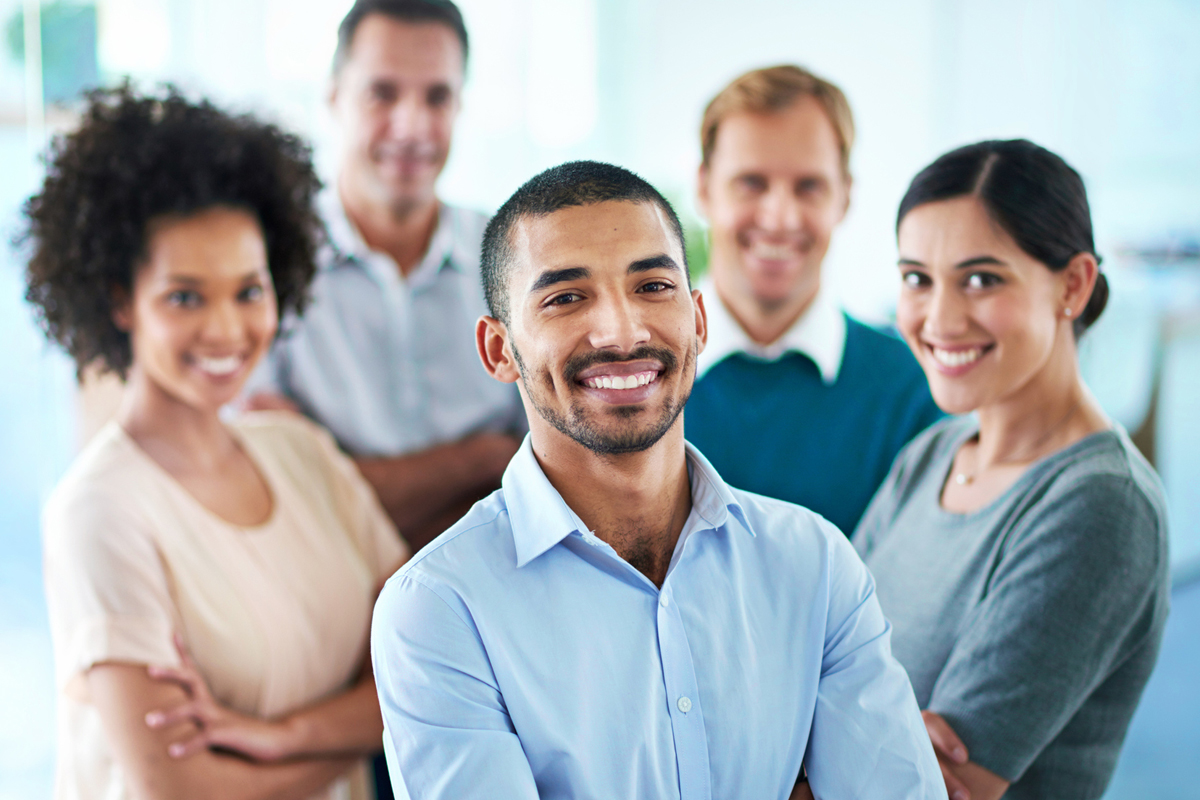