Using your own voice

There are some basic “rules” in writing appellate briefs: Include the required contents (see, e.g., California Rules of Court, Rule 8.204), use plain English, follow the rules of grammar, punctuate appropriately, tell your client’s story logically, argue the law with clarity, compel the conclusion you want.

All sound advice. But that doesn’t mean your brief has to be “vanilla.” A vanilla brief is often not very interesting to read, even if it makes a compelling argument for your legal position. Add a little sprinkle of interesting and you and your reader will both like your work better. It might not change the outcome of your appeal, but it will be a better product and, over the long run, that can help. And the way you do that is by using your own “voice.”

Look to the “voices” of others

Getting to your own “voice” in writing is a process. And a good way to evolve in that process is by reading and “listening” to the voices of others, including those in judicial opinions and in the briefs of your adversaries.

There are some appellate justices whose “voice,” i.e., the way they write, the way they phrase concepts, how they make their analysis is immediately recognizable, even though it cannot always be described. Perhaps the most famous of those was the Hon. Robert Gardner, formerly Presiding Justice of the Fourth District Court of Appeal, Division Two. His opinions were written with an extraordinary level of simplicity and clarity. Short sentences. No hide-the-ball about the issues or the conclusion. But always with an additional little “something” often in his footnotes. In People v. Myers (1981) 125 Cal.App.2d 735, for example, Justice Gardner noted in footnote 2 that:

The author of this opinion must admit with some embarrassment that he has in several unpublished opinions taken a diametrically opposite position to that taken in this case. Cowardly recourse is had in two hoary maxims:

(a) A foolish consistency is the hobgoblin of little minds; and

(b) Wisdom too often never comes, and so one ought not to reject it because it comes too late.

His obituary in the Los Angeles Times upon his death in 2005 summarized many of his “pithy” and “witty” aphorisms in his opinions and is, itself worth a read. (See, https://www.latimes.com/archives/la-xpm-2005-aug-30-me-gardner30-story.html.)

Another Fourth District justice, the Hon. David Sills, similarly had a particular “voice” in the way he crafted his opinions. One of my favorites comes from his decision in Gwartz v. Superior Court (1999) 71 Cal.App.4th 480, 481, discussing prior case law requiring that oral argument must be held in summary judgment motions:

We thought – incorrectly, as it turned out – that the trial courts would simply follow our opinion even if they disagreed with it. Stare decisis and all that stuff. [Citations.] But sometimes it seems as though we have to remind the lower court there is a judicial pecking order when it comes to the interpretation of statutes.

Yet another Fourth District Justice (are we sensing a pattern here?) is famous – or perhaps, infamous – for his writings, both before he was elevated to the appellate bench and after. The Hon. William Bedsworth was well known for his column, “A Criminal Waste of Space,” published regularly in the Orange County Bar Association’s monthly magazine. He even published two books of his best columns (which I highly recommend; they are remarkably funny). Justice Bedsworth carried his quirky (and I mean that in a good way) perspectives with him onto the appellate bench and writes his decisions in an immediately identifiable way. They are serious when they need to be, but when a case has a ridiculous or ironic side, he recognizes it and acknowledges it. In his concurring opinion in People v. Summers (1999) 73 Cal.App.4th 288, 292, for example, deciding a Fourth Amendment search issue, he stated:

My colleagues describe this as “a simple Chimel ... case,” explaining that the gun was “within the immediate area of the still-being-removed arrestee....” While I am pleased by a holding that the “grabbing area” of Chimel extends as far as ten feet from a handcuffed arrestee, I am concerned that this holding does not provide the guidance for future cases which the federal courts have provided.

Even more hilariously, another court in an unpublished decision noted that: “In his separate concurring opinion, Justice Bedsworth expressed his pleasure that his colleagues had expanded the ‘grabbing area’ of Chimel ... as far as 10 feet from a handcuffed arrestee.” [Citation.] In doing so, Justice Bedsworth suggests that his colleagues’ view of the area within a suspect’s reach was a legal stretch.” (People v. Matthews (2010) 2010 WL 468105, fn. 4.)

In Martinez v. Department of Transportation (2015) 238 Cal.App.4th 557, 566, Justice Bedsworth opened the section of the opinion discussing attorney misconduct by noting that: “The law, like boxing, prohibits hitting below the belt. The basic rule forbids an attorney to pander to the prejudice, passion or sympathy of the jury.” He followed that with some relevant citations and began his analysis with: “Did Bilotti commit misconduct in this case? Let us count merely the most obvious ways.” (Id., at 567.)

There are, of course, hundreds, if not thousands, of similar examples in the annals of California’s trial court and appellate decisions. But, hopefully, by now you’ve understood my point. Obviously, an appellate brief cannot take the same liberties as an appellate decision. But that does not mean that your writing has to be staid, factual and boring. The way you write – your voice – can make the brief both legally compelling and interesting.

Developing your own “voice”

How do you develop your “voice?” Beats me. Honestly. I can’t actually describe the process; all I can do is reiterate that it is a process. Unless you’ve been writing a long time before you started your first appellate brief, you’re probably going to go with a fairly droning “voice.” That’s natural. But as you read more and write more and construct your thoughts, arguments, paragraphs and sentences, you will find that you become more comfortable with the process. I often view my written “voice” as a more formulistic and formalistic way of “telling” the story as if I were actually talking, but with the great benefit of having the backspace key. I imagine my readers, whether they be appellate justices, trial court judges or magazine readers, and write as though I’m actually having a conversation with them – one that is wholly one-sided and monopolistic, it’s true, but nonetheless a conversation.

If you see a style you like in someone else’s writing, practice that as you write. See how it “feels” for you: Are you comfortable with it? Does it represent your world view and approach? Adopt and adapt techniques you see in appellate briefs and appellate decisions, but make them your own; let it be your “voice” that the court hears.

One last tip: As Supreme Court Justice Liu once suggested in a speech to the San Francisco Bar Association, you should let perfection be the ally of the good. His point was that even in well-written and compelling briefs, minor grammatical or punctuation errors can distract the reader from your message. Check, and re-check. Change awkward-sounding language; shorten sentences; make sure your citations and quotations are accurate. Make sure your work is not only good, but perfect.

Will developing an interesting writing style necessarily result in better appellate outcomes? That’s a debate I don’t really want to get into here since I firmly believe that the facts and the law should determine the outcome, not the writing skill of the attorney. That being said, how those facts and legal principles are presented is likely to have some impact. Thus, how you write is important not only for your own satisfaction, but for the satisfaction of your readers and your clients. 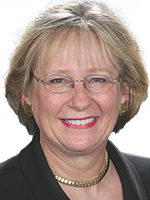 Sharon J. Arkin is the principal of The Arkin Law Firm. She has been certified by the California State Bar, Board of Legal Specialization as an appellate specialist since 2001. In 2011 Ms. Arkin received the CLAY award from California Lawyer magazine as an Appellate Attorney of the Year and in 2012 was named one of the Top 50 Women Attorneys in Southern California by Los Angeles Magazine. E-mail: sarkin@arkinlawfirm.com.