Here is a quick-reference guide for accurately drawing inferences, as well as for challenging misleading factual discussions.

What exactly is an inference?

Inferences are defined by the Evidence Code as “a deduction of fact that may logically and reasonably be drawn from another fact or group of facts found or otherwise established in the action.” (Evid. Code, § 600.) An inference is not itself evidence; it is the result of reasoning from evidence. However, it is treated with as much force and validity as evidence. A reasonable inference drawn from circumstantial evidence may properly support a finding, despite direct evidence to the contrary. (Mason v. Rolando Lumber Co. (1952) 111 Cal.App.2d 79.) A party may rely upon reasonable inferences from the evidence to support a verdict. (Ajaxo Inc. v. E*Trade Group, Inc. (2005) 135 Cal.App.4th 21.)

To have evidentiary value, the inference must be considered “reasonable,” meaning it must be more than surmise or conjecture, and must be based on probabilities, not mere possibilities. (Aguimatang v. California State Lottery (1991) 234 Cal.App.3d 769.) “There can be many possible ‘causes,’ indeed, an infinite number of circumstances which can produce an injury or disease. A possible cause only becomes ‘probable’ when, in the absence of other reasonable causal explanations, it becomes more likely than not that the injury was a result of its action. This is the outer limit of inference upon which an issue may be submitted to the jury. (Jones v. Ortho Pharmaceutical Corp. (1985) 163 Cal.App.3d 396, 403.)

Accordingly, a factual inference must be based upon substantial evidence, not conjecture, and must be such that “a rational, well-constructed mind” can reasonably draw from it the conclusion that the fact exists. (Ibid.) Keep in mind that even slight evidence in support of the fact to be inferred may be sufficient; the jury assesses credibility and determines the weight of the evidence proffered to support or oppose the fact to be inferred. (Fashion 21 v. Coalition for Humane Immigrant Rights of Los Angeles (2004) 117 Cal.App.4th 1138.)

Defense counsel may attempt to engage in a battle of the inferences, claiming only the inferences favorable to their position is “reasonable.” But despite framing the issue as a challenge to the inference’s reasonableness, often defense arguments reveal nothing more than a dressed-up credibility challenge. That means, for instance, the inference may be supported by a single witness’s testimony, even despite more evidence supporting an opposite inference. The jury will determine which inference to draw, even if a reviewing court disagrees with their choice.

Employment law provides ample examples in which a jury must draw factual inferences because often a person’s state of mind must be inferred. For instance, in a discrimination or retaliation case, the plaintiff must present evidence of the employer’s animus. At summary judgment, defendants typically present a non-discriminatory or non-retaliatory justification for the adverse action. There are a number of ways to show the defendant’s proffered excuse is pretextual, but it is not sufficient to simply show the employer’s stated reason is inconsistent or false. “[D]isbelief of an employer’s stated reason for a termination gives rise to a compelling inference that the employer had a different, unstated motivation, … it does not, without more, reasonably give rise to an inference that the motivation was a prohibited one.” (McGrory v. Applied Signal Technology, Inc. (2013) 212 Cal.App.4th 1510, 1531-1532, emphasis added.)

It is helpful to remember that juries and courts draw inferences in the context of “the propensities of people and course of nature.” (In re Llewellyn’s Estate (1948) 83 Cal.App.2d 534.) Additionally, inferences may be drawn from the demeanor of witnesses and their manner of testifying. (Berger v. Steiner (1945) 72 Cal.App.2d 208.) Therefore, if defense counsel’s proffered inference defies realistic employer behavior, for example, even if it is based on evidence, counsel should nevertheless challenge the inference. An inference that is contrary to the “usual propensities or passions of men,” particular propensities or passions of person whose act is in question, course of business, or law of nature is not legal evidence. (Griffin v. Irelan (1991) 194 Cal.App.2d 844.)

Inferences in specific kinds of motions

When opposing various defense motions, usually inferences will be drawn in the plaintiff’s favor. In such circumstances, it is important to remind the court and opposing counsel in your opposition that reasonable inferences must be drawn in your client’s favor. Below are examples of language that may assist you in opposing common defense-favored motions.

Perez v. Golden Empire Transit Dist. (2012) 209 Cal.App.4th 1228, 1238 contains helpful language: “The California Legislature explicitly repudiated the common law view that a pleading must be taken most strongly against the pleader and adopted a rule of liberal construction. Code of Civil Procedure section 452 provides in full: ‘In the construction of a pleading, for the purpose of determining its effect, its allegations must be liberally construed, with a view to substantial justice between the parties.’ This rule of liberal construction means that the reviewing court draws inferences favorable to the plaintiff, not the defendant. (Carney v. Simmonds (1957) 49 Cal.2d 84, 93 []; Advanced Modular Sputtering, Inc. v. Superior Court (2005) 132 Cal.App.4th 826, 835 [] [“pleadings are to be liberally construed in favor of the pleader ...”].)”

Courts evaluate anti-SLAPP motions under a two-part test: (1) whether the defendant has made a threshold showing that the challenged cause of action arises from protected activity (i.e., that the act(s) of which plaintiff complains were taken “in furtherance of defendant’s right of petition or free speech”); and (2) if such a showing has been made, whether plaintiff has demonstrated a probability of prevailing on the claim. (Code Civ. Proc., § 425.16 subd. (b).) Defendant has the burden under the first prong. Under the “probability of prevailing” test, however, plaintiff must make a prima facie showing of facts that would support a judgment in plaintiff’s favor. (Taus v. Loftus (2007) 40 Cal.4th 683, 714.) The court does not weigh credibility or the comparative strength of the evidence, but rather considers defendant’s evidence only to determine whether it defeats plaintiff’s showing as a matter of law. (Soukup v. Law Offices of Herbert Hafif (2006) 39 Cal.4th 260, 291.) In making this assessment, “it is ‘the court’s responsibility...to accept as true the evidence favorable to the plaintiff….” (Ibid.) This includes reasonable inferences therefrom.

A party seeking arbitration has the “burden of proving the existence of a valid arbitration agreement by a preponderance of the evidence, while a party opposing the petition bears the burden of proving by a preponderance of the evidence any fact necessary to its defense.” The trial court “sits as the trier of fact, weighing all the affidavits, declarations, and other documentary evidence, and any oral testimony the court may receive at its discretion, to reach a final determination.” (Ruiz v. Moss Bros. Auto Group, Inc. (2014) 232 Cal.App.4th 836, 842.) Doubts are resolved in favor of arbitrability, and ordinary rules of contract interpretation apply (e.g., doubts must be resolved against the drafter). (Greenspan v. LADT, LLC (2010) 185 Cal.App.4th 1413, 1437.)

The moving party’s declarations and evidence will be strictly construed in determining whether they negate (disprove) an essential element of plaintiff’s claim “in order to resolve any evidentiary doubts or ambiguities in plaintiff’s [opposing party’s] favor.” (Johnson v. American Standard, Inc. (2008) 43 Cal.4th 56, 64.) Often, the opposing party relies on circumstantial evidence and inferences arising from declarations or other evidence. (Code Civ. Proc., § 437, subd.(c).) To defeat summary judgment, such inferences must be reasonable and cannot be based on speculation or surmise. (Joseph E. Di Loreto, Inc. v. O’Neill (1991) 1 Cal.App.4th 149, 161; McGrory v. Applied Signal Tech., Inc. (2013) 212 Cal.App.4th 1510, 1530 [“a material triable controversy is not established unless the inference is reasonable”].) Moreover, the inferences plaintiff relies on must satisfy the “more likely than not” evidentiary standard plaintiff will bear at trial. (Leslie G. v. Perry & Assocs. (1996) 43 Cal.App.4th 472, 487.)

“A directed verdict may be granted only when, disregarding conflicting evidence, giving the evidence of the party against whom the motion is directed all the value to which it is legally entitled, and indulging every legitimate inference from such evidence in favor of that party, the court nonetheless determines there is no evidence of sufficient substantiality to support the claim or defense of the party opposing the motion, or a verdict in favor of that party.” (Magic Kitchen LLC v. Good Things Int’l Ltd. (2007) 153 Cal.App.4th 1144, 1154.)

In granting a motion for nonsuit, the court must draw all reasonable inferences from the evidence and resolve all conflicts in plaintiff’s favor. (Towt v. Pope (1959) 168 Cal.App.2d 520, 353-354.) Of course, the inferences may be based upon speculation or conjectures but must be based on a fact legally proved. (Ibid.)

A judgment notwithstanding the verdict can be sustained only when it can be said as a matter of law that no other reasonable conclusion is legally deducible from the evidence, and that any other holding would be so lacking in evidentiary support that the reviewing court would be compelled to reverse it, or the trial court would be compelled to set it aside as a matter of law. (Moore v. City & County of San Francisco (1970) 5 Cal.App.3d 728, 733-734.) “The court is not authorized to determine the weight of the evidence or the credibility of witnesses. [citation.] Even though a court might be justified in granting a new trial, it would not be justified in directing a verdict or granting judgment notwithstanding the verdict on the same evidence.” (Spillman v. City and County of San Francisco (1967) 252 Cal.App.2d 782, 786.) In other words, in challenging a JNOV motion, plaintiff is entitled to the benefit of every favorable inference which may reasonably be drawn from the evidence and to have all conflicts in the evidence resolved in his or her favor. (Castro v. State of California (1981) 114 Cal.App.3d 503, 507.)

Inadequate or excessive damages and insufficiency of evidence: “A new trial shall not be granted upon the ground of insufficiency of the evidence to justify the verdict or other decision, nor upon the ground of excessive or inadequate damages, unless after weighing the evidence the court is convinced from the entire record, including reasonable inferences therefrom, that the court or jury clearly should have reached a different verdict or decision.” (Code Civ. Proc., § 657, emphasis added.) In weighing and evaluating the evidence, the court is a trier-of-fact and is not bound by factual resolutions made by the jury. The court may grant a new trial even though there would be sufficient evidence to sustain the jury’s verdict on appeal, so long as the court determines the weight of the evidence is against the verdict. (Candido v. Huitt (1984) 151 Cal.App.3d 918, 923.) The court is “vested with the authority ... to disbelieve witnesses, reweigh the evidence, and draw reasonable inferences therefrom *1160 contrary to those of the trier of fact.”(Casella v. SouthWest Dealer Services, Inc. (2007) 157 Cal.App.4th 1127, 1159-1160, quoting Mercer v. Perez (1968) 68 Cal.2d 104, 112.)

Inferences are a crucial tool for proving important and often determinative facts in a variety of cases, including for instance, a landlord’s knowledge of the existence of an unsafe condition, or an employer’s state of mind. Therefore, understanding inferences and using them to your client’s advantage is necessary not only in presenting cases to juries, but also in opposing motions. It is the plaintiff’s attorney who must ensure defense motions present the facts and draw reasonable inferences in the light most favorable to plaintiff (unless the court has the authority to reweigh evidence), and if defendant fails to do so, the plaintiff’s attorney must call the court’s attention to the correct standard. 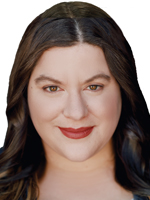 Janet R. Gusdorff, a Certified Appellate Law Specialist (SBLS), handles appeals in state and federal court. Janet is the owner and principal of Gusdorff Law, P.C., in Westlake Village, CA. She has been repeatedly voted as one of the Super Lawyers Rising Stars in Appellate Law (Southern California). She has been AV-rated by Martindale-Hubbell. Pasadena Magazine recognized Janet as one of its 2016 and 2017 “Top Attorneys.” Janet graduated from Loyola Law School, where she served as Note and Comment Editor on the Loyola Law Review. She is also licensed to practice in New York and New Jersey.