Whether it’s a comment to the press, a letter to the defendant or a memo for the court, legal communications can result in attorney liability, “litigation privilege” notwithstanding

Much of an attorney’s job is communication. Attorneys may talk to the press about a case they are working on, write letters to other parties, and draft memoranda for the courts. If lawyers are not careful, these statements could subject them to civil liability or judicial sanctions, “litigation privilege” notwithstanding. This article explores potential liability for attorney communications under California law.

In Flatley v. Mauro (2006) 39 Cal.4th 299 (“Flatley”), an attorney sent a demand letter on behalf of a client to a famed dancer, accusing him of rape. The letter warned that if a monetary settlement was not urged, the rape allegations would be revealed in court (and therefore to the media), and various other matters would thereby be “exposed.” The letter threatened outsized punitive damages, made abundant use of bold and capitalized fonts, and imposed a non-negotiable timeline of 28 days to reach a settlement. The attorney thereafter badgered the dancer’s counsel with numerous phone calls, threatening to “go public” with the story and “ruin” the dancer unless he agreed to pay the client and his attorney “seven figures.”

Instead, the dancer, represented by attorney Bertram Fields, filed a civil-extortion suit against the attorney, who responded by bringing a motion to strike the complaint under California’s anti-SLAPP statute (Code Civ. Proc., § 425.16), arguing that the dancer was attempting to hold him liable for constitutionally protected speech (i.e., settlement negotiations made in contemplation of litigation). The California Supreme Court denied the anti-SLAPP motion on the basis that the attorney’s letter constituted criminal extortion as a matter of law. (Id. at 311.) The threats to “go public” with the accusations were coupled with an immediate demand for a seven-figure sum and were further compounded by the insinuation that the dancer could be reported to tax and immigration authorities for conduct entirely unrelated to the client’s claims. (Id. at 330.)

Before the case was completed, the attorney resigned as a member of the Illinois Bar.

In Malin v. Singer (2013) 217 Cal.App.4th 1283 (“Malin”), attorney Martin Singer sent a letter to a restaurant and nightclub owner demanding the return of allegedly embezzled funds to the owner’s business partner. The attorney threatened to file a lawsuit alleging not just embezzlement, but use of the funds to “arrange sexual liaisons with older men such as ‘Uncle Jerry’, Judge ——-, a/ka ‘Dad’…, and many others.” (Malin, 217 Cal.App.4th at 1289.) The case initially played out much like Flatley – the owner sued for civil extortion, the attorney filed an anti-SLAPP motion in response, and the trial court found the letter to be criminal extortion as a matter of law. (Id. at 1291.)

On appeal, however, the court distinguished the two cases on the grounds that “Singer’s demand letter did not expressly threaten to disclose Malin’s alleged wrongdoings to a prosecuting agency or the public at large.” (Id. at 1298.) The salacious details about the arranged sexual liaisons was held not to be extortionate because the activity was “inextricably tied” to the embezzlement complained of by the business partner. (Id. at 1299.)

Though the attorney in Malin evaded liability and was awarded $323,689 in attorney’s fees following his successful anti-SLAPP motion, the distinctions drawn by the Court of Appeal demonstrate that demand letters require a careful threading of the needle in order to remain on the right side of zealous advocacy. Not only can excessive demands expose the drafting party to liability, being named in a suit over such demands likely creates a potential or actual conflict of interest between the lawyer and client, which could require the lawyer to withdraw from representation.

In Mendoza v. Hamzeh (2013) 215 Cal.App.4th 799 (“Mendoza”), an attorney demanded that the manager of a print and copy shop repay $75,000 to the shop’s owner lest he be reported to the California Attorney General, the Los Angeles District Attorney, and the Internal Revenue Service regarding tax fraud. The court ruled the attorney’s letter to be civil extortion, as the demand of $75,000 was directly coupled with a threat to report a crime, and demanding money in exchange for silence with respect to a reportable crime cannot be transmuted to something other than extortion merely because it is accompanied by a threat of garden-variety civil litigation (here, for fraud and breach of contract). (Id. at 805-06.)

The Mendoza court further noted that such conduct will subject an attorney to State Bar discipline, as the Rules of Professional Conduct “specifically prohibit attorneys from ‘threaten[ing] to present criminal, administrative, or disciplinary charges to obtain an advantage in a civil dispute.’” (Mendoza, 215 Cal.App.4th at 805 (quoting former Rules of Prof. Conduct, rule 5-100(A).)

Dickinson v. Cosby (2017) 17 Cal.App.5th 655 (“Dickinson”) involved Martin Singer – the same attorney from Malin – sending a demand letter to a television network that planned to broadcast an interview with one of Bill Cosby’s accusers, claiming that the accuser’s story was “fabricated and is an outrageous defamatory lie,” and explicitly threatening litigation if the broadcast occurred. Similar letters were sent to several other media outlets contemplating similar coverage of the matter. The accuser responded by suing Cosby and his attorney for defamation, arguing that the letters’ assertion that the accuser made up her allegations was false and damaging to her reputation.

Once again, attorney Singer brought an anti-SLAPP motion to strike the complaint as futile in the face of litigation privilege; the trial court denied the motion, and the appellate court reversed. Originally, the court held that litigation privilege did not apply to the letters because they were not written in good-faith contemplation of a lawsuit, but were merely intended to intimidate media outlets that had yet to run relevant segments, and no litigation was filed when the letters’ demands were not met. (Id. at 684.)

Back at the trial court, the tribunal found an independent reason for why the lawsuit could not succeed against the attorney; the plaintiff, a former supermodel, was a public figure and could not satisfy the constitutional-malice standard for defamation under New York Times v. Sullivan, 376 U.S. 254 (1984). A near-identical result was reached in McKee v Cosby, 874 F.3d 54 (1st Cir. 2017), cert denied, 139 S.Ct. 675 (2019), prompting Justice Clarence Thomas to muse on whether the standards of New York Times v. Sullivan should be reexamined. (McKee v. Cosby (2019) 139 S.Ct. 675, 680.)

As for Dickinson, the parties ultimately settled with a “walkaway”: the accuser did not appeal, and the attorney waived his right to collect fees under California’s anti-SLAPP statute. Notably, Cosby did not enjoy the same level of success in escaping the lawsuit, and his appellate challenges continue. His attorney was also forced to withdraw from the action in recognition of the ethical issues raised in the discussion of Malin.

Rothman v. Jackson (1996) 49 Cal.App.4th 1134 (“Rothman”) serves as a forerunner to the previously discussed cases. A defamation suit was filed against Michael Jackson, his companies, his lawyers (Bertram Fields, Howard Weitzman, Johnny Cochran) and his notorious private investigator, Anthony Pellicano, over assertions during a press conference that his alleged molestation victims and their counsel had made false accusations in order to extort money from Jackson. The defendants argued that litigation privilege protected the statements as made in anticipation of a possible criminal prosecution against Jackson. The court rejected this argument, holding that litigation privilege applies to statements that have a “functional connection” with potential litigation, not merely a connection to the subject matter of litigation. (Id. at 1146.) Here, the statements were made to members of the press, who had “no legitimate connection with any litigation that could be anticipated between” the accusers’ counsel and the defendants. (Id. at 1156.)

The court also dispensed with the notion that litigation privilege should be extended based on societal expectations of celebrity litigants’ typical public-relations strategies. The court pointedly observed:

[W]e are frankly astonished by the contention made by [Jackson attorney Bertram] Fields that celebrities and their lawyers must litigate their cases in the press because the public expects it. Fields argues that, because of such public expectations, ‘media attention becomes part of the forum of litigation,’ and to deny celebrity litigants protection for statements made in this ‘forum’ would contravene the policies of the litigation privilege. We expressly reject this argument.

Thus, Rothman made clear that litigation privilege has no sliding scale between public and private figures. The court’s most salient guidance came in the form of a simple, pithy maxim: “attorneys who wish to litigate their cases in the press do so at their own risk.” (Id. at 1148.)

Recognizing that trial publicity remains invariable in a hyperconnected age, various state bars have implemented ethical rules – typically tracking the model rules promulgated by the American Bar Association – regarding how such publicity may be conducted. Rules 3.6 of the California Rules of Professional Conduct, for example, prohibits lawyers from making extrajudicial statements that they know (or reasonably should know) will (i) be disseminated by means of public communication and (ii) have a substantial likelihood of materially prejudicing an adjudicative proceeding in the matter. Both rules provide representative lists of permissible statements under this standard, while New York additionally provides a representative list of impermissible statements. These lists and governing standards should be carefully studied by any attorney considering turning to the press for assistance in their matters.

The foregoing cases and professional rules counsel a conservative approach to any out-of-court communications regarding litigation matters, whether currently pending or not. Attorneys must take care to ensure their statements on behalf of clients are functionally related to legitimate legal claims that they truly intend to pursue. They must also carefully weigh the possibility of their clients being sued even if they personally are immune, which raises the specter of malpractice claims. While provocative gestures and strong-arm tactics may momentarily impress clients, they can quickly become significant liabilities that subsume even meritorious cases. Attorneys must be well-versed in all relevant authority concerning the limits of extrajudicial advocacy, lest their big mouths get them in big trouble. 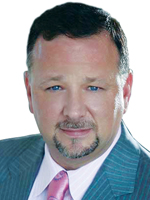 Douglas Johnson is well known for handling high-profile and high-impact entertainment matters. Since co-founding Johnson & Johnson, Mr. Johnson has been at the forefront of developing California’s right of publicity laws. He has litigated cases up to the California Supreme Court, advocating for precedent to protect the rights of all Californians from those who would seek to profit from their names, images, and likenesses without authorization. Mr. Johnson’s advocacy extends to his participation on speaking panels, publication of scholarly articles, and educating law students on the importance of these rights. 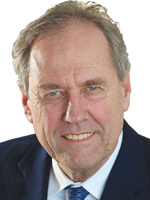 Neville L. Johnson co-founded the Beverly Hills firm of Johnson & Johnson LLP, which specializes in business, media, intellectual property and entertainment litigation, consumer and entertainment class actions, and transactional work. Mr. Johnson has tried 26 jury cases and has been nominated for Trial Lawyer of the Year by CAALA. He is a member of ABOTA, Public Justice, and the Beverly Hills Bar Association (board member and past Chair Entertainment Section). He has taught Entertainment and Media Litigation at Southwestern Law School since 2013. The treatise Privacy Torts contains a dedication that he “ranks with Brandeis and Warren as the great defenders of privacy.”