Gender and racial bias in the legal profession

The Oxford English Dictionary defines “gender” as either of the two sexes – male or female – especially when considered with reference to social and cultural differences rather than biological ones. The term is also used more broadly to denote a range of identities that do not correspond to established ideas of male and female.

What is “gender bias”?

“Gender bias is a preference or prejudice toward one gender over the other. Bias can be conscious or unconscious, and may manifest in many ways, both subtle and obvious.” (http://www.diversity.com/page/What-is-Gender-Bias) Most often, gender bias is the act of favoring men or boys over women and girls. Gender bias in the workplace is manifested by:

Ninety-eight years ago, women in the U.S. cast their first ballots in the presidential elections of 1920. While women have made progress, this progress has been slow, and we are far from achieving gender equality in the legal profession.

Women are under-represented in law-firm leadership

For decades, 50 percent of law students have been women. For the class of 2019, women outnumber men at time of enrollment – 51 percent to 49 percent. This trend is similar in many countries around the world. (https://thepractice.law.harvard.edu/article/intersectionality-and-the-careers-of-black-women-lawyers/)

However, women continue to be underrepresented in leadership positions in the legal profession:

Women are still underrepresented in equity and other leadership positions in law firms and are more likely to be represented in those positions that are of lower status:

The gender gap in pay persists across all levels of attorneys, from associates to equity partners. Women earn 90 to 94 percent of what men in the same position earn. Men continue to dominate the top earner spots. Ninety-seven percent of firms report their top earner is a man, and nearly 70 percent of firms have one or no women in their top 10 earners.

There are no significant differences between the median hours completed by male and female attorneys of different levels and roles. But women equity partners and associates completed more non-billable hours, which includes administrative service and other service to the firm hours, diversity and inclusion hours, trainings, etc., as well as some or all pro bono hours. (NAWL 2017 Annual Survey Report.)

Intersectionality and the careers of black women lawyers

The issue of intersectionality for black women is particularly salient. Theirs has been and continues to be a narrative of struggle against marginalization, low expectations, and gross inequity, which seems to have rendered them second-class citizens in their chosen profession.

Women of color stand as a visible and living embodiment of not only the natural ethnic and gender differences that exist between human beings but also of the artificial racial constructs that divide and separate. (https://www.americanbar.org/content/dam/aba/marketing/women/visible_invisibility_fortune500_executive_summary.authcheckdam.pdf)

In 2016-2017, the Center on the Legal Profession surveyed all black Harvard Law School graduates since graduation. This study examined a group of high-achieving individuals who entered the legal marketplace with largely similar qualifications. The study demonstrated that black women continue to face particularly high barriers even though the majority of graduating black law students are women – nearly two out of three black students at Harvard. This number is consistent with the enrollment across all ABA-approved law schools where black students constitute just 7.4 percent of all law students, with 61 percent of them being black women versus 39 percent of black men. When looking at first jobs post-graduation, black women start their careers in the largest law firms at higher rates than black men.

However, when looking at current jobs, there is a drastic migration – 63 percent out of private practice into other sectors, including government, public interest, and business. Adding the gender variable, black men were significantly more likely to remain in private practice than black women.

Looking at law firm partnership, black lawyers, men and women, continue to be drastically underrepresented. The average black partnership rate was 1.81 percent in 2016 and for black women, only 0.64 percent. In addition, the survey showed that for those still in private practice, many had migrated to small and midsize firms where they became partners. (https://thepractice.law.harvard.edu/article/intersectionality-and-the-careers-of-black-women-lawyers/)

This disparity in gender was especially true for law firm management. The survey found “that 92 percent of all Black HLS graduates to ever serve as managing partner or as a department head have been men. Similarly, 79.1 percent of those reporting that they have been on the management committee and 89.3% of those reporting having served on the compensation committee are male.” “87.5 percent of all those reporting that they have chaired the management committee were men. Clearly, the disadvantages faced by black women attempting to move into leadership positions in law firms apply even to women who have obtained a prestigious law degree from HLS.” (https://thepractice.law.harvard.edu/article/intersectionality-and-the-careers-of-black-women-lawyers/)

When looking at race and career advancement, the survey showed “interesting differences across eras, as black lawyers from the post-2000 period ranked having an influential mentor or sponsor and socializing with white peers as important at higher levels than their pre-2000 counterparts – though both view these factors as key.” (https://thepractice.law.harvard.edu/article/intersectionality-and-the-careers-of-black-women-lawyers/)

• Asking a woman during an interview whether she has children or is planning on having children.

• Undermining women by referring to them as honey, sweetie, doll.

• Male colleagues go out for business meals or drinks and do not ask women to join them.

• Not calling someone for an interview based on name.

• Designating women as the note-takers during meetings.

• Being disadvantaged as a result of pregnancy.

• Feeling pressured to balance assertiveness with warmth because of her gender.

• Asking a female attorney if she is the court reporter or interpreter at deposition.

• Judges or mediators addressing male co-counsel even though the female attorney is lead.

What can we do now?

• Implementing Women and Race Initiatives: Diversity initiatives are more successful when they include as many people as possible, including majority and under-represented individuals and groups.• Committing to have the same number of women and minorities on management committees with the authority to make decisions on hiring and compensation.

• Committing to have women and minorities with decision-making authority about hiring and compensation.

• Implementing yearly mandatory education and training about elimination of bias and curbing bad behavior in the work place.

• Creating a safe forum for employees to report bad behaviors both for the victim and observer.

• Implementing structured interviews – fixed format with a fixed set of questions to be answered based on the job in question.

• Encouraging women and minorities to speak up.

• Creating a forum for women and minorities to support each other.

• Changing the old traditions and norms. 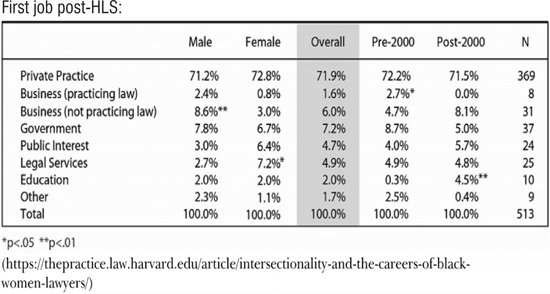 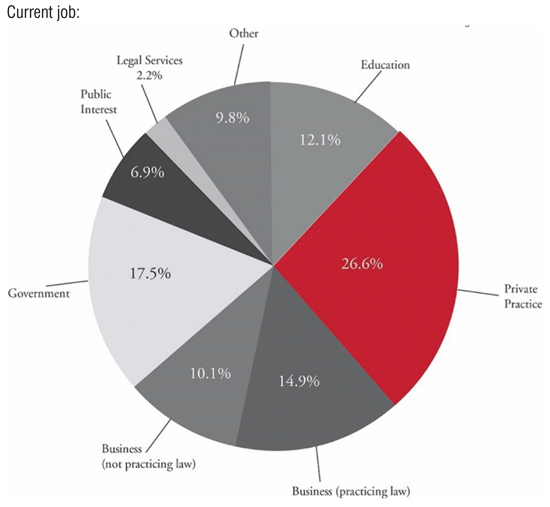 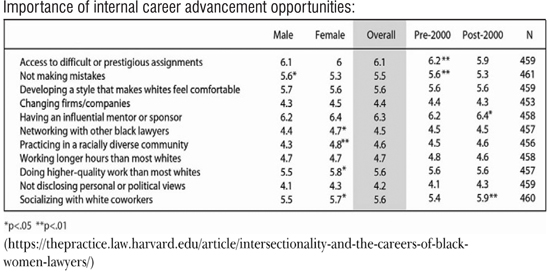