Storytelling at trial: beginning, a middle and an end

During a lunch break in jury selection, a courier from my office brings our trial materials into the courtroom. You know what I am talking about: the bankers boxes with the case file, pleadings, depositions, depo summaries, direct and cross outlines, motions in limine and responses, jury instructions, bench memoranda. There are also the large, black, vinyl zippered cases with time lines, enlarged exhibits, blow-ups of photographs, and anatomical drawings. My clients are watching the courier with interest, and turn to me and say, “What’s all this?” I say, “That’s for our trial.”

During the same break, the tech-support team I have worked with for over a decade comes in with the tech-support equipment. Tyler sets up his workstation near our trial table, erects the big screen, hooks up the projector to his computer, and uses duct tape to safely secure the plugs and cords. Tyler and I hug, and chat briefly.  We confirm that we both have hard copy binders of Tyler’s data bank, Bates stamped from one to infinity. My clients again are watching with interest, and again turn to me and say, “What’s all this?” I again say, “Meet Tyler. He’s part of our trial team.”

There is something special about being a trial lawyer. I love it body and soul. What other profession so religiously, spiritually meets regularly to share our experiences – what’s working, what isn’t working, new ideas?

We are more than storytellers. We are producers, directors, writers, cinematographers, editors, emcees and moral commentators.

A palpable beginning, middle and end

The progression of everything – voir dire, opening statement, order of witnesses, direct exams, cross exams, closing argument and rebuttal should feel orderly, and should make sense to the jury and to the court. An agreement with the defense to allow defense witnesses out of order may be routine in some jurisdictions, but it disrupts the flow of your story, and should be avoided.

When considering what evidence should come in and what evidence should stay out, imagine your opponent’s opening statement. What rosy defense talking points can you exclude even before she gets to stand up and speak? Get a copy of the defendant’s CV, look at his web page, check out his social media, Google him. Does he volunteer, work at a free clinic, or play in a rock band?

File motions in limine to exclude irrelevant evidence about the defendant offered only to humanize him or to get the jury to like him. Evidence regarding his status in his family, his church or his community is irrelevant. Be prepared to argue to the court that the ultimate question is whether the defendant was negligent, and not whether the jury should like him.

Keep it simple. Demonstrative exhibits should be easy to put up and take down whether they are hard copy boards or digital projections. Demonstratives should highlight the memorable elements of the story. They should not require the jury’s effort to see, read or immediately understand.

Is there a window of time that is central to the story? Create a simple time line that places the conduct of the defendant at its center.

Avoid technical language. Translate unfamiliar terminology into regular words that will be easy for the jury to remember and repeat during deliberations. Wherever possible, personalize your demonstratives to the plaintiff, using her name and photographs.

Finally, be familiar with the internet presence of the defendant and the defense experts. There may be artwork, statistics, protocols or products on a defense-endorsed web page that ratifies your story.

Going first is a big advantage. First impressions matter. A good storyteller easily and quickly connects with the listeners. Avoid the podium, scripts and reading glasses. Talk from your heart and not from a piece of paper. Be sincere. Use open body language and expressive hand gestures. Smile. Establish friendly eye contact. Move around. Talk to individual jurors. Use their names if you have them. Be polite and respectful. Thank each juror individually for their frankness, even if you do not like what they have said.

Give them the short, movie trailer version of what your case is about, omitting some important facts so your story doesn’t unfold all at once. Talk to the jurors about their jobs and responsibilities, weaving their life experiences into the themes in your story. Plan an orderly voir dire so that the discussion topics have a meaningful beginning, middle and end.

Research involving a listener’s attention span suggests that we are becoming less patient with sagas and epics, and more attuned to telegrams and mini-bites of data. Use the fewest number of documents and words to tell the story. Remember the jurors are strangers to your story at this point and cannot absorb every fact in opening statement.

An opening statement should tell the story in present tense and active (not passive) voice. Choose your words carefully, using neutral descriptors. Avoid words that convey emotion, drama, hyperbole or judgment because these interfere with the jury’s job of processing and sorting important facts. Avoid reference to “my client.” No storyteller ever referred to the hero as “my client.” It reminds the jury that you are a lawyer and subverts your emergence as their storyteller.

Baseball analogies are a great way to understand good storytelling at trial. For example, I think of the ordering of the plaintiffs’ trial witnesses as the best major-league batting line-up of all time. In my hometown, one of the greatest baseball cities in the world, that would be the 1995 Cleveland Indians. Batting first is Kenny Lofton, reliable, fast and a smart base-runner. Second, Omar Vizquel, also reliable, trustworthy, cool headed. Third Carlos Baerga, and fourth, Albert Belle, who had 50 home runs that season but, while a cannon, was notably a very loose one. The lower half of the line-up was nearly as strong, in particular Jim Thome, who averaged .314 that season.

The first witness should set the tone for your case. Maybe a family member who best articulates who the plaintiff was, before and after the injury. Maybe the expert witness with personality, persuasion and international credentials. Build the momentum through each witness’s unique role in your story. Identify which witnesses will do the reveal of the facts you left out in your opening and order those witnesses in such a way to keep your jury engaged and involved.

I have, for the most part, stopped calling the defendant in my case in order to have maximum control over how we tell our story. I had an experience where a smart defense lawyer had coached his client to repeat one or two catch phrases during my cross exam of him in my case-in-chief, even if it was wildly unresponsive to the question. I spent a large part of that cross exam trying to keep him focused on the great admissions I had gotten at his deposition. When he took the witness stand again in the defense case, a large part of his direct exam was spent explaining and softening what he really meant. The story has already taken shape in the jury’s mind by the time they finally hear from the defendant in the defense’s case.

Not to beat the same drum, but keep the beginning, middle and end construct in mind when writing a direct exam. Each direct exam should be tightly scripted, and by that, I don’t mean read the witness questions off a piece of paper in front of the jury. What I mean is draft the direct exam, put it aside, and then come back and read it some time later. Does it flow? Does it make sense? Is it interesting? Will the jury understand why you wanted them to meet this witness? Will the jury hear what the witness has to say that is of interest?

Some of us were taught as young lawyers to spend time at the beginning of a witness’s direct exam to go through the witness’s biography. This is especially true of expert witnesses. At a recent trial, the defense lawyer spent a good 15 minutes on his expert’s CV, talking about hospital committees, editorial committees, even a tennis club committee. It was a long, boring way to introduce a witness to the jury. The first 15 minutes of every direct exam should be as interesting as the first 15 minutes of NCIS or Law & Order SVU. If it is not, it needs editing.

The ending of the best story has a message, a lesson, a moral. Closing argument is more than a recap of the facts and evidence. Rather, it is confirmation of the most compelling issues in this plaintiff’s story. What message does the story convey that will result in a jury seeing the case’s significance to themselves, their families and their community? The answer to the question often lies in a betrayal of a universal trust or obligation. Telling a story of betrayal of a trust activates a jury’s sense of justice and protection.

Some final thoughts on story telling

Hollywood has given us some iconic lawyers. Gregory Peck wanting us to walk around in another man’s skin. Denzel Washington asking us to “talk to me like I’m a six-year-old.” Tom Cruise demanding the truth. Paul Newman’s dogged persistence. Joe Pesci’s refusal to be bullied to be anything other than his true, pure self. These are memorable characters because each of their stories timelessly embodies a universal need or aspiration – a common thread in every trial. 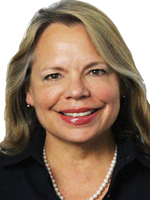 Pamela Pantages is a partner with Nurenberg Paris Heller & McCarthy Co., LPA, a Cleveland-based plaintiff’s firm celebrating its 90th anniversary. Pamela has more than 27 years of experience as a trial attorney. Having earned a master’s degree in speech pathology/audiology, she successfully pursued a medical career before going to law school. Her current law practice includes all areas of medical negligence, but with particular expertise in obstetric and pediatric malpractice.