The art of closing argument

Before you stand up and start talking to the jury in closing argument, try to remember a few simple things: (1) Most of the jurors have already formed very strong impressions and made up their minds regarding liability. (2) Most of the jurors misunderstood the jury instructions (or outright ignored or slept through them). (3) All of the jurors heard the facts and testimony differently. (4) None of the jurors understand the case the way that you do.

Your first job is not to win the hearts and minds of the whole jury; rather, it is to empower those jurors who have already decided the case in your client’s favor. Give those jurors the ammunition they need to stand up for your client in the jury room. Make sure that your favorable jurors have all the answers they need when faced with questions by a juror in favor of the defense. You need someone in the jury room saying: “Remember, the plaintiff attorney said the defense’s story wasn’t true, so don’t fall for their lies.”

Begin by giving the jurors the measuring stick by which to judge the case. Explain the burden of proof and show them how it works. Demonstrate how easy it is to decide the case in your client’s favor.  The majority of the population consists of visual and auditory learners, so provide jurors with the information in the manner in which they learn best. For the visual learners, use metaphors, pictures and diagrams frequently. For the auditory learners, replay witness testimony, and emphasize and repeat key dates, issues and themes that help your case. A particularly effective type of imagery for explaining the burden of proof is to compare the two sides of the case on a scale – show your most convincing witness on one side of the scale and the defense’s terrible counter-witness on the other side. Throughout your closing go back to the image of the scale as you discuss the weight of evidence on either side. Don’t let the jurors forget about that scale (burden of proof) as you continue talking about the evidence.

Describe the deliberation process and intercept the naysayers in the jury room. As you begin your closing, look right at the jurors that you know are ‘with’ you (i.e., those who appear attentive when you’re speaking). Empower your favorable jurors to use the tools that you are giving them. Encourage one or more of them to become the foreperson and the leader of the jury. Tell them the importance of following all of the rules when they are alone in the room. Give them examples of what your negative/defense-oriented jurors might say or do, and then provide the favorable jurors your desired response. Use this opportunity to discuss the importance of not talking about issues such as wealth, poverty or insurance. Explain that by law, the attorneys are not allowed to discuss these topics during trial, so the jurors cannot discuss these topics during deliberations.

While most jurors have made liability-type decisions in their lifetime (i.e., they have come to their own conclusions regarding who/what did something wrong), very few, if any, have thought about the dollar amount they would impose on a liable party. Therefore, the discussion of damages is where your credibility is the most important. Jurors look to you for direction, so you are most helpful to them when you provide the tools to understand and calculate an award of damages. If you don’t spend at least half, if not most of your time on damages during closing, you’re probably making a mistake.

Spend time with each element of the damages and substantiate each with the facts in your case. Remember, damages are about compensation, so use the passage of time and the degree of loss as markers. Teach the jurors how awarding damages to your client will help to make up for each moment in time that was lost, and will be lost, as a result of the defendant(s)’ actions.

Do not retry every fact in your case during closing. You have been living this case for so long and want to talk about it all, but unfortunately, you don’t have the time and the jury doesn’t have the attention span. Hit hard and strong on your best and most favorable points that make a difference in your case. Stay away from the minutiae. Focus your time and attention on any defense witnesses that need to be impeached and do so in a way that shows them in stark contrast to your own positive/strong witnesses.

Explaining each part of the verdict form is crucial. Most likely, none of the jurors have ever done this before. Walk them through answering the verdict form question by question. Explain what each question means and why they should answer favorably for your client. Remind them of the evidence and witness testimony that will help them to answer each question. Display the verdict form on the screen and actually write on it to show the jurors exactly how you want them to check each box and fill in the blanks. Discussing the verdict form at the end of your closing is the most effective because the image of the form with your damages amounts is fresh in their minds before they retreat to the jury room.

Finally, it’s important to save a lot of passion for rebuttal. You want to be able to adapt and respond to whatever is said during the defense’s closing, so be sure that you have spent time thinking about it. You should always have something in mind for rebuttal that is adaptable and responsive to whatever happens during the defense’s closing. Be sure to have enough of a framework in mind so that you have a beginning, middle and end. Use whatever the defense gave you and reverse it in such a way that it circles back and supports everything that you said in your closing.

Points to consider in closing argument

Closing argument is your time to stand in front of the jurors and explain to them why they should find in favor of your client and award the damages you are seeking. You will need to plan your closing argument, consider different options, and decide on the best arguments. Below are some suggestions for the presentation of a closing argument.

• Know your time limit and reserve time for rebuttal

• Thank the jurors for their service

Let the jurors know that you appreciate their service.

• Be cordial to opposing counsel

• Do not stand behind the podium or read your closing argument

• Explain the burden of proof

While you should have discussed the burden of proof during your opening statement, and while the judge will provide a jury instruction on it, you should fully explain the “preponderance of the evidence” in closing argument.

• Remind the jury that a verdict requires only nine jurors

Explain to the jurors that once nine people agree on the answer to a particular question, then they should answer it and move on. Unanimity usually results in a lower verdict.

Identify the most important jury instructions and then actually show and explain them to the jurors. One jury instruction that you should always address (especially in a MIST case)  is CACI 430, the instruction that defines “substantial factor.” Point out that it includes the language “contributed to” the plaintiff’s harm and is something “more than a remote or trivial factor.” Explain that the word “substantial” is different in the legal context compared to everyday conversation. Generally, we think about a “substantial” cause/factor as being the single largest one. However, legally, in the civil litigation context, there can be more than one substantial factor. Any cause that is not trivial is substantial.

• Use charts, summaries, and/or timelines

During closing argument, it is usually helpful to have at least one chart, summary, or timeline.

Replaying videotaped testimony during closing is extremely effective to both highlight your strongest witnesses and emphasize the defense’s weakest witnesses.

• Whenever possible, have a theme

“This case is about …” You should try to introduce this theme during voir dire and opening statement, but by closing argument, the theme should tie all the evidence together.

• Give favorable jurors something to take to the deliberation room

Empower the jurors who are in favor of the plaintiff. Intercept defense-oriented or undecided jurors’ arguments by providing the plaintiff-oriented jurors with answers to the questions that will arise during deliberations. Talk directly to the favorable jurors when you are discussing your most important points.

• Be passionate and emotional

Show the jury that your client’s loss has affected you. If you are not a passionate advocate for your client, no one else will be during deliberations. 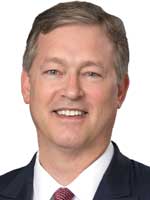 Michael Alder and his firm, AlderLaw, PC, represent clients in the areas of personal injury, business torts and employment litigation. Mike is the youngest winner ever of the Consumer Attorneys Association of Los Angeles (CAALA) Trial Lawyer of the Year (2004). Mike is also extremely involved in the community. He is one of the founders, a current board member, and a past president, of the Los Angeles Trial Lawyers Charities (LATLC.) Mike also serves on the board of the non-profit Inner City Law Center and tries pro bono cases for underprivileged clients. Since 2003, he has been a member of the American Board of Trial Advocates (ABOTA) and is a founder of the national American Museum of Tort Law. Mike is devoted to mentoring young lawyers through financial assistance with the establishment of the AlderLaw Warrior Fund program, networking opportunities, free seminars and free access to thousands of archived expert depositions.