What everybody does wrong

If you are proceeding by way of a bench trial, an opening statement is usually unnecessary. You would be much better served laying out your case in a concise trial brief. Just outline for the judge the causes of action, theories of liability (or defense thereof) and identify the parties. If there is a unique legal issue, give the judge a short primer on the relevant statutes and applicable case law. If you have prepared a decent trial brief, most judges will not need or want to hear an opening statement. We just want to start hearing the evidence.

The jury is always told that the opening is just a brief statement about what the attorneys believe the evidence will show. The emphasis here should be on the word brief. Attorneys tend to include way too much detail in their opening statements. They stray unnecessarily (and inappropriately) into argument and instruction on the law. For some reason they feel the need to talk about each witness, display dozens of documents and talk about each cause of action. Forget it. You don’t need that much detail. You just need to say enough so the jury knows what you want from them in this case and how you are going to get there.

“Oh,” you may say, “if I do not include enough detail in my opening, the defense attorney may ask for a nonsuit after it is completed.” Do not fear the motion for nonsuit after opening. In fact, you should welcome it. All the jury is going to see is a brief meeting at sidebar after your opening. If the judge is inclined to grant a nonsuit on some or all of your causes of action, that judge is also obligated to give you an opportunity to reopen on your request. The jury, of course, has no idea what discussion took place at sidebar. When you reopen, you appropriately shade the discussion to your advantage. It would go something like this:

“This case has so many layers and interesting facets. The judge and opposing counsel think I should tell you even more about this case. I am happy to be given the opportunity to do so.”

With such a statement, you have not actually misled the jury. You are just stating that the case is interesting. If opposing counsel is asserting you haven’t stated enough facts, okay, you are going to give them more facts. If the jury already thinks you have talked long enough, they are going to think the only reason you are talking more is because the judge and opposing counsel want you to.

It is important in your opening to clearly identify the key players. As the attorney, you may have been living with this case for a year or more. The names and relationships are all familiar to you. But for the jurors, this all new to them. They are still getting over the shock that they were actually selected to serve as jurors. Through a little bit of repetition and clear identity of roles you need to let your jurors know who the most important witnesses will be.

Anything but “the plaintiff”

If you are bringing the case, you want to identify your client as the aggrieved or injured party. You do not call him or her “the plaintiff.” You use his or her name. You personalize your client. You refer to the defendant, however, as “the defendant.” If you are defending the case, it is the other way around. The person bringing a lawsuit is “the plaintiff” but you are going to identify the individual or company you are defending always by their name.

In this diverse society in which we live, litigation often involves individuals with foreign names. Many of your jurors may not be familiar with names from outside the mainstream. To help your jurors keep everyone straight, always use the individual’s name and their role in the case. For example, you will say: “Mr. X, the driver of the other car” or “Ms. Y, my client’s supervisor.” Don’t just do that the first time, but identify the individual and their role every time you reference them in your opening statement.

You do not, however, need to discuss each witness who will be testifying. After a while it will be just a list of meaningless names that your jurors will forget by the time you sit down. Just tell the jurors that they’ll hear from certain categories of witnesses such as coworkers, percipient witnesses or experts. If there is someone who is particularly important to the case, let your jurors know who that person is and why they are so important. You want your jurors to be waiting with bated breath to hear from that witness.

It seems that everyone is in love with using PowerPoint presentations during their opening statements. The use of a PowerPoint can be very effective. It can make your opening statement a little more interesting and help highlight important aspects of the case. Do not, however, subject your audience to a visual overload. They are just getting their feet wet in terms of getting into the case. If you start throwing up a series of contracts, discovery responses or other documents, you will soon see the glazed look of the bored and confused coming over the faces of your jurors. Not a good way to start your case.

Even if you have prepared the most dazzling PowerPoint imaginable, be ready to make your opening without it. The judge may sustain your opponent’s objection to the use of your PowerPoint. Your laptop may fail to load or it may crash at the worst possible time. Litigation is all about being prepared for the unexpected.

Many of our older courtrooms (mine included) have not made it into the 21st Century technology-wise. You are going to be responsible for bringing and setting up your own computer equipment and screens. If the jury is ready to hear opening statements and you tell me that your technicians will need another 45 minutes to set up for your PowerPoint, I am likely going to tell you that you are just going to have to present your opening the old-fashioned way. You will need to rely on the power of your vocal presentation alone.

So, how long should the opening statement be? As a general rule, the opening should take no longer than the average situation comedy. That would be roughly 22 minutes in actual running time. The closing argument should take no more than the average television drama, approximately 45 minutes. Anything longer than that and you will start losing your audience.

I do not place time limits on either the opening statement or the closing argument. Although, maybe I should and I often wish I had. I still like to cling to the notion that the attorney is the best judge as to what is appropriate for any given case. When asked by counsel about time limitations, I often give the following illustration:

The three greatest speeches in American history are arguably number one, Lincoln’s “Gettysburg Address”; number two, Franklin Delano Roosevelt’s “Day of Infamy” speech; and number three, Martin Luther King’s “I Had a Dream” speech. The “Gettysburg Address” was only two-and-a-half minutes long. The “Day of Infamy” speech clocked in at seven-and-a-half minutes. The “I Had a Dream” speech was a veritable epic at fifteen minutes in length. If you really think you are better than those guys, go for it!

I would urge all litigators to please consider their audience when preparing their opening statements. Remember the KISSS rule. Keep it short. Keep it simple. You know what the last “S” stands for. 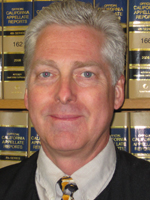 Hon. Mark Mooney received his undergraduate degree from the University of Southern California in 1978. He attended law school at Southern Methodist University and received his Juris Doctor in 1981. Before being appointed to the bench he was an associate with firms of Hillsinger & Costanzo and Lafollette, Johnson, De Haas & Fesler. He also served as an Assistant United States Attorney for the Central District of California from 1991 to 1995. Judge Mooney was appointed to the Los Angeles Municipal Court by Governor Pete Wilson in 1995. In 1998, he was elevated to the Superior Court for the County of Los Angeles. He currently has an unlimited general civil assignment in the Mosk Courthouse. 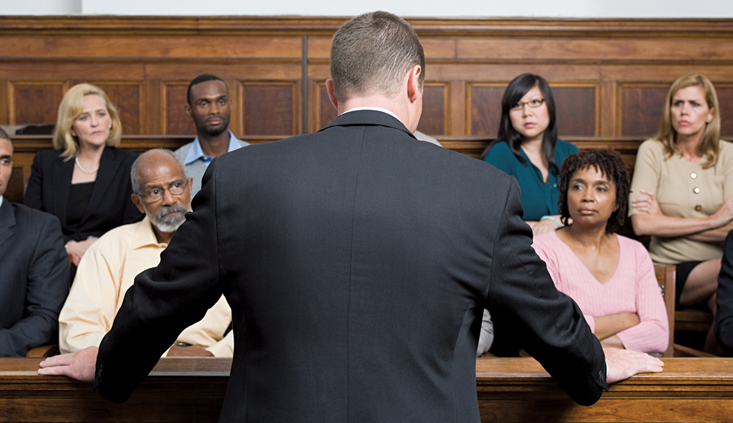