As a lawyer, you spend the day tethered to your phone because you use it for more than phone calls. You send documents back and forth, arrange meetings with a button-click, and you have become savvy about when to text vs. email, vs. call someone. You are immersed in a rich and complex web of digital communications that supports your practice – as well as your home life, and your personal pursuits, and just about all that you do all day.

Until recently, your interactions with the Los Angeles Superior Court were from another era – the Paper Age. It was only three years ago that the Court was working in 12 separate case management systems, designed in DOS and Cobol, which stored data in more than 40 separate data repositories, each with its own distinct configuration – and was processing adoptions cases on a typewriter! None of the systems were digital, none could talk to each other and none could provide electronic online access or services. It was no surprise that, in the Paper Age, stacks of documents towered over judges in chambers and on the bench. Carts full of files plied the hallways. The Court managed 70 linear miles of paper files.

That is quickly changing. Over the past three years the Court has been rapidly replacing its old systems with modern, efficient and electronic digital-document-ready case management systems.

The scale of the effort has been staggering:

• In Unlimited Civil, more than 750,000 case records, in 117 courtrooms, along with 16 million document records, were converted to the new program, along with five million scheduled events, five million party records and more than $91 million in records of trust accounts.

These numbers are huge and impressive, and this work has created the foundation that allows improved services for attorneys and litigants – most notably efiling. With new, modern, digital-ready case management systems in place, efiling follows closely behind. Now attorneys and litigants can file electronically in Probate, Small Claims, Limited Civil and Unlimited Civil, with Complex Civil, Family Law and Dependency coming next year. With the press of a button, your document is submitted to the Court. No printing. No delivery of the original filing. And 24/7 service for filing documents at your fingertips.

Like all great evolutions, there have been challenges along the way, but large-scale IT projects of this type are notorious for problems: According to a 2017 report from the Project Management Institute, 14 percent of IT projects fail – and a third do not meet their project goals. According to those odds, one of the Court’s seven new case management system projects should have failed and two should have come up well short of expectations. The Court’s track record of successful case management system implementations in every litigation area is significantly better.

However, we recognize that Unlimited Civil efiling has been particularly bumpy for you and the Court, but keep in mind – the process was new to the tens of thousands of Los Angeles civil lawyers, the 70 Electronic Filing Service Providers, as well as the Court employees and judicial officers. The conversion of tens of millions of data points from ancient, old systems with separate data repositories didn’t help ease the transition since efiled documents need some validation against legacy case data. Plus, the volume of electronic filings – starting with day one – is enormous! In the first few months of Unlimited Civil efiling (beginning last December through April), approximately 1,600,000 documents have been efiled. Misunderstandings and mistakes have been made by all involved in the efiling process, but progress, development, growth and improvement have unfolded – and will continue to rise – in our Electronic Evolution.

What the Court is doing to help

• A strike team of experienced operational and IT staff was dedicated to remedy problems as they were identified. The list is getting much smaller.

• Staff is helping to validate and route electronic documents in the efiling process rather than rely on old converted and limited legacy case data.

These efforts have helped to reduce the number of documents rejected for electronic filing to around 14%. This rate continues to drop and should soon be around the 10% rate previously experienced in the Paper Age and in surrounding counties that offer efiling.

What you can do to help

• Read the FAQs. Make sure you and your staff are familiar with how efiling works: http://www.lacourt.org/page/PDF0049.

• Give yourself some time. Efiling can be done 24/7, but remember that the document will still require review. Typically, an electronically filed document will be processed by the Court within 24 hours. Proposed orders, writs, abstracts, and other documents requiring further action by the Court may take longer than 24 hours to process.

One thing remains true in the digital world from the Paper Age: The usual reasons for rejected documents still pertain to efiled documents, such as mismatched names, incorrect payment amount, incorrect court location and other errors. The FAQs have a useful checklist of errors to watch out for and the most common reasons for rejections.

Judges are adapting rapidly to digital records. The Court’s judicial electronic portal – BenchView – allows judges to access digital records easily from the bench, as well as from tablets and other devices in chambers or at home. This saves thousands of hours of staff time in creating and managing paper files and makes it easier for judicial officers to review cases – even in document-intensive areas such as Dependency and Family Law.

When an attorney or litigant needs a document, it is more easily accessible. For example, justice partners in the Dependency system are accessing nearly 200,000 documents each month. At 10,000 document views each workday, it means not only that Court staff are free to do things other than finding paper documents – it also means that court users are consuming much more information than they were able to prior to digitization. Electronic access will be significantly improved for civil lawyers when the new Attorney Portal is introduced at the end of 2019.

The Los Angeles attorney community has been tremendously supportive of the Court’s Electronic Evolution. The Los Angeles Superior Court emerged from the Great Recession with automation as a top priority and is in the midst of making good on that promise – we thank you for your help and support! 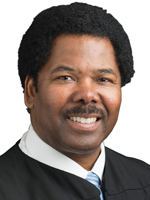 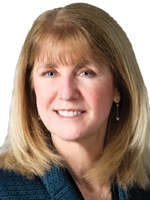