The general-damages argument comes at the very end of your case. Most trial lawyers believe it is always best to argue general damages after you have completed your argument on economic damages. I agree with this approach and believe the jurors respond better to a general-damages argument after they have heard hard numbers for medical specials, loss of earnings, loss of earnings capacity, etc. Additionally, you can refer to the expert witness testimony on the economic damages whereas you do not use expert witness testimony on general damages.

Most trial lawyers believe that the amount of general damages you should ask for is based on many things. Some of those considerations include: Who are and where is your jury from? Who is the defendant or defendants? How well did your case go into evidence at trial? How well did your client do on the stand? How is the defense lawyer in the trial? How did the damages testimony go during the trial? These are just some of the factors that go into consideration when trying to decide an approach for your general-damages argument at trial.

Most people believe the general rule is that you do not want to overreach or overdo the general-damages argument part of your case if it is a very thin liability case. If you ask for too much money on general damages on a thin-liability case, you run the risk of losing the jury on liability and/or percentages and/or getting a defense verdict. Obviously, there are exceptions to this rule but it is generally a pretty good one to follow.

Remember, the jury will be told there is no fixed or absolute standard by which to compute the monetary value of general damages. The jury is told that they are entrusted with vast discretion in determining the amount of damages to be awarded. Every case is unique and different because your client is unique and different. Additionally, the parties in the case are unique and different. There may be a governmental entity, a school district or a sympathetic defendant in your case that might affect the way you approach general damages. Some lawyers argue that general damages provide the opportunity for the jury to provide full justice for the injured plaintiff. Many lawyers state that they are not in the case at trial in order to get partial or some justice but, rather, full justice. Full justice requires full compensation on all aspects of the case including the issue of general damages.

CACI 3905A sets forth the following:

(1) Past and future physical pain, mental suffering/loss of enjoyment of life/disfigurement/physical impairment/inconvenience/grief/anxiety/humiliation/emotional distress [insert other damages].

No fixed standard exists for deciding the amount of these non-economic damages. You must use your judgment to decide a reasonable amount based on the evidence and your common sense.

To recover for future non-economic damages, the plaintiff must prove that he or she is reasonably certain to suffer that harm.

For future general damages, determine the amount in current dollars paid at the time of the judgment will compensate [name of plaintiff] for future pain and suffering. This amount of non-economic damages should not be further reduced to present cash value because that reduction should only be performed with respect to economic damages.

Many trial lawyers like to make a list board of all the types of things that are compensable under the CACI instruction. Such a list might include the following: Physical pain, mental suffering, loss of enjoyment of life, disfigurement, physical impairment, inconvenience, grief, anxiety, humiliation and other items that may have come up in your case. Another list can be made of all of your client’s injuries, scars and procedures, etc. This list can blossom as the evidence is presented in your case and you want to keep track of it during the trial so that you can use it in your damages argument during closing.

I almost always use a timeline to demonstrate the general-damages time periods in an injury case. The timeline should always have a section for past damages from the date of the accident until the time of the trial. Additionally, the timeline should always have a future damages section that shows the time from the date of the trial to the end of the client’s life expectancy. CACI has a life expectancy table that will be applicable to your particular client that you can use to calculate the future years for your client. Obviously, you want to make the past time period much shorter than the future time period on your timeline. The only exception to this might be if you have an elderly client who does not have a long life expectancy.

Once you have made up a timeline, you can fill in amounts or ranges of amounts based on the evidence that was presented at the trial. For example, you might want to include a higher amount from the date of the injury through the period where your client was hospitalized, required surgery or had extreme pain and issues from the accident. Some lawyers use a per year or per month amount while other lawyers use a daily or hourly amount. You should choose whichever you feel most comfortable arguing and which best suits your case as the appropriate approach for this type of argument. It should always be based on the evidence, the injuries and the facts that were set forth concerning your particular client. There is no “one size fits all” with respect to how you do the per diem argument for a client on general damages.

Work with the verdict form

Once you have laid out the past-and-future general-damages timeline approach, it is always a good idea to then show the actual verdict form to the jury and explain how your timeline fits in with the verdict form. Almost all special verdicts have a section now for past and future general damages. You should suggest numbers and ranges for both of those areas using your timeline as demonstrative evidence during closing argument to show the jury, including pictures, medical illustrations, testimony about pain or family members who talked about what your client went through and when they went through it. An example of what the verdict form looks like is included with this article.

Regarding argument for loss-of-consortium in general damages in the past and in the future, again you would want to set forth a timeline and talk about the loss of love, companionship, comfort, care, assistance, protection, affection, society, moral support and loss of enjoyment of sexual relations if that applies to your case. A similar timeline can be used for this argument as set forth above for the injury argument. The one exception is you want to watch out for areas that are specifically not allowed for loss-of-consortium damages, such as personal services and costs of lost earnings and those types of things that cannot be used for loss-of-consortium claims.

Our expert sought to distinguish our case from the ones used in the Strauss Project. Our life-expectancy expert used the real medical data and our client’s improvements in physical therapy to counter the defense. We also called the treating pediatric neurologist, who had experience with life expectancy and traumatic brain injury. Ultimately, the two life-expectancy experts cancelled each other out and I believe the jury put more weight on the pediatric-neurology experts in the case. When presenting a case with severe injuries, you should always try to use a treating doctor to talk about future pain and suffering as well as life expectancy, if possible. 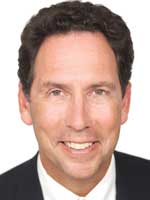 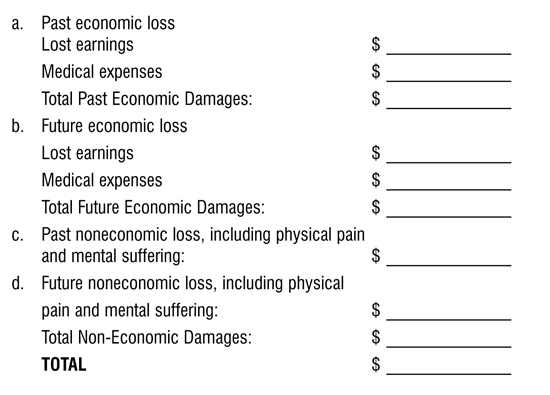