Navigating attacks on your pleadings in federal court

You have either filed directly in federal court or your case has been removed. And now comes the attack on your pleadings. What attacks on your pleadings are allowed under the federal rules and how do you respond? Your prowess with demurrers and motions to quash will not help you much here.

You will need to look to FRCP Rule 12 to begin the learning cycle. In fact, you should study FRCP Rule 12 and the Rutter Group Federal Civil Procedure Practice Guide thoroughly before you file your case. (See Beverly Reid O’Connell, et al., Rutter Group Practice Guide, Federal Civil Procedure Before Trial, Calif. and 9th Cir. Editions (March 2018 Update).) The materials in Chapter 9 of this Rutter Group Guide are heavily cited hereto and relied upon as the basis for this article. A little “preventative maintenance” will go a long way in preventing a successful attack on your pleading and will give you the ammunition you need to successfully attack and/or respond to your opponent.

Rule 12 is titled, “Defenses and Objections: When and How Presented; Motion for Judgment on the Pleadings; Consolidated Motions; Waiving Defenses; Pretrial Hearing.” In general, Rule 12 sets forth when a responsive pleading is due and when, how and what defenses may be made before filing a responsive pleading. In short, it provides for pretrial motions to challenge the opposing party’s pleadings and to assert other defenses and objections.

These motions can be divided into two basic types: pleading motions (motions for challenging the adequacy of the pleadings – motions to dismiss for failure to state a claim, for a more definitive statement, and to strike); and jurisdiction and venue motions (challenging the court’s power to adjudicate the claims, or whether it is a proper forum – motions to dismiss for lack of subject matter jurisdiction, improper venue and/or improper service).

Rule 12(a) Time to Serve a Responsive Pleading

Unless otherwise specified by this rule or a federal statute, a responsive pleading is due within 21 days of service of the complaint, counterclaim or crossclaim, or within 60 days after a timely request for waiver was sent under Rule 4(d), or within 90 days after it was sent to a defendant outside any judicial district of the United States. For the United States, government agencies, and officers and employees sued in an official or individual capacity, however, the responsive pleading is due 60 days after service on the U.S. Attorney, or the individual, whichever is later.

Rule 12(b) How to Present Defenses

Rule 12(b) requires that every defense to a claim for relief in any pleading must be asserted in the responsive pleading, if one is required. However, a party may assert the following defenses by motion: (1) lack of subject matter jurisdiction; (2) lack of personal jurisdiction; (3) improper venue; (4) insufficient process; (5) insufficient service of process; (6) failure to state a claim upon which relief can be granted; and (7) failure to join a party under Rule 19 (Required Joinder of Parties). Each of these seven 12(b) motions is worthy of its own article and as such will not be explored herein.

To the contrary, there are several key defenses that may not be waived by failing to timely assert them in a Rule 12 motion or an answer. Lack of subject matter jurisdiction, for example, can never be forfeited or waived and the court has an independent duty to determine whether subject matter jurisdiction exists. This issue may even be raised for the first time on appeal. (See Henderson ex rel. Henderson v. Shinseki (2011) 562 U.S. 428, 434-435.)

Three additional defenses are preserved even if not raised until trial: Failure to State a Claim for Relief (Rule 12(b)(6)); Failure to State a Legal Defense to a Claim (Rule 12(f)); and Failure to Join and Indispensable Party (Rule 19). These defects can be raised by answer or pre-answer motion to dismiss, or later, by motion for judgment on the pleadings, and can also be asserted for the first time at trial. (See FRCP Rule 12(h)(2).) However, these defenses are preserved only through trial on the merits and cannot be raised for the first time by post-trial motion or on appeal. (See Kontrick v. Ryan, 540 U.S. 443, 459 (2004).)

Rule 12(c) Motion for Judgment on the Pleadings

After the pleadings are closed – but early enough not to delay trial – a party may move for judgment on the pleadings. The purpose of a Rule 12(c) motion is to challenge the “legal” sufficiency of the opposing party’s pleadings. A motion under Rule 12(c) for failure to state a claim is subject to the same standards as a Rule 12(b)(6) motion. (See Fleming v. Pickard (9th Cir. 2009) 581 F.3d 922, 925; In re Great Lakes Dredge & Dock Co. LLC (5th Cir. 2010) 624 F.3d 201, 209-210.) To avoid dismissal, a complaint must contain sufficient factual matter, accepted as true, to “state a claim to relief that is plausible on its face.” (Id. at 210 (citing Iqbal, 556 U.S. at 678 [quoting Twombly, 550 U.S. at 570]).) Most Rule 12(c) motions are joined with a Rule 56 motion for summary judgment, giving the court the power to weigh and evaluate the facts and, if granted, it is more likely to be upheld on appeal. (“If, on a motion under Rule 12(b)(6) or 12(c), matters outside the pleadings are presented to and not excluded by the court, the motion must be treated as one for summary judgment, under Rule 56. All parties must be given a reasonable opportunity to present all material that is pertinent to the motion.” (See Rule 12(d) (Result of Presenting Matters Outside the Pleadings).)

The trap here is that even though most Rule 12(c) motions are combined with a Rule 56 motion for summary judgment, if one is not combined, submission of documents and other materials (unless excluded by the court) can convert the Rule 12(b)(6) or Rule 12(c) motion into a Rule 56 motion for summary judgment. Formal notice to convert is not necessarily always required. Notice may be satisfied if the nonmovant knows that the court may convert the motion due to matters outside of the pleadings being placed before the court for review. (See Guiles v. Tarrant County Bail Bond Bd. (5th Cir. 2012) 456 Fed.Appx. 485, 487 (citing Isquith v. Middle S. Utils., Inc. (5th Cir. 1988) 487 F.2d 186, 195).)

As with Rule 12(b)(6) motions, the court must assume the truthfulness of the material facts alleged in the complaint and all inferences reasonably drawn from these facts must be construed in favor of the responding party. (See Fleming v. Pickard, 581 F.3d 922, 925.) A judgment on the pleadings cannot be granted if the complaint raises issues of fact which, if proved, would support recovery, or if an answer raises issues of fact or an affirmative defense which, if proved, would defeat plaintiff’s recovery. (See General Conference Corp. of Seventh-Day Adventists v. Seventh-Day Adventist Congregational Church (9th Cir. 1989) 887 F.2d 228, 230.)

A party may move for a more definite statement of a pleading to which a responsive pleading is allowed but which is so vague or ambiguous that the party cannot reasonably prepare a response. The motion must be made before filing a responsive pleading and must point out the defects complained of and the details desired. If the court orders a more definite statement and the order is not obeyed within 14 days after notice of the order or within the time the court sets, the court may strike the pleading or issue any other appropriate order.

Although rarely granted, if a complaint fails to adequately specify which of several defendants were responsible for which of the numerous wrongs alleged by the plaintiff, a court may grant such a motion because it would be difficult for individual defendants to know what claims they need to defend. (See McHenry v. Renne (9th Cir. 1996) 84 F.3d 1172, 1174-1175.)

The court may strike from a pleading an insufficient defense or any redundant, immaterial, impertinent, or scandalous matter. The court may act: (1) on its own; or (2) on motion made by a party either before responding to the pleading or, if a response is not allowed, within 21 days after being served with the pleading.

In relation to redundant, immaterial, impertinent or scandalous matters, motions seeking to strike these are rarely granted. Where there is any doubt as to the relevance of the challenged allegations, courts will err on the side of permitting the allegations to stand, particularly if the moving party establishes no prejudice. (Da Chong Hong, Ltd. v. Silk Greenhouse, Inc. (MD FL 1989) 719 F.Supp. 1072, 1073.) 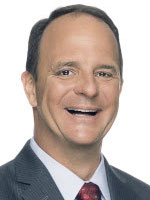 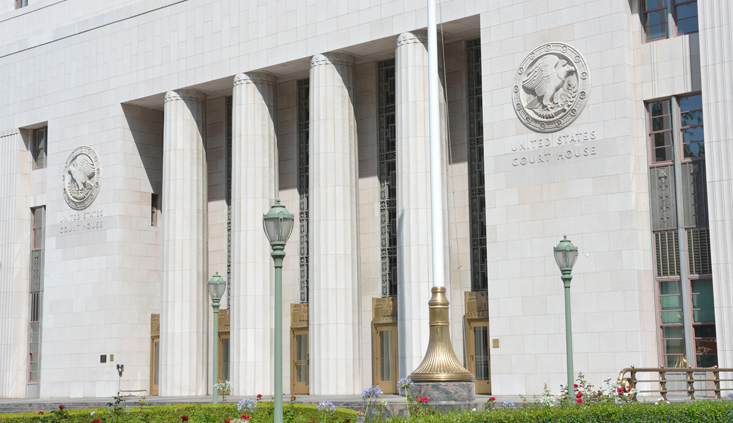