The key genuine-dispute opinion is Wilson v. 21st Century Ins. Co., 42 Cal.4th 713 (2007), which reversed an insurer victory because “based on the undisputed facts in the summary judgment record, a jury could reasonably find 21st Century reached this medical conclusion without a good faith investigation of the claim and without a reasonable basis for genuine dispute .…” That has been the sole occasion in which the Supreme Court addressed this “genuine dispute” doctrine. Yet, intermediate courts have. (See, e.g., Rappaport-Scott v. Inter. Exchange of the Auto. Club (2007) 146 Cal.App.4th 831 [even though vast difference between award and claimed loss, still a genuine dispute].)

To date, “genuine dispute” opinions have generally focused upon first-party cases (i.e., policyholder versus insurer). It is arguably unclear to what extent this doctrine applies to third-party cases (plaintiff versus defendant policyholder); Mt. Hawley Ins. Co. v. Lopez (2013) 215 Cal.App.4th 1385 opined that outcome may depend on the type of claim asserted. Moreover, several years ago, Century Surety Co. v. Polisso (2006) 139 Cal.App.4th 922, 951, noted the absence of duty to defend opinions, with this doctrine “applied primarily in first-party coverage cases, usually involving disputes over policy language or its application.”

Without recovering policy benefits, a policyholder cannot pursue the tortious breach of the implied covenant; in other words, no policy benefits equals no bad faith. That policyholder may be awarded compensatory damages (e.g., emotional distress and attorney’s fees) if the insurer acted “unreasonably” in denying any policy benefits, paying some benefits but not all due, or delaying such a payment. (No separate instruction on genuine dispute is needed if the jury is told the policyholder plaintiff must prove the insurer acted “unreasonably.” (CACI 2331 and 2332; McCoy v. Progressive West Ins., Co. (2009) 171 Cal.App.4th 785, 792.) If compensatory damages are proven, the policyholder can seek punitive damages, pursuant to Civil Code section 3294.

Years ago, California courts started to summarily dispose of a bad-faith claim if the insurer provided a sufficiently persuasive rationale for its position (whether ultimately correct or not) regarding a legal issue relating to the existence of coverage. (See, e.g., Opsal v. United Services Auto. Assn. (1991) 2 Cal.App.4th 1197.) This “genuine dispute” doctrine was extended to factual issues. (See, e.g., Chateau Chamberay Homeowners Assn. v. Associated Inter. Ins. Co. (2001)  90 Cal.App.4th 335 [“existence of a genuine dispute [means no liability for] bad faith even though [insurer] might be liable for breach of contract”].) (Chateau Chamberay noted that insurer “had every right to question [insured’s claims] and to require [insured] to provide full and proper support for its demands” and, in doing so, no bad faith as a matter of law.) Without referring to the “genuine dispute” doctrine, some opinions have concluded that an insurer’s objectively appropriate decision precludes tort liability. (See, e.g., Morris v. Paul Revere Life Ins. Co. (2003) 109 Cal.App.4th 966, 973.)

An insurer invokes this doctrine in an attempt, before trial, to take out the tort claims. (In the alternative, its counsel often seeks to strike the punitive damages, due to the absence of “clear and convincing” evidence to satisfy the standards of section 3294.)

This judicial trend presents a real concern to policyholders: how often do their counsel want to try policy benefits alone?

Notably, Wilson repeated several legal standards that clearly favor policyholders; accordingly, quotes from Wilson should be evaluated for their use in opposing a “genuine dispute” motion. For example, quotes such as “the insurer cannot deny the claim ‘without fully investigating the grounds for its denial’…. ‘The insurer may not just focus on those facts which justify denial of the claim.’”

Specifically, notwithstanding receipt of some information suggesting the contrary, Wilson observed that “21st Century’s claims examiner asserted in his internal denial memo that it was ‘unlikely’ the disk bulges were caused by the accident and that because Wilson was ‘on vacation’ in Australia her claims of severe pain should be ‘discount[ed].’”

21st Century rejoined it was not obligated to simply accept one doctor’s opinion. True, said Wilson, but 21st Century could not “ignore [that doctor’s] conclusions without any attempt at adequate investigation, and reach contrary conclusions lacking any discernable medical foundation.” (Emphasis in original.) 21st Century further rejoined an insurer should not often have to promptly schedule an independent medical examination. The court replied “an insurer’s good or bad faith must be evaluated in light of the totality of the circumstances surrounding its actions. In some cases, review of the insured’s submitted medical records might reveal an indisputably reasonable basis to deny the claim without further investigation …. [yet here] a triable issue of fact exists as to whether it was reasonable to deny Wilson’s claim on the grounds stated without further medical investigation.” The insurer prevails only when “the summary judgment record demonstrates the absence of triable issues as to whether the disputed position upon which the insurer denied the claim was reached reasonably and in good faith.”

In sum, “Wilson presented sufficient evidence for a jury to find 21st Century’s decision was ‘prompted not by an honest mistake, bad judgment or negligence but rather by a conscious and deliberate act, which unfairly frustrates the agreed common purposes and disappoints the reasonable expectations of the other party thereby depriving that party of the benefits of the [insurance policy].’”

Wilson did not meaningfully change existing case law (e.g., Chateau Chamberay). But, as the Supreme Court’s first and only venture so far with reference to this legal topic, Wilson seems to have “braked” the expansion of the “genuine dispute” doctrine, if not circumscribing it to some extent. Furthermore, Wilson may make some judges think twice before granting such a motion.

How to oppose the “genuine dispute” motion

How should policyholder counsel oppose a “genuine dispute” motion? Wilson teaches that an excellent line of attack is asserting an inadequate investigation of the claim. But just making that assertion is not enough. Beforehand, adequate if not thorough pondering and discovery is key. And, the attack must be focused, with specifics, not generalities. Sometimes, a deposition or a declaration from your client and/or your expert can be helpful. Keep in mind a flexible approach in presenting the opposition.

Other opinions suggest other successful approaches. As an example, in litigating against the policyholder, did insurer counsel act too aggressively (e.g., suing for a declaratory relief as a “negotiating tool”)? If the insurer inappropriately or dishonestly selected its expert, a “genuine dispute” invariably does not exist. (See, e.g., Brehm v. 2st Century Ins. Co. (2008) 166 Cal.App.4th 1225, 1239-1240.) Notably, reliance upon an expert does not insulate an insurer for the assertion there was a biased or inadequate investigation. (Chateau Chamberay, supra, 90 Cal.App.4th at 349; see also Pyramid Technologies, Inc. v. Hartford Cas. Ins. Co. (9th Cir. 2014) 752 F3d 807, 823-824 [applying Calif. Law], [expert made only “cursory” investigation of water damage claim]; and Zubillaga v. Allstate Indem. Co., 12 Cal.App.4th 1017, 1028 (2017) [no “good faith investigation” because insurer relied upon expert’s former report, without evaluating insured’s intervening medical treatment].) In short, if an issue, policyholder counsel should closely examine what the opposing expert(s) did and did not do, and then rebut accordingly.

In Polisso, the insurer bottomed its “genuine dispute” on two controversies (Was the work timely completed? Did the property damage result from poor workmanship?). But, as those controversies concerned factual matters, which were at issue in the underlying litigation, there was a potential for coverage and thus a duty to defend. Those factual matters, which are irrelevant to the duty to defend, were not a justifiable reason for refusing to defend and thus no “genuine dispute.”

The Polisso court also expressed concern about the insurer’s delay in articulating its reasons for denying coverage, waiting until the filing of its motion in limine; especially in light of the “no hindsight” standard (at time of insurer’s decision, rather than with the benefit of hindsight), the insurer had therefore waived the right to advance the “genuine dispute” doctrine. (That opinion’s footnote 17 contrasts this ruling with the general standard expressed in Waller v. Truck Ins. Exch. (1995) 11 Cal.4th 1, 31 [no waiver unless intentional relinquishment].) While this would not happen frequently, stay alert for this and related contentions.

On the other hand, be careful how the policyholder’s defense is presented. For instance, evaluate whether the insurer’s investigation revealed problems for you (e.g., your client’s explanation regarding the fire’s inception or inconsistencies regarding the lost content claim), which may result in a “genuine dispute” regarding liability or damages. (See, e.g., Guebara v. Allstate Ins. Co. (2001) 237 F3d 987, 994-995 [applying Calif. Law].)

In evaluating what is “reasonable,” courts invariably apply an objective test (aka “the reasonable person”); in that sense, the insured’s subjective state of mind is immaterial. (CalFarm Ins. Co. v. Krusiewicz, (2005) 131 Cal.App.4th 273, 287 [two justices opined “coverage decision was objectively reasonable” as case law “does not resolve, one way or the other, the precise coverage issue presented here”;  dissent disagreed as case law was too sparse to be considered a “genuine dispute”].)

In any event, a “genuine dispute” focusing upon legal precedent is invariably a question of law. (Wilson, supra, 42 Cal.4th at 723.) Still, a denial based upon the insurer’s policy interpretation does not excuse its failure to investigate other possible bases for the claim. (See, e.g., Jordan v. Allstate Ins. Co. (2007) 148 Cal.App.4th 1062, 1072-1073 [appropriate “dry rot” denial not excuse failure to investigate whether claim resulted from “collapse”]); that case therefore turned from a legal dispute about “dry rot” coverage to a factual dispute about “collapse” coverage.

However, if the law is unsettled, Griffin Dewatering Corp. v. Northern Ins. Co. of N.Y. (2009) 176 Cal.App.4th 172, opined an insurer may apply any reasonable interpretation, even one favoring itself. Note, however, that Griffin Dewatering also cautions insurers that, in asserting a contractual position, an insurer must take a position that “is reasonable under the rules of contract interpretation.” (Id., at p. 208.) This means, “if there is an ambiguity in an insurance provision, the insurance company must interpret the ambiguity in favor of the policyholder.” (Ibid.) In sum, the insurer may not apply an “arbitrary or unreasonable” interpretation. (Amadeo v. Principal Mut. Life Ins. Co. (9th Cir. 2001) 290 F3d 1152, 1161 [applying Calif. Law].)

Should you wish to consider other options, please note some of the other ways in which an insurer may act “unreasonably” (sort of the flip side to the “genuine dispute” doctrine): by failing to evaluate the claim objectively, adopting an unduly restrictive policy interpretation, using improper standards for denying the claim, indulging in post-claim underwriting, and making unreasonably low settlement offers. (See, e.g., ¶12:847 in The Rutter Group’s “Insurance Litigation.”)

In short, the “genuine dispute” doctrine might be a factor in many bad-faith lawsuits. Consequently, be prepared to react with flexibility but focus your opposition. 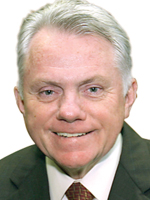 Rex Heeseman, who retired from the LASC bench in 2014, is at JAMS, Los Angeles, rheeseman@jamsdar.com. Besides speaking at MCLE programs, he co-authors The Rutter Group’s practice guide on Insurance Litigation, and has taught courses on Insurance Law at Loyola and UCLA law schools.