He was heroic and flawed. His moments defined him

For mediators and negotiators, the visceral impact of Kobe Bryant’s death brought home many principles in the short life of one person. In the days and weeks following Kobe’s death, it seemed as if everyone was talking about it with tears and emotions normally reserved for a family member. Sports fans. Non-sports fans. Old. Young. Rich. Poor. Democrat. Republican. Teammates. Opponents. Laker/Kobe-fans/haters. Grammy/Superbowl/Oscar-fans/haters. College graduates. High school dropouts. Gay. Straight. Married. Single. Parents. Non-parents. Men. Women. Black. White. Asian. Hispanic. Middle Eastern. Friends. Strangers. Something about him touched us all and united us in sadness.

He was heroic and flawed. Known for his work ethic, he worked hours longer than his peers at perfecting his game . . . at the expense of hours with his family and comradery with his teammates. With his “Mamba Mentality” . . . he sometimes missed every shot in the game but would still confidently take (and often make) the last game-winning shot. He defied his parents and married the girl he loved . . . and then betrayed her (and his respect for women) in an alleged rape of a hotel employee in Colorado. His arrogance and pride made him the target of hate and forced out star players and coaches . . . but that same ire fueled his relentless effort to improve and prove his worth and later earned him the respect and admiration of fans, teammates, opponents, coaches, haters, young athletes, and children who drew closer to him.

His moments defined him. Multiple airballs in his first playoff game. Amazing moves, step-backs, and dunks. Five NBA Championships. Two Olympic Gold medals. Marriage to a teenager he met while she was still in high school. Allegations of rape, days in court, loss of sponsors, boos at sports arenas, and an apology: “Although I truly believe this encounter between us was consensual, I recognize now that she did not and does not view this incident the same way I did. After months of reviewing discovery, listening to her attorney, and even her testimony in person, I now understand how she feels that she did not consent to this encounter.” An 81-point game. Walking to the free-throw line and sinking two critical shots with a torn Achilles tendon. Conflicting chants of Kobe-hate and MVP in arenas across the nation. A 60-point final game. An LGBTQ slur followed by an apology and vocal support for the LGBTQ community. An Oscar for Best Animation. Support for youth sports and women’s basketball and soccer. Sage advice about hard work, practice, curiosity, childish wonder, the power of stories, and defining and acting on priorities. Smiles and hugs with his wife and daughters. And then, a sudden death.

For mediators and negotiators, this is what we do. We help our fellow citizens see and remember more than a moment, an act, a statement, a tweet, a shout, an insensitivity, an omission, or a misstep. While we recognize how a single grab or word or glance or smile can permanently cement a person’s or company’s character in our mind, we help the parties see beyond that moment – to the movie frames before and after that moment – and bring them to the present and future where the frames have not yet been recorded and are ready for our creative artistry.

We show people how everything changes, constantly. How what once was, no longer must be, and can be changed now and for the future. We show people that like the blind men describing different parts of the elephant, touching one part of reality may not fully reveal the whole truth. How “truth” is often neither black nor white and our motivations and justifications are neither pure nor poisonous. How what we say and do and think over a lifetime can change and contradict. How, ultimately, we can change only our next step. How empathy lets us feel and see beyond ourselves and creates opportunities to recognize common ground from which an agreement can be built. How what happened, happened – no matter how awful and no matter how we characterize it or who we blame. How apologies and forgiveness and sincere compassion can remind us of our common imperfection and can help move us from the unchangeable past into the malleable present. How a shock – like death – often jolts us into recognizing what is important and can motivate us to prioritize and seek peace and harmony rather than war and division.

Our goal as mediators and negotiators is to remind people of what we have in common and that, by our actions, right now, we choose who we are and where we are going. As Kobe’s death has shown, even those with diametrically opposite views of Kobe’s legacy can appreciate and hold in common his loss. They can share in his family’s sadness. They can share in his imperfection. They can share in his work ethic. And they can share in Kobe’s lifelong commitment to learn, to be curious, and to look forward, not back. As mediators and negotiators, we similarly strive to pull people out of their silos, to show enemies they can be friends, and to turn everyone’s head forward and not back. Thank you, Kobe, for opening our eyes and showing us the way. 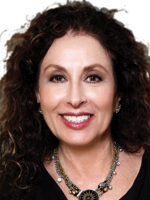 Amy Newman is the President of ARC (Alternative Resolution Centers) and can be reached at .amy@arc4adr.com. 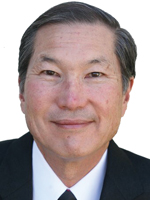 Sidney Kanazawa is a mediator/arbitrator with ARC and can be reached at skanazwa@arc4adr.com.