An analysis of the changes to the CACIs in 2019

This article analyzes some important changes to the Judicial Council of California Civil Jury Instructions (“CACI”) that occurred in 2019. Although the use of the CACIs is not mandatory (Cal. Rule of Court 2.1050), they are the primary form of jury instruction in any civil jury trial in California.

The Judicial Council first published the CACIs in 2003 and continues to modify them, particularly to account for developments and changes in the law. These modifications to the instructions most often take the form of creation of new instructions, modification of the text of existing instructions, revocation of existing instructions, and changes to the “Directions for Use” and the “Sources and Authority” sections that accompany the individual instructions. New CACIs are added periodically to cover new statutes or significant legal changes, as well as to fill in gaps or to correct ambiguities in the existing CACI instructions. As is the case this year, significant changes are regularly made to the “Direction for Use” or the “Sources and Authority” sections even when the text of a given instruction remains unchanged. And if you use the CACI model verdict forms, those change as well – although there were no changes there in 2019 except for three found in the unlawful-detainer section of the CACIs (not addressed below).

Every civil practitioner should keep abreast of the changes to the CACIs since those changes can impact the handling of a case from the pleading stage, through discovery, settlement demands, and of course at trial. You can download a copy of the 2020 edition of CACIs for free at https://www.courts.ca.gov/partners/317.htm.

Changes to the CACIs occur periodically throughout the year, including the introduction of new instructions.  Hence, if you are a trial practitioner who uses software to generate CACI instructions for trial, make sure to periodically check for updates to that software so that your CACIs are current. And keep in mind that a set of instructions or a verdict form prepared several months ago may not be current and accurate today. As such, if your trial is delayed or continued, make sure to check your jury instructions and verdict form when its time to head to trial.

Here is a summary of changes to some of the CACIs.

By statute, evidence of a defendant’s insurance coverage is inadmissible to prove liability. (Evid. Code, § 1155.) If evidence of insurance has been admitted for some other reason, (1) this instruction may need to be modified to clarify that insurance may not be considered for purposes of determining liability; and (2) a limiting instruction should be given advising the jury to consider the evidence only for the purpose for which it was admitted.

Perhaps of more interest are the changes relating to the collateral-source rule in the “Sources and Authority” sections of these instructions. Defendants often assert in their answers an affirmative defense of failure to mitigate damages. In the personal-injury context, sometimes this affirmative defense has included the argument that a plaintiff with health insurance failed to mitigate his or her damages by treating outside that insurance, on a lien or cash basis. The defense then argues that evidence of the plaintiff’s health insurance should be properly admitted as relevant to this affirmative defense. The revised instructions clarify that this is improper. In the “Sources and Authority” section, the Judicial Council has added this citation:

[T]he trial court did not abuse its discretion by excluding evidence of [plaintiff]’s insured [health care coverage] under Evidence Code section 352. [Plaintiff] had the right to treat outside his plan. Evidence of his insurance would have confused the issues or misled and prejudiced the jury.

Further, the existing general citation to the collateral-source rule in both instructions has been revised to read: “[E]vidence of a plaintiff’s insurance coverage is not admissible for the purpose of mitigating the damages the plaintiff would otherwise recover from the tortfeasor. This is the ‘collateral source rule.’” (Blake v. E. Thompson Petroleum Repair Co. (1985) 170 Cal.App.3d 823, 830; see Helfend v. Southern California Rapid Transit Dist. (1970) 2 Cal.3d 1, 16-18.)

The addition of these new authorities to the insurance CACIs presents a further tool of use in combatting these mitigation defenses. But note that as is the case with evidence of the defendant’s liability insurance, there is no blanket prohibition to the reference to health insurance. The Judicial Council also added a new citation to highlight the fact that the discussion of health insurance may be necessary and permissible in certain contexts, citing to Stokes v. Muschinske (2019) 34 Cal.App.5th 45, 58 (references to Kaiser, Medicare and Social Security may be permissible as background on past treatment and in calculation of past and future reasonable medical expenses). In total, these changes to the “Sources and Authorities” highlight the evolution of the law after the California Supreme Court changed scope of recoverable medical expense damages in Howell v. Hamilton Meats & Provisions, Inc. (2011) 52 Cal.4th 541.

CACI 375: Restitution from Transferee based on Quasi-Contract or Unjust Enrichment (new)

This new instruction relates to claims for restitution founded upon doctrines of quasi-contract and unjust enrichment. This instruction does not resolve the long-existing split of authority as to whether California law recognizes a separate cause of action for unjust enrichment. The “Directions for Use” suggest there is such a claim, but the “Sources and Authority” cite to several of the conflicting published opinions on point. However, the promulgation of CACI 375 does appear to clarify that these legal doctrines can be effectuated through a claim for restitution. The instruction is quite broad and flexible.

New to the series on Dangerous Conditions of Public Property is CACI 1125, entitled “Conditions on Adjacent Property.” It reads:

[Name of public entity defendant]’s property may be considered dangerous

if [a] condition[s] on adjacent property contribute[s] to exposing those using [name of public entity defendant]’s property to a substantial risk of injury.

This new instruction recognizes that the injury and/or the dangerous condition need not necessarily occur on public property, and that liability may arise based upon the relationship with adjacent private property. (See Guernsey v. City of Salinas (2018) 30 Cal.App.5th 269, 281-282; Bonanno v. Central Contra Transit Authority (2003) 30 Cal.4th 139, 147-148.) The “Directions for Use” section provide the following guidance:

The prior version of this instruction listed seven elements. The revision makes one of those elements optional. The fifth element remains the same as before, but now appears entirely within brackets: “[5. That [name of plaintiff] did not consent to [name of defendant]’s conduct;] . . . .”

The “Directions for Use” contain the following new paragraph that defines the split of authority, suggesting the matter is one for the trial court’s discretion, at least until the Supreme Court resolves the matter:

Wrongful Termination and Employment (many revisions)

There are many changes in the labor and employment sections, too numerous to thoroughly cover here. Although many of these changes are relatively minor, some are worth highlighting here. CACI 2423 (Breach of the Covenant of Good Faith and Fair Dealing) has been substantially modified for the first time since its introduction in 2003. It now has six enumerated elements instead of five, and it contains a new introductory paragraph. The instruction also makes clear that two of the six enumerated elements are optional, depending on the circumstances of the case.

CACI 2524 (“Severe or Pervasive” Explained) was also substantially modified, eliminating one enumerated factor to be considered in determining whether the conduct was severe or pervasive (“The extent to which the conduct unreasonably interfered with an employee’s work performance”) and adding the following at the end:

[Name of plaintiff] does not have to prove that [his/her] productivity has declined. It is sufficient to prove that a reasonable person who was subjected to the harassing conduct would find that the conduct so altered working conditions as to make it more difficult to do the job.

[A single incident can be sufficiently severe or pervasive to constitute harassment.]

The disability discrimination instruction relating to the affirmative defense of health or safety risks (CACI 2544) has been significantly modified. CACI 2545 relating to undue hardship defense to a disability discrimination claim contains minor changes. The religious creed instructions found at CACIs 2560 and 2561 have also been slightly modified.

This new CACI addresses instances where a decedent’s estate is claiming economic damages arising under Code of Civil Procedure section 377.34, regardless of whether the conduct at issue caused the death. It has many moving parts explained in the “Directions for Use.” CACI 3903Q reads as follows:

[Name of plaintiff] may recover the following damages:

[1. The reasonable cost of reasonably necessary medical care that [name of decedent] received;]

[2. The amount of [income/earnings/ salary/wages] that [he/she] lost before death;]

You may not award damages for any loss for [name of decedent]’s shortened life span attributable to [his/her] death.

This new instruction arises from an affirmative defense available in a construction defect context under Civil Code section 945.5(c) in which a homeowner has failed to properly care for a structure.

The Judicial Council has added a new series starting at 4900 called “Real Property Law,” which contains four new instructions. The new instructions pertain to claims of: (1) adverse possession (CACI 4900); (2) prescriptive easements (CACI 4901); (3) interference with secondary easements (CACI 4902); and (4) violation of the Homeowners Bill of Rights pursuant to Civil Code section 2924.12(b) (CACI 4910). These ease some of the burden real property litigators have faced in crafting special jury instructions for these types of claims.

A note on other changes to “Sources and Authorities”

This article does not address all the many new additions or changes in the “Sources and Authority” sections throughout the CACIs. Checking these sections periodically may advise attorneys of new cases of significance to their particular practices. CACI 400 (Negligence – Essential Factual Elements) is one example of substantial changes to a “Sources and Authority” section over the past year. The Judicial Council added many new case citations to CACI 400 and, in particular, several addressing the issue of standard of care. (See, e.g., Regents of Univ. of Cal. v. Sup. Ct. (2018) 29 Cal.App.5th 890, 902-903 [formulation of the standard of care is question of law for the court; the application of that standard to the facts is a task for the trier of fact]; Southern California Gas Leak Cases (2019) 7 Cal.5th 391, 398 [no tort duty to guard against purely economic losses]; Coyle v. Historic Mission Inn Corp. (2018) 24 Cal.App.5th 627.)

Similarly, CACI 434 (Alternative Causation) has a substantially revised “Sources and Authority” section which cites historic case law in greater detail, as well as a new “Directions for Use” section. The text of CACI 434 is unchanged. 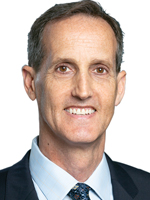 Mike McLachlan is the principal of McLachlan Law, APC in Hermosa Beach, California. His practice focuses on civil litigation primarily in the areas of personal injury, real property, business, and class actions.