Four new employment laws for 2020 and why they matter

As of January 1, 2020, the deadline for a person alleging unlawful employment practices such as harassment, discrimination, or retaliation to file a complaint with the California Department of Fair Employment and Housing (“DFEH”) under the California Fair Employment and Housing Act (“FEHA”) is extended from one year to three years. Previously, a covered individual (applicant, employee, or former employee) who alleged a violation under the FEHA had to file a verified complaint with the DFEH within one year of the date of the wrongful act before one could pursue a civil claim in court. The bill defines filing a complaint to mean filing an intake form with the DFEH and specifies that the operative date of the verified complaint relates back to the filing of the intake form.

When filing a claim with the DFEH, the individual can request an investigation of their claim or an immediate “right to sue letter,” which enables them to pursue their claim in a civil court. Failure to meet this filing requirement with the DFEH results in an absolute time bar of a victim’s administrative and civil remedies (unless the covered individual first obtained knowledge of the facts of the unlawful employment practice after the expiration of one year from the date of the occurrence, in which case the individual has an additional period of time not to exceed 90 days following the expiration of that year). (See Gov. Code, 19640, subd. (d)(1).) This oppressively short timeframe prevented countless potential claimants, particularly lower-income earners, minorities, and victims of trauma, unable to espouse themselves of their rights, from being able to bring forth their claims in a timely manner once they learned of their rights and redress available.

By way of background, FEHA prohibits harassment and discrimination based on protected categories, such as race, national origin, ancestry, religion, mental and physical disability, medical condition, pregnancy, sex, sexual orientation, gender, gender identity, gender expression, age over 40, and other categories. Retaliation is also an unlawful employment practice under FEHA for individuals opposing employment practices that discriminate based on these factors, or for filing a discrimination charge, testifying, or participating in any way in an investigation, proceeding or litigation involving harassment or discrimination. The DFEH is the state agency in California that enforces the FEHA. AB 9 amends sections 12960 and 12965 of the California Government Code, relating to unlawful employment practices.

Known as the Stop Harassment and Reporting Extension (SHARE) Act, the new law is an important step in addressing workplace discrimination, harassment, and retaliation. If an individual fails to comply with the administrative requirement of timely filing a complaint with the DFEH, the person is precluded from pursuing their FEHA claims in court. However, victims of discrimination and harassment are often unaware of the obligation to file their claims within a given timeframe once they become aware of their legal rights and remedies. Extending the amount of time victims may file complaints will ensure more claims of harassment and other unlawful employment practices are brought to the DFEH for possible investigation, as well as the pursuit of associated or subsequent civil claims, which have the potential to make broader and lasting change such as that which we have seen throughout the #metoo movement.

Especially important is the much-needed additional time victims who have experienced mental and emotional barriers as a result of workplace violations will now be afforded in bringing forth their claims. Victims of the wrongdoing of others should not be punished by their own inability to pursue their claims while attempting to heal, recover, find new employment, and other prescient needs the previous one-year statute of limitations did not always afford them.

Giving victims the additional time so often needed to seek administrative and civil remedies to bring their FEHA claims is also more consistent with the statutes of limitations for other California civil wrongs, such as: personal injury (two years), medical malpractice (three years from the date of injury or one year after the plaintiff discovers, or should have discovered, the injury), written contracts (four years), oral contracts (two years) and fraud (three years).

Employers will now have to review their record retention policies and practices in light of the new three-year statute of limitations and take appropriate steps to ensure all employment-related documents are properly retained in accordance with the longer filing period.

“An employer may provide this training in conjunction with other training provided to the employees.” (Gov. Code, § 12950.1, subd. (a).) The training may also be completed by employees individually, such as in an online webinar format, or as part of a group presentation, and may be completed in shorter segments instead of all at once, as long as the applicable hourly total requirement is met,” in which case the employee shall be provided a method to save the training electronically and print a certificate of completion. (Gov. Code, § 12950.1, subd. (a).)

As of January 1, 2020, agreements to settle an employment dispute are prohibited from containing blanket “no rehire” provisions restricting the employee and settling party’s re-employment with the employer or its affiliated companies, unless the employer made a good-faith determination that the employee engaged in sexual harassment or sexual assault. Such agreements have historically contained provisions that prohibit, prevent, or otherwise restrict a settling party that is an aggrieved person from working for the employer against which the settling party has filed a claim (or its affiliated companies). The law also allows an employer to decide not to rehire a former employee “if there is a legitimate non-discriminatory or non-retaliatory reason for terminating the employment relationship or refusing to rehire the person.” (See Code Civ. Proc., § 1002.5.)

It is important to note that the law applies to all employees who have filed a claim against the employer in court, before an administrative agency, in an alternative dispute resolution forum, or with the employer’s internal complaint system or process. Thus, even severance agreements resolving internal complaints made by an employee with the employer, before the filing of any administrative or civil claims, would still be restricted from containing a “no rehire” provision in the severance agreement. Such “no rehire” provisions are void as a matter of law and constitute a violation of public policy.

Severance or separation agreements unrelated to employment disputes are not subject to the prohibition, however. Nor are severance or separation agreements that are negotiated prior to the filing of any lawsuit, administrative claim, or internal complaint. AB 749 is not intended to protect wrongdoers or perpetrators of wrongful acts that give rise to the dispute for which the agreement to settle is being made, as parties who have not filed a claim against the employer in court, before an administrative agency, in an alternative dispute resolution forum, or with the employer’s internal complaint system or process, are not protected by the new law.

Also important to note is the language including “any parent company, subsidiary, division, affiliate, or contractor of the employer.” (See Code Civ. Proc., § 1002.5, subd. (a).) This language in AB 749 addresses concerns that the increasing number of victims of harassment and discrimination bringing forth their claims and entering into such agreements were being penalized by not being able to seek re-employment with the employer or any of its affiliated companies as a settlement condition. For example, the settlement of a claim by a security guard who alleged sexual harassment by her supervisor at a large state public university in a small college town would have been prevented from seeking employment not only with the university for any other kind of job in that small town, but also from seeking employment at any other campus that university may have throughout the state.

This prohibition addresses the especially egregious reality that previously existed with such provisions where the victim of harassment or discrimination was forced to forego their employment with that employer and any of its affiliated entities, while the perpetrator or offender of the wrongful act at issue remained in the job.

The prohibition is also consistent with the EEOC’s settlement standards and procedures, which provide that a worker cannot be required as a condition of settlement to agree to refrain from seeking future employment with the employer.

SB 188 – Amends the definition of race under FEHA

SB 188, also known as the Create a Respectful and Open Workplace for Natural (CROWN) Hair Act, defines “race,” for purposes of the FEHA, to include traits historically associated with race, including hair texture and protective hairstyles. The FEHA prohibits employment and housing discrimination based on specified personal characteristics, including race. The FEHA also prohibits discrimination because of a perception that a person has one of those protected characteristics or is associated with a person who has, or is perceived to have, any of those characteristics.

Current law defines terms such as race, religious beliefs, and sex, among others, for purposes of the act. SB 188 provides that the definition of race for these purposes also include traits historically associated with race, including, but not limited to, hair texture and protective hairstyles, which are defined to include, but not be limited to, “such hairstyles as braids, locks and twists.”

Specifically, the law amends the definition of race under Section 212.1 of the Education Code and Section 12926 of the Government Code, and in so doing amends the FEHA. (See Ed. Code, § 212.1, subds. (b), (c); Gov. Code, § 12926, subd. (w).) Now, hiring, termination of employment, promotion, and other employment practices are prohibited from being made based on such hair texture and protective hairstyles unless such employment decision is based on a bona fide occupational qualification or applicable security regulation. 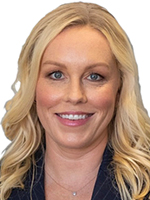