May you live in interesting times

The more things change, the more they stay the same

As we enter this century’s roaring twenties, it would be a mistake to ignore the last.

The 1920s brought initial economic prosperity that ended with the Great Depression, First Wave Feminism that led to the passage of the 19th Amendment, and a resurgence of the Ku Klux Klan that yielded the passage of the Immigration Act of 1924, setting quotas for certain nationalities entering our county.

The more things change, the more they stay the same.

When one focuses on the political and legislative year ahead, it is easy to become overwhelmed with the constitutional and civil rights crises we face as a nation. Yet, CAOC and I are totally committed to continuing to fight for your practices, for your clients, and for the civil rights of all Californians.

I am reminded of the speech called Day of Affirmation that Robert Kennedy delivered in 1966 in Cape Town, South Africa, about individual liberty, apartheid, and the need for justice in the United States at a time when the American civil rights movement was at a crescendo.

“There is … nothing more difficult to take in hand, more perilous to conduct, or more uncertain in its success than to take the lead in the introduction of a new order of things. Yet this is the measure of the task of your generation and the road is strewn with many dangers,” he said.

The presidential race is the election of a lifetime, in no small part for us and for our clients because it will reshape the federal judiciary.

For those of us who practice in federal court, we have seen and felt the impact of having our clients’ rights significantly and negatively impacted by inexperienced or anti-consumer and anti-worker judges selected by the Federalist Society.

For this reason alone, I submit this call to action: We as trial lawyers must support U.S. Senate candidates who take seriously their duty to Advise and Consent on any judicial nominee. Every vote and every dollar matters in making sure we protect our Federal Courts.

In the California Legislature this election year, there are five termed-out senators who have always been supportive of our clients’ rights. CAOC is hard at work vetting, endorsing, and raising PAC money for the March 3 primary. There are some great candidates, including six trial lawyers running for legislative office, and four who happen to be women. It is our duty to do whatever is necessary to elect pro-worker and pro-consumer politicians. Their priorities align with our own hopes and beliefs: that the rights of hardworking Californians are protected.

Take a moment and imagine what it would have been like if there had been more trial lawyers or more pro-consumer politicians in the Legislature in 2012 when SB 1528 was introduced to fix the horrific impact Howell v. Hamilton Meats has had on injured plaintiffs.

Together we can change the political and legislative landscape. Although all politics is local, as goes California, so goes the country in terms of progressive legislation. Join me in this fight.

In his 1966 speech, Robert Kennedy spelled out a final danger: “the temptation to follow the easy and familiar path of personal ambition and financial success so grandly spread before those who have the privilege of an education. But that is not the road history has marked out for us. There is a Chinese curse which says, ‘May he live in interesting times.’ Like it or not, we live in interesting times… And everyone here will ultimately be judged – will ultimately judge himself – on the effort he has contributed to building a new world society and the extent to which his ideals and goals have shaped that effort.”

Politically, on both a national and local scale, it is easy for us to grow too comfortable given our circumstances in California. This state is solidly pro-consumer and pro-worker. We have a governor and a super majority in the Legislature that have demonstrated their courage and commitment to improving the lives of their constituents. In the 2020 presidential election, we will likely back a presidential candidate who believes in the rule of law and that the rights of the marginalized must be protected rather than systematically stripped away.

But we cannot get so complacent that we sit back and fail to fight. California is a legislative beacon of hope for the disenfranchised, the abused, and the forgotten. Together, let’s work to keep it this way. 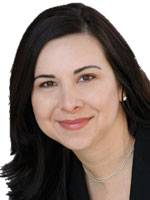 President of CAOC Micha Star Liberty is a civil rights attorney specializing in litigating serious injury, civil rights, sexual abuse, and employment matters. She is a certified mediator who performs mediation for the Contra Costa Superior Court. Ms. Liberty is a graduate of UCLA and UC Hastings College of the Law. She has served on the California State Bar Board of Governors, and as a Vice President of the State Bar of California. She actively serves on the boards of the Consumer Attorneys of California, the Alameda-Contra Costa County Trial Lawyers Association (President 2010, Former Secretary and Treasurer, Former editor of The Verdict magazine). She can be reached at micha@libertylaw.com.