Jurors come to the courtroom with a lifetime of experience in what they believe is fair or unfair; jury instructions won’t change that experience, but how you frame the facts may

“It was only a mistake; he didn’t do it on purpose.”

Jurors are instructed that to recover damages, the plaintiff must prove that the defendant was negligent. But jurors may be reluctant to award damages for what they see as an accident or simple mistake by an otherwise likeable person. That’s the problem. In this article, I propose a solution: “To err is human; to compensate is American values.”

When we were in law school, we were introduced to the concept of negligence. We learned about duty, breach and causation; we read Palsgraf and tried to understand foreseeability. But jurors did not go to law school. Jurors come to the courtroom with a lifetime of experience in what they believe is fair or unfair, and will not obtain instant enlightenment when they hear jury instructions. (After my first year of law school, I remember sitting in a courtroom and listening to the judge read the instructions to the jury. Even I didn’t understand them.)

There are persuasion theories that discourage the use of words like “accident” or “mistake.” In fact, the National Highway Transportation Safety Administration began a campaign in 1997 to stop using the word “accident” and substitute it with “crash.” The former head of the NHTSA said, “When you use the word ‘accident,’ it’s like, ‘God made it happen.’” And, since then, many cities, states and media outlets have stopped using the word “accident” to describe crashes. The problem is that the word “accident” is in the popular lexicon, and has been for over one hundred years, according to historian Peter D. Norton, a University of Virginia engineering professor. In the early 1900s, employers wanted to shift any blame for employee injuries from their unsafe machines, and started using the word “accident” to explain these injuries. Soon afterward, car manufacturers began advocating use of the word, “accident” to shift the focus away from their cars to so-called “reckless drivers” and “reckless pedestrians.” (Norton, Fighting Traffic: The Dawn of the Motor Age in the American City.)

Regardless of whether the evolution of the word “accident” was natural or manipulative, jurors are not going to change their perceptions of the word based on an advocate’s eloquence or logic. Lawyers for injured plaintiffs are counseled to avoid “accident” and, instead, use words like, “wreck” or “crash,” and use phrases like “the defendant chose to act.” These are good ideas, but they can’t undo over one hundred years of indoctrination or overcome the reality of how most people still use the word “accident.” And similar to “accident” is the word, “mistake” which is understood by most to be “an error.” (Actually, Dictionary.Com defines “mistake” as “an error in action, calculation, opinion, or judgment caused by poor reasoning, carelessness, insufficient knowledge, etc.” which fits nicely into the persuasion approach, discussed below.)

Psychologist Daniel Kahneman, author of Thinking, Fast and Slow, wrote that the human brain alternatively uses one of two “systems” in making decisions. “System 1” is fast, automatic, and relies on stereotypes and accepted norms. “System 2” is slow, deliberative, and logical. Kahneman’s findings fit nicely with “left brain” and “right brain” theories. Residing safely in the left brain is the “worldview” or belief system that creates the mental comfort necessary for day-to-day living. It tends to reject new information that is inconsistent with existing beliefs. Residing in the right brain are the upstart ideas that engender creativity and challenges to the status quo. (See, Blumberg, “The psychological science of persuasion,” Advocate Magazine, December, 2017.) Where do stereotypes and accepted understandings reside? In the left brain. The understanding of the words “accident” and “mistake” likely reside in the left brain, and Kahneman’s “System 1” fast way of thinking can undermine attempts to persuade jurors to think of a collision or medical error as anything other than an accident or mistake. Therefore, the challenge to plaintiffs’ attorneys is to shape their persuasion so it fits into the already existing belief system in the left brain where “System 1” thinking usually prevails. This can be accomplished by framing.

During an interview, Kahneman observed that “People don’t choose between things; they choose between descriptions of things.” (Michael Lewis, The Undoing Project.) This is the essence of framing. George Lakoff is a professor of cognitive science and linguistics at the University of California, Berkeley. According to Professor Lakoff, “Frames are mental structures that shape the way we see the world. . . . All words are defined relative to conceptual frames. When you hear a word, its frame (or collection of frames) is activated in your brain.” (Lakoff, Don’t Think of an Elephant, 2014.) Lakoff’s understanding of frames is consistent with Thinking, Fast and Slow, where Kahneman explains that confirmation bias is an example of how “System 1” thinking accepts that which is compatible with currently held beliefs and rejects non-conforming information. Or, as Lakoff writes, “If the facts don’t fit the frames in your brain, the frames in your brain stay, and the facts are ignored.”

Truth, Justice, and the American Way

Judges instruct juries that they must award compensation if they find that negligence caused harm. But, even though we learned in law school about the concept of compensation for tortious conduct, jurors may not be persuaded by being told that “money is the only way to compensate for harm,” because it sounds like it’s a bad thing, and not a good thing. But what if compensation for “accidents” and “mistakes” was turned into a good thing that is consistent with a prevailing belief system?

In the 1940s radio drama and 1950s television show, “The Adventures of Superman,” each episode began with a stirring narration declaring that Superman “fights a never-ending battle for truth, justice, and the American way.” Those words became a mantra that nobody could disagree with. It is a frame. And from frames comes what is called, “common sense.” Professor Lakoff wrote that “What we call ‘common sense’ is made up of unconscious, automatic, effortless inferences that follow from our unconscious frames.” In other words, jurors would consider it to be “common sense” that “truth, justice and the American way” are laudable.

Trying to avoid “accident” and “mistake” in the hopes that jurors won’t remember the definitions is simply denial. However, framing these words into an existing belief system can work to plaintiff’s advantage. Professor Kahneman’s insight that “people don’t choose between things; they choose between descriptions of things” is the key. Many people believe that American values are part of what makes us exceptional. “Personal responsibility” is a favorite mantra of many. And everyone believes that mistakes happen. Having identified these core beliefs, here is a suggested approach that employs all three in the context of a description that is wrapped in “truth, justice and the American way.

It is also not an excuse that the mistake was made by a nice person, or by a professional, like a doctor or lawyer. It is not an excuse that maybe the person hadn’t made that mistake before. “I’m sorry you were injured when you tripped on the skateboard I left by the front door; that’s the first time I ever did that.” I’m sorry that you got an infection because I didn’t clean your wound properly; I usually do it the right way.”

“Everybody makes mistakes.” That is a truth that nobody can dispute. Some mistakes are harmless, but other mistakes lead to tragedy. So, long ago in our country, a system of justice was created to provide for the innocent victims who were harmed by the mistakes of others. A mistake causing small harm had to be compensated with a small amount of money, and a mistake causing tragic harm had to be compensated with a very large amount of money to help restore what was lost, to bring balance, and to make up for the losses that can’t be restored.

A dictionary definition for mistake is “an error in action, calculation, opinion, or judgment caused by poor reasoning, carelessness, insufficient knowledge.” So, the name given to those sorts of mistakes was negligence. In other words, not being careful. Owning up to harm that a mistake caused is the essence of personal responsibility. And when a person won’t take personal responsibility for his or her mistake, representatives of the community make the decision. Those representatives are the members of the jury - the voice and conscience of the community.

What do careful people do to avoid mistakes that can harm others? His honor has told you that the failure to act as a reasonable person would act under the circumstances is negligence. Did the defendant act reasonably to avoid the mistake that caused harm to the plaintiff? Did the conduct make it inevitable that something bad would happen?

The challenge of the plaintiff’s advocate is to frame the facts of a case so that they are consistent with the beliefs of both conservative and liberal jurors. In his book, The Righteous Mind - Why Good People Are Divided By Politics And Religion, Jonathan Haidt theorized that “most people have a deep intuitive concern for the law of karma – they want to see cheaters punished and good citizens rewarded in proportion to their deeds.” Although liberals and conservatives may disagree about the proportionality of punishment and reward, they share the common belief in the basic principle, “cheaters should not prosper.” This is an example of “truth, justice, and the American way.”

That “mistakes happen” is a common belief. “Careless behavior can cause harm” is also a common belief. Combining the two can create a powerful message: “mistakes happen because of careless behavior.” In a medical-malpractice case, the message might be “mistakes happen because of unreasonable choices.” Because the dictionary definition of “mistake” includes an error caused by poor reasoning and carelessness, “mistake” becomes part of a potent argument for plaintiffs. Liberal jurors may be more inclined to compensate those who were harmed. Conservative jurors may be more inclined to require compensation from the defendant who wrongly took something from the plaintiff. Both will be acting in a way that is consistent with the common belief that our American justice system logically has provided for compensation to those who have suffered because of careless mistakes or accidents that were waiting to happen. 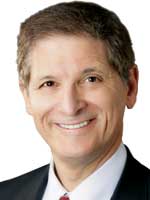 John P. Blumberg has been practicing for 40 years, specializing in medical and legal malpractice cases. He is AV-rated, Board-Certified as a Trial Lawyer by the National Board of Trial Advocacy, Board-Certified separately in Medical Malpractice and Legal Malpractice by the American Board of Professional Liability Attorneys, and a Certified Specialist in Legal Malpractice by the California State Bar, Board of Legal Specialization. He was accepted into ABOTA in1991 and has earned the rank of Advocate with over 50 jury trials to verdict. Mr. Blumberg currently serves on the Board of Governors of the Consumer Attorneys Association of Los Angeles and the Board of Governors of the American Board of Professional Liability Attorneys. Blumberg Law Corporation is located in Long Beach.