We live in the instant-information age. Almost everything you could ever want to know can be at your fingertips in seconds, just a Google search away. YouTube videos can show you how to do just about anything – even (allegedly) how to try a case. There are certainly books and articles on the internet about trying cases.

The availability of conventions, conferences, and other “how to” workshops for trial lawyers has never been greater. You can spend every weekend for a year going to different trial lawyer seminars around the country. I have attended many of them and I’ve learned a lot of great things and gotten to know a lot of great people.

But there’s no substitute for actually stepping into the ring and doing battle. You will never know how you react in trial, in front of a jury, until you do it. What do you do once your best laid plan, script or canned opening or closing goes out the window? How do you handle it?

This article is a collaboration with my friend Gary Dordick, a multiple Trial Lawyer of the Year winner who has tried approximately 150 superior court jury trials. First, Mr. Dordick will share five things you can only learn by trying cases. I’ll conclude with some thoughts on what my own 40+ jury trials have taught me.

Dordick #1: There is nothing better professionally than winning a jury trial

When you’re a trial lawyer, every jury trial is your Super Bowl, NBA playoff, Stanley Cup championship. There is no better feeling than when the jury comes back with a verdict in favor of your client.

Pressure and excitement build in anticipation of the trial and continue every day of trial. All of that adrenaline – and then, the waiting game begins. Waiting for the verdict is one of the hardest parts of being a trial attorney, because there is absolutely nothing you can do except study the jury as they walk into the jury deliberation room, and study them as they come out, trying to read into every little gesture and glance. Finally, they reach a verdict. But then begins the slow process of handing the verdict form to the court staff, the judge reading it first while you study his or her face for any sign of what might come. Then waiting for the clerk to read it slowly, question by question, knowing nothing is safe until the last question is read and the jurors are polled to make sure there are at least nine votes on each question.

When the waiting is over, and the jury renders a great verdict for your client, you will never professionally feel anything better. You will remember that feeling when the verdict was read for the rest of your life.

Dordick #2: It takes a ton of hard work to make trial look easy

A lawyer with tremendous experience who has prepared properly for trial makes it look so easy. They argue the pre-trial motions so naturally; jury voir dire seems like a conversation with old friends; direct exam flows and cross-examination cuts like a knife; closing argument is persuasive, logical and flows effortlessly. To make a trial seem so easy takes hundreds of hours of pre-trial preparation, even for the most experienced trial lawyers. In fact, more experienced trial lawyers truly know how much work it takes to effectively try a case. There is no substitute for extensive pre-trial preparation. Those that have not tried cases have no idea how much time it takes before arriving at the trial to properly prepare. The more cases you try, the more work you know you need to do before trial.

Dordick #3: The better trial lawyer wins most of the time – but not all the time

No question about it, a skilled trial lawyer can win a losing case and get better results than a less experienced trial lawyer. Trials are not easy. It is an adversarial system where very skilled and smart lawyers on the other side are trying to derail your case at every opportunity. A trial lawyer must be skilled in the rules of evidence and the art of persuasion. Getting experts and witnesses together where you need them, when you need them, and prepared can be near impossible in some cases. Knowing which questions to ask, how to ask them, and sometimes more important, which questions not to ask and when to sit down, all comes down to experience.

On the other hand, trials have many variables that cannot be fully controlled. We have some idea about how the jurors might decide certain issues but there is a tremendous amount we do not know about each of our jurors. How the judge is going to rule and control the trial is another variable that unfolds during the trial.

With the different levels of difficulty, variables, and unknowns, the better trial lawyer will win most of the time, but not all of the time; it’s just how it goes.

Dordick #4: Law school never prepared you to do a jury trial

I suppose if you are trying a case about a common law burglary with the definition of the breaking and entering of a dwelling of another in the nighttime with the intent to commit a felony therein, maybe law school taught you something that will help you in a trial. But for the most part, nothing you learned in law school will help you win a jury trial. Sure, you took classes called “evidence” and “civil procedure,” but the reality is you learned federal rules and information designed to help you pass the bar exam – and not necessarily anything with practical application in a courtroom.

In trial, you need to know a few simple rules of evidence which come up all the time that you can get from trial evidence books. Also, whatever it is about law school that makes people talk fancy and act overly important is detrimental to effective communication and persuasion. The more you try cases, the more you realize how little you learned about how to effectively try a case. The only way to improve as a trial lawyer and to learn the skills of the trade is to try more cases.

Dordick #5: Jurors generally come to the right decision, whether you like it or not

Before trial, many lawyers fall in love with their cases. They have on blinders regarding the negative aspects of their case. Lawyers on both sides tend to lose objectivity.

The system works very well to have fair and objective jury verdicts. Twelve people, typically with completely different backgrounds, education and experiences, discussing factual disputes and applying the law, almost always come to the right decision at the end of the case. Generally, there is one winner and one loser in every jury trial, but looking at the verdict in hindsight, objectively, you will find most of the time the jurors reached a fair decision.

What has trial taught me?

Pick the right case to try

As Gary just told us, the best lawyer wins most of the time. But I can tell you from experience that if you are trying a bad case, the defense lawyer can barely be breathing and still beat you. Nothing hurts worse than losing to a lawyer who was unprepared and uninterested in the case. But that happens if you pick the wrong cases to try. So, one lesson trial has taught me is: no amount of skill can save you if your case stinks.

Pay attention to the law of the trial – i.e., the jury instructions

You can learn more about trying cases if you sit through experienced trial lawyers on both sides going over and arguing jury instructions than you will by sitting in opening statement or closing argument. There is so much to know about which instructions should be given, if and how they should be modified, and which ones the defense will try to sneak in on you. You can only learn these little nuances by trying cases and hearing how defense lawyers argue jury instructions and how judges interpret them.

This is real-time, live learning stuff that you will never pick up unless you try cases. Jury instructions are the law of the trial – they can make or break your case, yet some lawyers overlook them. Don’t be one of those lawyers.

Verdict forms are a trap for the unwary

Verdict forms are another minefield you can step into. The next time you are trying a case, remember that the verdict form is the most important part of your trial.

Good defense lawyers will take advantage of you on the verdict from if you let them, and you simply can’t afford for that to happen. I’ve had defense lawyers attempt to add entire elements to causes of action and add random parties that were not even part of the case to the verdict form. They do this with a straight face and hope you don’t know any better.

I always insist on using the model VF verdict forms in CACI. Try to do the same. Although there are times when the VF forms will need to be modified, they are few and far between. Stay awake and question everything the defense suggests about the verdict form that you don’t agree with or understand. Speak up and bring up your concerns to the court if you can’t work it out. Most judges will get the verdict form in order and make sure it’s right if called upon to help.

Keep up the fight and go try some cases! 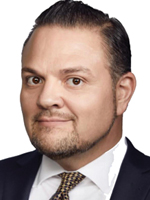 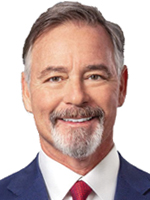 Gary A. Dordick is a trial attorney in Beverly Hills specializing in plaintiff jury trials and has done over 150 jury trials in his career. He is an Emeritus member of the CAALA Board of Governors. He won CAALA’s Trial Lawyer of the Year in 2001 and was CAOC’s 2009 Trial Attorney of the Year.  He was named one of the Daily Journal’s Top 100 Lawyers in California in 2017, as well as one of the Daily Journal’s Top 30 Plaintiff Lawyers in California for 2016. Also in 2016, he was awarded the Loyola Law School Champion of Justice Award for his career achievements representing plaintiffs. In 2015, he received the “Civil Advocate Award” from the Association of Southern California Defense Counsel (ASCDC). In 2003, Mr. Dordick received the University of West Los Angeles’s highest honor - The Bernard Jefferson Award. 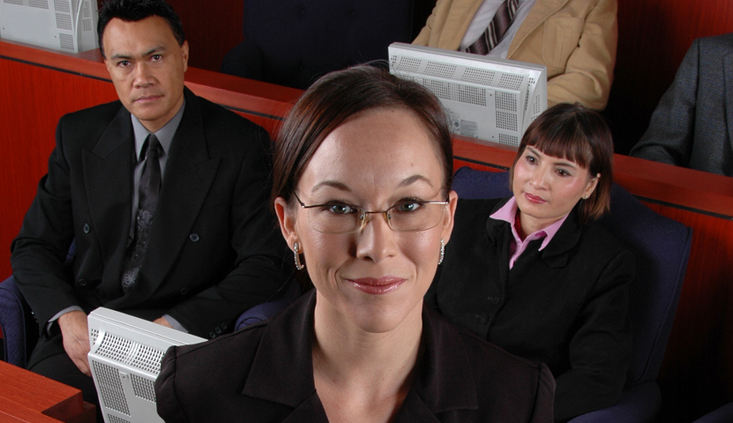