The impact of Nationwide Biweekly Administration, Inc. on the unfair competition and false advertising laws and the right to a jury trial in cases involving both equitable and legal causes of action

Nationwide Biweekly Administration, Inc. v. Superior Court (2020) 9 Cal.5th 279 holds that causes of action under California’s unfair competition law (UCL) (Bus. & Prof. Code, § 17200 et seq.) and California’s false advertising law (FAL) (Bus. & Prof. Code, § 17500 et seq.) shall be tried by the court rather than a jury because they are equitable in nature. More importantly, Nationwide is a tutorial on how to determine whether the right to a jury trial exists in civil cases involving both equitable and legal causes of action.

In Nationwide, the trial court granted the motion by several Northern California District Attorney’s offices to strike a jury demand by Nationwide Biweekly Administration as to UCL and FAL causes of action, in which both civil penalties and injunctive relief were sought. The Court of Appeal, relying primarily on Tull v. United States (1987) 481 U.S. 412, held that the jury trial provision of the California Constitution should be interpreted to require a jury trial in any action brought under the UCL or the FAL.

Nationwide’s holding applies only to UCL and FAL causes of action in both criminal and civil cases and “express(es) no opinion regarding how the state constitutional jury trial right applies to other statutory causes of action that authorize both injunctive relief and civil penalties.” (Id. at p. 294.) Nonetheless, the standards and guidelines used by Nationwide in deciding that the UCL and FAL are equitable in nature and shall be tried by the court, are useful when making that same analysis in other civil actions when there is a question whether there is a right to a jury trial where both equitable and legal causes of action exist. These standards and guidelines are as follows:

California’s constitutional jury trial provision preserves the right to jury trial in civil actions as to legal causes of action or “actions at law” in which the plaintiff seeks to recover money damages to compensate for an injury, such as breach of contract or other tortious conduct, and does not apply to causes of action that are equitable in nature or “suits in equity,” such as an injunction or order for specific performance. (Id. at pp. 292-293.) Also, “that constitutional provision grants the right to jury trial in actions ‘of like nature’ or of  ‘the same class’ in which a jury trial was provided at common law in 1850, when the jury trial provision of the California Constitution was first adopted.” (Id. at p. 327.)

Although the California Legislature has authority to decide whether a civil action shall be tried to a jury or the court, the California Constitution prevails if the constitutional jury trial provision itself guarantees a right to a jury trial in a particular cause of action even though the statute indicates that the Legislature intended that cause of action to be tried by the court. (Id. at pp. 296-297.)

The title of a statute is not controlling

The form or title of a statutory cause of action is not controlling and, if the substance of the cause of action is one that would have been triable by a jury at common law, there is a right to a jury trial even if the statute’s designation might suggest that it is an equitable proceeding. (Id. at p. 316.) The “gist of the action,” in other words, the nature of the rights involved and the facts of the particular case, are more important than the form of the action, which is not binding on the court. (Ibid.)

When the legal and equitable causes of action or issues in a particular case are severable, a party retains the right to a jury trial of the severable legal issues and a court shall try the severable equitable issues. (Id. at pp. 316-317.)

The order of the trial of the severable legal and equitable causes of action or issues in a single proceeding are generally within the authority of the court “and if the equitable issue is tried by the court first and if the court’s resolution of that issue determines a matter that would otherwise be resolved by a jury with regard to the legal claim or issue, the court’s resolution of the matter will generally be binding and may leave nothing for a jury to resolve.” (Id. at p. 317.)

Where legal and equitable causes of action cannot be severed, the “gist of the action” decides the court versus the jury trial issue

“When a cause of action involves legal and equitable aspects that are not severable, California decisions have relied upon ‘the gist of the action’ standard in determining whether the action should be considered legal or equitable for purposes of the constitutional jury trial issue.” (Id. at p. 318.) And, there is no right to a jury trial where the equitable and legal aspects are nonseverable and the gist of the action is equitable rather than legal. (Id. at p. 327.) In arriving at this conclusion, the Supreme Court discussed with approval the facts and holdings in Southern Pac. Transportation Co. v. Superior Court (1976) 58 Cal.App.3d 433 and DiPerro v. Bondo Corp. (2007) 153 Cal.App.4th 150, in which the “gist of the action” standard was applied where equitable and legal principles were inextricably intertwined. Southern Pacific Transportation held, inter alia, “[t]he fact that damages is one of a full range of possible remedies does not guarantee … the right to a jury”; “the court has considerable discretion to select appropriate relief from the full range of equitable and legal remedies” and, when a division is not susceptible and only one division can be made, the court “must make a proper adjustment of the ‘rights, equities, and interests’ of all the parties involved.” DiPerro held, in a Proposition 65 claim for injunctive relief and penalties, that “the statutory remedies afforded by the Act, including civil penalties, are not damages at law, but instead constitute equitable relief appropriate and incidental to enforcement of the Act, which do not entitle the plaintiff to a jury trial.”

Nationwide’s holding might cause lawyers to reconsider their incorporating a UCL cause of action in complaints (especially employment related) where injunctive relief is not necessary or critical and civil penalties under the UCL either essentially duplicate the damages sought in the other causes of action or do not take into account the harm suffered by the plaintiff (see DiPerro, supra, at p. 182) because, at most, the UCL remedy could result in a loss of the right to a jury if all of the causes of action are found not to be severable and, at a minimum if severable, would allow the court to first try the UCL cause of action, which “may leave nothing for a jury to resolve.” 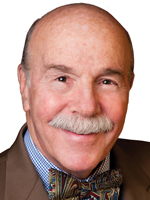 Judge Michael D. Marcus (Ret.) has been a mediator, arbitrator and discovery referee with ADR Services, Inc. in Los Angeles and Southern California since 2002. His services emphasize individual employment claims (state and federal), wage and hour, class action and PAGA matters, as well as legal and medical malpractice. He has been recognized by the Daily Journal as one of California’s top 50 neutrals on six separate occasions and has been a Super Lawyer for 2008-2020.