The essentials of an aviation products-liability case

“Aviation is unique among transportation industries in its relation to the federal government – it is the only one whose operations are conducted almost wholly within federal jurisdiction, and are subject to little or no regulation by States or local authorities. Thus, the federal government bears virtually complete responsibility for the promotion and supervision of this industry in the public interest.” (Abdullah v. Am. Airlines, Inc. (3d Cir. 1999) 181 F.3d 363, 368 citing S.Rep. No. 1811, 85th Cong., 2d Sess. 5 (1958).) So why is it that a defendant manufacturer does not get dismissed on a showing that it complied with all federal standards?

The original Federal Aviation Act declared that “the Administrator of the Federal Aviation Administration shall promote safe flight of civil aircraft in air commerce by prescribing: minimum standards required in the interest of safety for appliances and for the design, material, construction, quality of work and performance of aircraft, aircraft engines and propellers; and regulations and minimum standards in the interest of safety for inspecting, servicing and overhauling aircraft, aircraft engines, propellers and appliances.”

Ultimate responsibility for the safety of aviation products lies with the manufacturers, not the FAA. Additionally, Congress enacted in the Federal Aviation Act a saving clause that expressly preserved state causes of action and aviation product-liability laws:

Nothing . . . in this chapter shall in any way abridge or alter the remedies now existing at common law or by statute, but the provisions of this chapter are in addition to such remedies.

The mere presence of a saving clause “assumes that there are some significant number of common-law liability cases to save” and “reflects a congressional determination that occasional non-uniformity is a small price to pay for a system in which juries not only create, but also enforce, safety standards, while simultaneously providing necessary compensation to victims.” (Geier v. American Honda Motor Co. (2000) 529 U.S. 861, 870.) Where a statute both prescribes “minimum” standards and contains an express savings clause, as does the FAA, the saving clause “preserves those actions that seek to establish greater safety than the minimum safety achieved by federal regulation intended to provide a floor.” (Geier, 529 U.S. at 870.)

Aviation product-liability claims do have limitations, however. The General Aviation Revitalization Act of 1994 (“GARA”) is a statute of repose that bars claims against manufacturers of general aviation aircraft (transport less than 20 people) if the plane or part in question was 18 or more years old, even if its failure caused the injuries. (Butler v. Bell Helicopter Textron, Inc. (2003) 135 Cal.App.4th 1073, 1076). Replacement parts that are less than 18 years old are exempt, and exceptions to GARA apply if:

the manufacturer withheld or concealed information from the FAA, or misrepresented information, that is directly related to the accident’s cause;

If the accident victim is a passenger on an air ambulance flight, or otherwise in flight, to get medical treatment;

If an otherwise-exempt aircraft killed or injured someone not aboard the aircraft (e.g., a person on the ground, struck by the aircraft); or

The purpose of GARA is to:

Establish a federal statute of repose to protect general aviation manufacturers from long-term liability in those instances where a particular aircraft has been in operation for a considerable number of years. A statute of repose is a legal recognition that, after an extended period of time, a product has demonstrated its safety and quality, and that it is not reasonable to hold a manufacturer legally responsible for an accident or injury occurring after that much time has elapsed.

Importantly, analysis of GARA’s legislative history found that language from a House Report supports the conclusion that Congress did not intend for federal law to preempt state law causes of action. (Monroe v. Cessna Aircraft Company (E.D. Tex. 2006) 417 F.Supp.2d 824, 832.) Given the conjunction of all these exceptional considerations, the Committee was willing to take the unusual step to preempting State law in this one extremely limited instance... “And in cases where the statue of repose has not expired State law will continue to govern fully, unfettered by Federal interference.” (Ibid. (Emphasis added.))

Elements of an aviation product-liability case

Under traditional principles of product liability, plaintiffs in aviation-accident cases must show that the product in question was actually defective in design, manufacture or warnings, or that the defendant manufacturer was at fault in some way; that the defendant actually manufactured, sold, or installed the product; and the injury was proximately caused by the defect. (Pickett v. RTS Helicopter (5th Cir. 1997) 128 F.3d 925.)

Aircraft, airframes, and component parts are, by their very nature, intricate. Considerable sophistication, as well as skill, is required for their safe and successful plan and design. A defect in design may result in the whole output being a potential hazard.

A manufacturer is under a continuing duty to improve its propeller system as the danger of the occurrence of uncontrolled overspeed and its effects was not hypothetical but was a generally recognized danger. (Noel v. United Aircraft Corp. (3d Cir. 1964) 342 F.2d 232.)

A manufacturer has a duty to warn of dangers which may be unknown to operators but known or reasonably should be known by the manufacturer, and the failure to warn must be the proximate cause of the injury in order to prevail on a failure to warn theory.

There is no duty to warn of a potential risk which is equally known and appreciated by both the manufacturer and the buyer. (Perez v. Lockheed Corp. (5th Cir. 1996) 88 F.3d 340 [Manufacturer of air cycle machine held not liable for failing to warn that the air cycle machine could leak oil and cause smoke, as it did while two employees of an aerospace technology company were exposed to smoke and fumes in the cockpit of a company-owned airplane but the employees already had prior knowledge of this condition].)

Generally, a person who suffers injury or damage in using a chattel delivered by the manufacturer or seller in a defective condition may not only sue for breach of express or implied warranty, or sue in negligence, but may also bring an action to enforce strict liability in tort.

Such liability for defective products is “strict” in the sense that it is unnecessary to prove the defendant’s negligence and, since the liability is in “tort” the defendant cannot avail itself of the usual contract or warranty defenses which might be available in an action for breach of warranty. (Rest.2d Torts, § 402A.)

However, as in any products-liability case, the plaintiff in an aviation-accident case must establish the defendant’s relationship to the product in question, the defective and unreasonably dangerous condition of the product, and the existence of a proximate causal connection between such condition and the plaintiff’s injuries or damages. (Carmical v. Bell Helicopter Textron, Inc., a Subsidiary of Textron, Inc. (11th Cir. 1997) 117 F.3d 490, 38 Fed. R. Serv. 3d 15, 72 A.L.R.5th 747; Delacroix v. Doncasters, Inc. (Mo. Ct. App. E.D. 2013) 407 S.W.3d 13.)

The doctrine of strict liability in tort is available to a plaintiff under the Death on the High Seas Act, and in maritime actions. Courts have also held that the doctrine may be applied to a lessor if he or she is in the business of leasing airplanes, but, courts have held that the doctrine of strict liability does not apply to services rendered by airplane maintenance workers or repairers. (Hoffman v. Simplot Aviation, Inc. (1975) 97 Idaho 32, 539 P.2d 584; Winans v. Rockwell Intern. Corp. (5th Cir. 1983) 705 F.2d 1449, 13 Fed. R. Evid. Serv. 634.)

Whether or not a manufacturer may effectively limit, by express contractual provision, his or her liability for negligence is determined on a case-by-case basis. (Comind, Companhia de Seguros v. Sikorsky Aircraft Div. of United Technologies Corp. (D. Conn. 1987) 116 F.R.D. 397, 5 U.C.C. Rep. Serv. 2d 575.) Waiver provisions that bar strict liability claims are, as a matter of law, not enforceable as they are against California public policy. (Westlye v. Look Sports, Inc. (1993) 17 Cal.App.4th 1715, 1743-1747.)

Evidence of prior accidents is admissible to prove a defective condition, knowledge, or the cause of the accident provided that the circumstances of the other accident are similar and not too remote. (O’Brien v. Cessna Aircraft Company (2017) 298 Neb. 109, 903 N.W.2d 432  [In a pilot’s products liability action against an aircraft manufacturer, the trial court did not abuse its discretion by excluding evidence of 32 prior accidents involving the aircraft; while the prior accidents involved flying in ice, sleet, or snow, most did not involve evidence that the aircraft operator had activated the deicing boots, as the pilot was alleged to have done, and the prior accidents occurred under entirely different circumstances, including different points of significance during the flights, pilots of different experience levels, different airport geography and topography, and different weather].)

Any knowledge on the plaintiff’s part of the defect at issue raises a jury question as to his or her comparative negligence. (Brinkerhoff v. Swearingen Aviation Corp. (Alaska 1983) 663 P.2d 937.)

The doctrine of the “government contractor” defense applies to aviation products, and in aviation products-liability cases, military contractors have a defense to a products- liability action, whether based on strict liability, negligence or breach of warranty, when duties of care imposed by tort law conflict with their duties under a federal contract.

To invoke the government-contractor defense successfully, the contractor must establish three elements:

that the product conformed to those specifications;

The government-contractor defense does not apply to a design or manufacturing defect claim where the government orders, by model number, a quantity of stock (“off the shelf”) products that happen to be equipped with a particular feature. (Determan v. Boeing Company (D. Haw. 2018) 294 F. Supp. 3d 1005.) 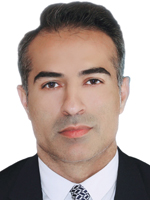 A. Ilyas Akbari is a senior partner and bioengineer at Wilshire Law Firm. He is an experienced aviation litigator and director of the aviation litigation team, having worked on over 200 aviation cases since 2005. Ilyas has litigated crashes and incidents involving commercial airlines, air ambulance aircraft, in addition to product liability claims against many of charter operations, general aviation aircraft, military aircraft, seaplanes, rescue and air and component part manufacturers, including 29 cases against Robinson Helicopter Company, Inc.