Explore the nuts and bolts of compelling a contractual arbitration, with a discussion of some nuances

This article covers the fascinating world of compelling arbitration. In short, it may be slightly drier than the script for the movie Airplane. However, in view of the uncertainty in this COVID-19 world surrounding how and when civil jury trials will resume, arbitration may be more appealing than ever. Although the provisions for compelling arbitration are relatively straightforward, there are some nuances and potential pitfalls for the unwary. California public policy favors arbitration as a speedy and relatively inexpensive means of dispute resolution. (Brodke v. Alphatec Spine Inc. (2008) 160 Cal.App.4th 1569 at 1577.)

There are four main types of arbitration agreements that you may deal with:

1. General Contractual – These can be included in virtually an endless list of possible contractual agreements, ranging from a simple form contract to have a light fixture installed to a complex multimillion-dollar business purchase agreement. Many settlement agreements include arbitration clauses for the enforcement of certain provisions or for the entire settlement.

3. Uninsured/Underinsured Motorist – First-party claims for uninsured or underinsured motorists are governed by the arbitration provisions in the policy of insurance and the provisions of Insurance Code section 11580.2, subdivision (f).

A party may compel arbitration as long as they have a valid and enforceable written agreement to submit a dispute to arbitration. Arbitration, and specifically the procedures for compelling arbitration, are governed by Code of Civil Procedure section 1280 et seq.

The time to file a petition to compel arbitration does not begin to run until one party refuses to arbitrate. Then the four-year statute of limitations for a written contract begins to run. (Spear v. California State Automobile Association (1992) 2 Cal.App.4th 1035, 1040-1042.)

If the contract or agreement is entered into in California and provides for arbitration in California, then the parties are deemed to have consented to personal jurisdiction of the California courts. (Code Civ. Proc., § 1293.) If this is not the case, you must establish jurisdiction as you would in any other matter.

The petition must allege that there is a written agreement to arbitrate a controversy and that a party to the agreement refuses to arbitrate that controversy. (Code Civ. Proc., § 1281.2.) Additionally, under California Rules of Court rule 3.1330, the petition must state verbatim the provisions of the written agreement and the paragraph that provides for arbitration or a copy must be physically or electronically attached to the petition and incorporated by reference.

If the above requirements are met, the court “shall” order the petitioner and respondent to arbitrate the controversy, if it determines an agreement to arbitrate the controversy exists unless it determines that (a) the right to compel arbitration has been waived by the petitioner; or (b) grounds exist for rescission of the agreement; or (c) a party to the arbitration agreement is also a party to a pending court action or special proceeding with a third party, arising out of the same transaction or series of related transactions and there is a possibility of conflicting ruling on a common issue of law or fact (Note this provision does not apply to medical malpractice actions under Code Civ. Proc., § 1295), or (d) the petitioner is a state or federally chartered depository institution that, on or after January 1, 2018 is seeking to apply a written agreement to arbitrate, contained in a fraudulently created agreement. (Code Civ. Proc., § 1281.2.)

It is important to note that “…waiver is not to be lightly inferred and the party seeking to establish it bears a ‘heavy burden of proof,’ with all doubts resolved in favor of arbitration (citation omitted).” (Burton v. Cruise (2010) 190 Cal.4th 939, 945.) Additionally, a court finding a waiver of the right to arbitrate involves a question of fact which is binding on the appellate court if supported by substantial evidence. (Burton, supra at 946.)

It is worth noting that under Code of Civil Procedure section 1281.12 if the agreement requires that arbitration be demanded or initiated by a party within a certain period of time, the commencement of a civil action by that party based on the controversy acts to toll the applicable time limitations. (See Code Civ. Proc., § 1281.12 for details regarding this limited tolling provision.)

Any person named as a respondent in a petition may file a response thereto. (Code Civ. Proc., § 1290.) If a party properly served with a petition does not file a response, then the allegations of the petition are deemed to be admitted by that party. (Code Civ. Proc., § 1290; also see Main v. Merrill Lynch, Pierce, Fenner and Smith (1977) 67 Cal.3d 19, 28.) The time to file a response is governed by Code of Civil Procedure section 1290.6, which dovetails with Code of Civil Procedure section 1290.4.

Code of Civil Procedure section 1291.2 requires courts to give petitions to compel arbitration “Preference over all other civil actions or proceedings, except older matters of the same character and matters to which special precedence may be given by law, in the matter of setting the same for hearing and hearing the same to the end that all such proceedings shall be quickly heard and determined.”

The petition is to be heard in a summary way in the manner and upon the notice provided by law for the making and hearing of motions, except no less than 10 days’ notice of the date set for the hearing in the place shall be given. (Code Civ. Proc., § 1290.2.)

Although the court must grant the petition unless one of the conditions under Code of Civil Procedure section 1281.2 is present, the court has broader discretion where pending litigation involves other issues and other parties. The court may delay arbitration when pending litigation between the parties involves overlapping non-arbitrable issues that may make the arbitration unnecessary. (Code Civ. Proc., § 1281.2, subd. (d).)

A court cannot deny a petition for arbitration because the litigation involves some non-arbitrable issues, unless those issues involve a third party who is not contractually required to arbitrate. (Laswell v. AG Seal Beach, LLC (2010) 189 Cal.4th 1399, 1409.)

Where one plaintiff or cross-complainant has claims against several defendants or cross-defendants and has an agreement to arbitrate with only one of them, the court can refuse to compel arbitration and order all parties joined in a single action. (Mercury Insurance Group v. Superior Court (1998) 19 Cal.4th 332, 339-340.)

Another interesting possibility is arbitrating against some defendants and proceeding to trial against the remaining defendants. This is allowed by Code of Civil Procedure section 1281.4, which provides that if a controversy has been ordered to arbitration by a court of competent jurisdiction whether in California or not and has an action or proceeding pending before a California court, then upon motion of a party to such action or proceeding, the court shall stay the action or proceeding until the arbitration is heard, or to an earlier date specified by the court. The same procedure is set for a pending petition to compel arbitration. (Also see Cuevas v. Truline Corporation (2004) 118 Cal.4th 56.) This case involved a catastrophic injury to a passenger in a passenger vehicle which failed to stop at a stop sign and was then struck by a big rig. Plaintiff would eventually recover a large sum through a bad-faith claim after proceeding to arbitration against the driver and owner of the vehicle and proceeding to trial against the big rig driver and owner.

If a party has a pending lawsuit with arbitrable and non-arbitrable clauses and a petition to compel arbitration has been granted, a plaintiff may dismiss his/her lawsuit without prejudice under Code of Civil Procedure section 581 and as long as the statute of limitations allows, file a second suit without the arbitrable claims. Since the second suit has no arbitrable claims, the court cannot issue a stay under Code of Civil Procedure section 1281.4. (Also see Cardiff Equities, Inc. v. Superior Court (2008) 166 Cal.4th 1541, 1549-1552.)

Multiple arbitration proceedings can be consolidated by the court under certain circumstances under Code of Civil Procedure section 1281.3. The court can consolidate them when;

(1) Separate arbitration agreements or proceedings exist between the same parties; or one party is a party to a separate arbitration agreement or proceeding with a third-party; and (2) The disputes arise from the same transactions or series of related transactions; and (3) There is common issue or issues of law or fact creating the possibility of conflicting rulings by more than one arbitrator or panel of arbitrators....

Filing a petition in lieu of an answer

A defendant may file a petition to compel arbitration in lieu of filing an answer to a complaint. This defendant will then have 15 days after any denial of the petition to plead to the complaint. (Code Civ. Proc., § 1281.7.)

Code of Civil Procedure section 1294 governs the potential appeal of the denial or dismissal of a petition as well as an order vacating an award or a judgment entered pursuant to these provisions. (Please also see Code Civ. Proc., § 1294.2 which discusses the manner of the appeal.)

Under certain circumstances, in an employment or consumer arbitration where the party who drafted the agreement fails to pay the fees within 30 days of the due date, the drafting party is in material breach of the agreement. The employee or consumer will then have several choices, including withdrawing the claim from arbitration and proceeding to court, or continuing the arbitration hearing. These choices and others are set forth in Code of Civil Procedure sections 1291.97 and 1291.98 as well as Code of Civil Procedure section 1291.99.

There are certain types of arbitrations which have their own guidelines. For example, medical malpractice actions or claims are governed by the provisions of Code of Civil Procedure section 1295, and uninsured and underinsured motorist claims are governed by Insurance Code section 11580.2. Code of Civil Procedure section 1296 pertains to construction contracts with public agencies, in particular dealing with those being supported by law and substantial evidence.

If you reached this part of this article, you must disagree with my somewhat pessimistic view of the excitement level of the subject. Whether or not this is an interesting topic, it is clearly an important topic, especially in light of the current limitations on getting to a jury trial in the foreseeable future. Justice delayed is justice denied, and as such Zoom arbitrations are certain to become an important avenue to explore to find justice for your clients. 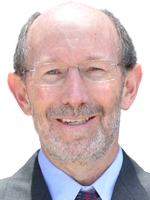 Mark Kramer has been a partner in the firm of Kramer & Kramer in Santa Monica since 1992 and is transitioning from his law practice to become a full-time neutral, handling both mediations and arbitrations. For the past 41 years, he has achieved a wide variety of expertise, having practiced in the areas of personal injury, premises liability, medical malpractice, products liability and construction. Mark is a 1979 graduate of Loyola Law School with the honor of being selected for the Dean’s honor list. He is a member of ABOTA and has served as an arbitrator and mediator for Los Angeles and Ventura Superior Courts for over 20 years, and as an MSC and VSC officer for Los Angeles Superior Court. Mr. Kramer can be reached at mkramer@k2law.com and at www.kramermediate.com.