In recent months with no trial dates in sight, my office has seen an increase in motions for summary judgment (MSJs) filed by defendants in our premises-liability cases. We remain optimistic that the defendant’s evidence in these motions are insufficient to shift the burden onto the plaintiff. Even though defendants will not meet their initial burden, the plaintiffs will be able to demonstrate triable issues of material facts precluding entry of summary judgment. Conventional wisdom holds that after the trial court’s denial, it will spur settlement as defense will reconsider the value of the case at hand.

The purpose of a motion for summary judgment or summary adjudication “is to provide courts with a mechanism to cut through the parties’ pleadings in order to determine whether, despite their allegations, trial is in fact necessary to resolve their dispute.” (Aguilar v. Atl. Richfield Co. (2001) 25 Cal.4th 826, 843.) “Code of Civil Procedure section 437c, subdivision (c), requires the trial judge to grant summary judgment if all the evidence submitted, and ‘all inferences reasonably deducible from the evidence’ and uncontradicted by other inferences or evidence, show that there is no triable issue as to any material fact and that the moving party is entitled to judgment as a matter of law.” (Adler v. Manor Healthcare Corp. (1992) 7 Cal.App.4th 1110, 1119.)

“When deciding whether to grant summary judgment, the court must consider all of the evidence set forth in the papers (except evidence to which the court has sustained an objection), as well as all reasonable inferences that may be drawn from that evidence, in the light most favorable to the party opposing summary judgment.” (Avivi, supra, 159 Cal.App.4th at p. 467; see also Code Civ. Proc., § 437c, subd. (c).)

“If it appears from the affidavits submitted in opposition to a motion for summary judgment or summary adjudication, or both, that facts essential to justify opposition may exist but cannot, for reasons stated, be present, the court shall deny the motion, order a continuance to permit affidavits to be obtained or discovery to be had, or make any other order as may be just.” (Code Civ. Proc., § 437c, subd. (h).)

Premises liability is a form of negligence, which requires a premises owner to exercise ordinary care in the management of the premises to avoid exposing others to an unreasonable risk of harm. (Brooks v. Eugene Burger Management Corp. (1989) 215 Cal.App.3d 1611, 1619.) To prove premises liability, a plaintiff must show that a dangerous condition existed and that the defendant knew or should have known of it. An inference of negligence does not arise simply upon proof of a fall upon the owner’s property. (Vaughn v. Montgomery Ward & Co. (1950) 95 Cal.App.2d 553, 556.)

We had a case where our client alleged to have slipped on wet and slimy leaves in the indoor plant area of a big retail-chain store. The defendant contended that plaintiff could not prove that defendant had actual or constructive knowledge of the condition and the defendant moved for summary judgment on that basis.

As the moving party, the defendant store bears the initial burden of making a prima facie showing either that the plaintiff cannot establish one or more elements of a cause of action or that there is a complete defense to the action. A defendant ... may satisfy this initial burden of production by (1) presenting evidence that conclusively negates an element of the plaintiff’s cause of action or (2) relying on the plaintiff’s factually devoid discovery responses to show that the plaintiff does not possess, and cannot reasonably obtain, evidence to establish that element.” (Schmidt v. Citibank, N.A. (2018) 28 Cal.App.5th 1109, 1119; see, Aguilar, supra, 25 Cal.4th at p. 850.)

Despite Rifkind objections, my client had some cheeky responses to the questions asked. However, a defendant cannot rely on plaintiff’s deposition testimony to establish the absence of evidence on that topic. (See, e.g., Brantley v. Pisaro (1996) 42 Cal.App.4th 1591, n.12 [deposition testimony by a plaintiff on a topic in which the plaintiff is not expected to have percipient knowledge is not the equivalent of a factually devoid interrogatory response for purposes of summary judgment]; Rifkind v. Superior Court (1994) 22 Cal.App.4th 1255, 1260 [deposition testimony is not a proper way to establish a party’s contentions where the deponent is not expected to have personal knowledge].) The trial court recognized the misuse of deposition testimony as evidence and ruled that the defendant had not met its initial burden as to either actual or constructive notice. MSJ denied.

“It was his own fault”

We had another case where our client slipped on ice and water in a big retail store and we alleged that the defendant created the dangerous condition imputed notice. An employee emptied an ice freezer so that it could be serviced. In that process, a big piece of ice was left in the main exit aisle. Defendant argued that a customer had selected a bag of ice with a hole in it from the freezer and that the subject ice fell out of the customer’s bag two minutes before her fall. (What imagination!) Plaintiff used the same surveillance video footage evidence to show that the ice came from the act of the freezer repair. The court ruled that both parties pointed to the same evidence in support of widely differing conclusions for who was responsible for how the ice got on the ground, when the ice got there and for how long. These were questions for a jury to determine the answer to. MSJ denied.

A defendant’s constructive knowledge of a defect may be shown by circumstantial evidence. (Ortega, supra, 26 Cal.4th at pp. 1206-1207, 1210.) Where the evidence fails to show how long the dangerous condition existed prior to the injury, “evidence of the owner’s failure to inspect the premises within a reasonable period of time is sufficient to allow an inference that the condition was on the floor long enough to give the owner the opportunity to discover and remedy it. [Citation.]” (Id. at p. 1203; Sapp v. W.T. Grant Co. (1959) 172 Cal.App.2d 89, 91-92 (Sapp) [whether 20-minute interval between inspections was commensurate with the exercise of reasonable care was a question properly left to the trier of fact]; Shaw v. Colonial Room (1959) 175 Cal.App.2d 845, 888 [failure to inspect tavern two and one-half hours prior to slip and fall deemed sufficient evidence to establish negligence].)

In Ortega, the plaintiff slipped on a puddle of milk in Kmart. There was no direct evidence of how long the milk had been on the floor. There was evidence that Kmart employees are trained to look for and clean up any spills or other hazards and that every 15 to 30 minutes an employee usually walked by the aisle where the plaintiff slipped. But Kmart kept no written inspection records, and the manager testified that management would not have had any idea if the aisle where the accident occurred was inspected at any time during the day. (Ortega, supra, 26 Cal.4th at p. 1204.) The Supreme Court affirmed a jury verdict in the plaintiff’s favor, concluding that evidence an inspection had not been made within a particular period of time prior to an accident may warrant an inference that the defective condition existed long enough so that a person exercising reasonable care would have discovered it. (Id. at p. 1210, citing Bridgman v. Safeway Stores, Inc. (1960) 53 Cal.2d 443, 447 (Bridgman).)

Not to name drop due to protective orders, but there are quite a few big name retail stores that maintain policies that require their employees to inspect the floor regularly and frequently; to be on a constant look out for dangerous conditions; or have employees whose only job duty is to sweep the store their entire shift. (These store sweepers must have some amazing Fitbit Badges and Trophies). However, these stores do not maintain any records of such safety inspections.

I also encourage you to depose the declarants of the self-serving declarations that may be attached to the MSJs. They usually state that they were on a continuous inspection throughout their shift or they recall (like it was yesterday) looking in the direction of an aisle while they walked by it and seeing nothing on the floor. Remind them that they are under the penalty of perjury before questioning their acts or omissions some two years prior. I deposed a store sweeper who testified the opposite of what was stated in his sworn declaration. MSJ denied.

In another case, my client slipped on water in the beverage aisle. The grocery store had a similar inspection procedure as stated above. Again, evidence that there was an inspection system and that an inspection took place does not necessarily show a landowner has met its duties. Rather, the reasonableness of the inspection system is a question left to the trier of fact. (Hatfield, supra, 18 Cal.2d at p. 807.) The Court ruled that a reasonable trier of fact could conclude that the exercise of ordinary care would require more frequent inspections of an aisle containing liquids. Therefore, the defendant had not met its initial burden of showing there were not triable issues of fact. It was for a trier of fact to determine whether the inspection system constituted reasonable care.

When the initial burden is not met

If a defendant did not meet its initial burden, then the plaintiff will not be obligated to present any controverting evidence. (Consumer Cause, Inc. v. SmileCare (2001) 91 Cal.App.4th 454, 468 [“There is no obligation on the opposing party . . . to establish anything by affidavit unless and until the moving party has by affidavit stated facts establishing every element . . . necessary to sustain a judgment in his favor.”].) Triable issues of fact will remain as to whether a defendant had actual or constructive notice regarding the allegedly dangerous condition and summary judgment would be denied.

A successful case depends on the evidence. Thorough preparation through written discovery, depositions and site inspections are a must in defeating an MSJ, but more important is knowing the case law and finding a case with similar facts as your clients. 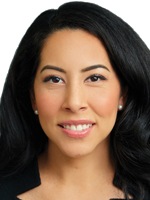