Win or lose, after a jury trial there is immediate work to be done to prepare for the new-trial motion and a possible appeal. Specifically, consider juror declarations: whether you need them, how best to get them, and how to maximize their chance of being admitted.

The importance of juror declarations is hard to overstate. It is always more powerful for the judge to hear directly from the jurors about confusion over an erroneous instruction or improperly admitted evidence rather than to hear a lawyer make the same claim (“it was prejudicial because it confused the jury”).

Juror declarations are important in the following five ways.

First, if the jury went against your client, you want to show the trial judge and the Court of Appeal why the jury went awry. Three fertile areas for juror declarations are: (1) juror misconduct (“let’s each write down a number for damages and then just take the average and use that for our verdict”); (2) juror bias (“I would never vote for plaintiff because she is” or “I know the defendant is…”); and (3) the prejudicial effect of errors against your client during trial (e.g., the length of time the jury spent discussing an erroneous jury instruction or an erroneously admitted piece of evidence).

Second, if an appeal is possible, submitting juror declarations in the trial court will give the appellate court vital information it needs to properly adjudicate the case. And, because you never know what you will discover, it is a good practice to have discussions with the jury while the trial is still fresh in everyone’s minds and while their declarations can still be admitted into evidence (whereas on appeal no new evidence can be admitted).

Fourth, if you win, juror declarations can assure the Court of Appeal that nothing went wrong with the trial, and that it should affirm the jury’s correct verdict. For example, one declaration in support of new trial was effectively countered by eight juror declarations opposing new trial in Barboni v. Tuomi, (2012) 210 Cal.App.4th 340 (affirming denial of new trial).

Fifth, even if the trial judge rules that the juror declarations are inadmissible, they may still be helpful on appeal. The Court of Appeal is only able to evaluate the case on paper and never gets to see or hear the evidence that the jury sees and hears. Thus, even inadmissible declarations can be yet one more unofficial validator, allowing the court to hear directly from the jury on the impact of the errors, irregularities, or misconduct that you may raise on appeal.

How to obtain admissible juror declarations

Many experienced lawyers do not obtain juror declarations for fear they will be “inadmissible.” This is misguided for two reasons.

For example, your undersigned (along with trial counsel Mary Alexander and Jennifer Fiore) argued in Guernsey v. City of Salinas, (2018) 30 Cal.App.5th 269, that five juror declarations showed the prejudicial effect of an erroneous jury instruction. Although the juror declarations were held inadmissible, the Court of Appeal did reverse the defense jury verdict that was triggered by the erroneous instruction.

Similarly, a juror declaration addressed the prejudicial effect of erroneously excluding evidence in Pantoja v. Anton, (2011) 198 Cal.App.4th 87. In Pantoja, a juror declared that it “would have greatly helped us to find for Ms. Pantoja if the jury had heard evidence that Mr. Anton had sexually harassed others besides Pantoja.” Pantoja did not address the juror declaration but did hold that the exclusionary ruling was erroneous and reversed the defense verdict.

Admissible juror declarations proving juror misconduct may show that jurors were pressured to agree to a chance verdict (Chronakis v. Windsor (1993) 14 Cal.App.4th 1058), or that jurors improperly added plaintiff’s attorney fees to the verdict (Krouse v. Graham (1977) 19 Cal.3d 59), or that a juror in a medical-malpractice case concealed that he was a doctor (Clemens v. Regents of Univ. of Cal. (1970) 8 Cal.App.3d 1), or that a juror contradicted plaintiff’s testimony with a report of his own low-back pain. (Smith v. Covell (1980) 100 Cal.App.3d 947.)

A juror declaration reporting that one juror stated, “I made up my mind already. I’m not going to listen to the rest of the stupid argument” was admissible to show the juror’s bias and prejudgment of the case. (Grobeson v. City of Los Angeles (2010) 190 Cal.App.4th 778, 784.)

Juror declarations proving juror bias may also show that jurors improperly considered the race of the plaintiff and the financial consequence to jurors of rendering a verdict against the defendant. (Weathers v. Kaiser Found. Hosps. (1971) 5 Cal.3d 98, 105.)

Declarations on an error’s prejudicial effect

Finally, juror declarations may be admissible to show the prejudicial effect of an error, such as an erroneous jury instruction.

For example, in Harb v. City of Bakersfield (2015) 233 Cal.App.4th 606, 623-624, Jeff Ehrlich (appearing with trial counsel Steve Nichols) successfully argued that juror declarations saying that the jury spent time discussing an erroneous jury instruction were admissible. Harb reversed a defense jury verdict that rested on an erroneous jury instruction, deeming admissible juror declarations stating that “jurors discussed the police immunity instruction” and “verbally agreed” that an instruction “did not permit us to find negligence on the part of defendants.” (Ibid.)

As Ehrlich explained in Harb’s Opening Brief, declarations “that say the jury spent time discussing the police-immunity instruction” are “admissible because, although it is related to the jurors’ thought process, it is nonetheless based on external, verifiable conduct and statements rather than a juror’s internal thoughts left unexpressed until a motion for new trial.” (Appellant’s Opening Brief, p. 20 (citing People v. Engstrom (2011) 201 Cal.App.4th 174, 184).)

Juror declarations should be drafted with two guidelines in mind:

(1) Comply with Evidence Code section 1150, which requires that juror declarations be limited to “statements made, or conduct, conditions, or events occurring, either within or without the jury room.” Refrain from stating “the effect of such statement, conduct, condition, or event upon a juror either in influencing him to assent to or dissent from the verdict or concerning the mental processes by which it was determined.”

(2) All declarations should be structured in short paragraphs to make it easy for a court to exclude certain parts while admitting others. Remind the court to consider the admissibility of the declaration in parts, so as not to strike the whole declaration where only one part is inadmissible. (Lankster v. Alpha Beta Co. (1993) 15 Cal.App.4th 678, 681 fn. 1.)

In sum, juror declarations can be a powerful tool for supporting or overturning verdicts by allowing trial judges and appellate courts to hear directly from the trier of fact about errors that occurred at trial and whether those errors were prejudicial. 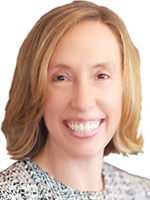 Valerie McGinty is a certified appellate specialist who represents plaintiffs exclusively. Valerie was Consumer Attorneys of California’s 2016 Marvin E. Lewis recipient. In 2014, she received CAOC’s Street Fighter of the Year award for her work as lead appellate counsel in Young v. Horizon West, (2013) 220 Cal.App.4th 1122. Valerie is a Super Lawyer and is rated AV Preeminent by Martindale Hubbell. Email her at valerie@plaintiffsappeals.com.