The accumulated wisdom of remote argument in the appellate courts

As the pandemic wears on, it looks likely that remote argument will be here to stay, at least as more of an option than was available prior to the pandemic. The Ninth Circuit recently sent out a survey asking under what circumstances attorneys would want to come back in-person and if remote argument should continue to be an option in the future. An interesting line of questioning on the survey involved whether attorneys should be able to opt for remote if opposing counsel was willing to argue in-person and the likelihood of making such a choice. (See Q & A: Buchalter’s Appellate Chair Says Virtual Arguments Can Be ‘Fun’, The Recorder (Oct. 18, 2021), https://www.law.com/therecorder/2021/10/18/q-a-buchalters-appellate-chair-says-virtual-arguments-can-be-fun; see also Cracaft, Remote Argument Survey Highlights Positives and Negatives of Streaming During Pandemic, Ninth Circuit Public Information Office (Nov. 23, 2020), https://www.ca9.uscourts.gov/ninth-circuit-news/remote-argument-survey-highlights-positives-and-negatives-of-streaming-during-pandemic [first iteration of the survey].)

As to California, despite the appearance of telephonic arguments at the beginning of the pandemic in 2020, all the California Courts of Appeal long ago adopted video argument. For some of us, video argument is old hat, but for those of you who do not have more than one or two oral arguments a year, it is a good time to discuss the differences in argument that are useful to keep in mind when going before the camera.

In this article, I use the admittedly awkward word “jurists” to take the place of justices in the California system and judges in the federal system. I also consciously avoid speaking about argument in the United States Supreme Court because it is not relevant to most of us.

The telephonic arguments that were the initial response to COVID-19 in the California Courts of Appeal are a good starting place to understand the challenges in video argument. In many ways, telephonic argument is easier because it does not have the distraction of unnatural video and can allow focus on the argument, but see Bergeron, COVID-19, Zoom, and Appellate Oral Argument: Is the Future Virtual? (2021) 21 J. App. Prac. & Process 200-201 for a different perspective (Judge Bergeron is an appellate judge in Ohio). Yet some attorneys (and jurists) even prefer video to in-person. (Id. at p. 196.)

My first experience with remote video argument was well over a decade ago with the Ventura-based Division 6 of the Second Appellate District which has long allowed remote argument via a video connection to the Ronald Reagan Building in Downtown Los Angeles, where its sister divisions are located. Attorneys would do well to mimic the setup there: a podium in a conference room situated in front of a larger panel flat screen monitor. This setup is the closest an attorney can get to in-person argument, making argument feel more natural and avoiding many of the unconscious anxieties present in video argument.

When we are not able to have the ideal setup, it is at least incumbent on us to realize that remote argument is more physically and mentally taxing than in-person and that our goal is to minimize that stress. (See McGaughey, Remote Oral Arguments in the Age of Coronavirus: A Blip on the Screen or a Permanent Fixture? (2021) 21 J. App. Prac. & Process 182 [taxing on judges].) Assume that both you and the Court will have less focus and be less attentive than usual. Video argument should ideally be simpler and shorter than in-person because of the difficulty listeners have in focusing for long periods of time. For appellate attorneys especially, we have been trained to lean into the difference between appellate argument and trial argument. Professional and persuasive argument with moderate tones have always been favored over the passionate arguments of the trial attorney. However, with remote argument, we could all benefit from borrowing a little of that intensity from our trial court peers and kick it up a notch as we tend to appear even “flatter” on remote viewing. The goal is to retain the conversational tone even in the new format. (See McGaughey, at pp. 180, 182-184 [in reaching this difficult balance, kicking it up a notch should still not veer into the “dramatic”].)

My own experience in obtaining a reversal on appeal via telephone (in the Fourth District) found striking a conversational tone was easier than in video because of the lack of formality. (See People v. Rivera (Apr. 30, 2020, No. B295700) 2020 Cal. App. Unpub. LEXIS 2687.) However, I was able to do the same for a later video argument (in the First District) by explicitly acknowledging the awkwardness of argument with the justices and breaking the ice, making it easier to explain my position. (See People v. Santos (Apr. 26, 2021, No. A159133) 2021 Cal. App. Unpub. LEXIS 2700.)

Some appellate courts have kept the jurists in individual frames while others use in-court shots of the jurists on the bench. They each have their own challenges. It is very difficult to read body language and facial expressions from the distance used with the in-court cameras, however you avoid the stress of being constantly “on” and seeing the jurists closer than in the past. “Video chats have also been shown to inhibit trust because we can’t look one another in the eye.” (Murphy, Kathy, Why Zoom Is Terrible, The New York Times, Apr. 29, 2020.) As a result, to regain a more natural feeling, turn off or even cover up your own image and choose a more distant viewing angle for the jurists to see you (i.e., waist-up rather than “talking head”). Avoid headphones. And do your best to set up the camera so that you are looking at it while looking at the screen, but always prioritize the camera over the jurists’ faces to give the impression of eye contact for the bench.

It is all the preceding reasons that behoove us to follow indications from the bench that in video argument there is more of a focus on the jurists’ questions and our answers rather than the opening statements we are used to starting with (at least for the appellants). (See, e.g., McGaughey, at p. 167, 183; Bergeron, at p. 206.)

And as much as we all joke about “business on top, party on the bottom,” do not try this at home. The editor of this publication, an appellate counsel, shared with me a recent video argument in which opposing counsel got up to retrieve a document without remembering that he needed to stay seated at pain of being discovered as pants-less. Boxers, not briefs, for the inquisitive. Which leads to my final piece of advice. Keep your video off as much as possible. This allows you to utilize your own printed materials or computer in a way you could never do in-person when preparing for rebuttal. (See, e.g., McGaughey, at p. 174 [attorney used search function on his laptop when video was off to find “obscure” reference in record].) I personally have the record and briefing on a second screen in addition to printed materials to take advantage of just that scenario.

But even more importantly, it helps to avoid embarrassing situations on camera. No matter how much the average advocate tries, she will still end up making inadvertent motions while listening to argument. (But see McGaughey, at p. 178 [for an advocate who believes he has the superhuman willpower to be “[o]n his ‘best behavior’”].) The Court does not want to watch you scratching your nose or worse. 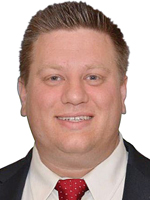