Can California’s imperial and imperious county sheriffs be reined in?

Once elected, they are often reelected until retirement, leading to abuse of office

Imagine a client has asked you for advice about this situation: The client has no control over a person or their actions yet is legally liable for the actions of that person and her/his subordinates. In addition, this person decides whether her/his subordinates will enforce laws and regulations that the client and the client’s superior have lawfully adopted. When your client adopts measures to oversee the actions for which it is legally liable, this person blithely ignores, and in some cases thwarts, those measures. Most lawyers would advise their client to end that relationship as soon as possible.

The hypothetical describes the status, and the behavior, of California’s county sheriffs. The state Constitution makes them elected officials. (California Constitution, Article XI, sections 1 (b) and 4 (c).) As elected officials, county sheriffs adopt hiring and personnel practices, law enforcement policies, and policies that govern County jails. County Boards of Supervisors have no input into any of these decisions. California Government Code section 25303 does provide that the Board of Supervisors “shall supervise the official conduct of all county officers...” So, a Board of Supervisors can, theoretically, exercise supervisorial power over a Sheriff through the appointment of an Inspector General. Los Angeles County and other California counties have attempted to provide oversight of Sheriffs via this mechanism.

“Imperial” is defined as “relating to, befitting, or suggestive of an empire or an emperor.” (Merriam–Webster online dictionary.) Once elected, county sheriffs become virtual emperors. While there is theoretical precedent suggesting sheriffs can be terminated, that theoretical power has not been tested. This is probably because the conditions prescribed for terminating a sheriff are daunting. The precedent suggests a Sheriff can be removed for flagrant neglect of duties, misappropriation of public property violation of a law related to the performance of the Sheriff’s duties or willfully falsifying an official document. Termination would require a 4/5 vote of the Board of Supervisors. (Penrod v. County of San Bernardino (2005) 126 Cal.App.4th 185.)

Time has shown that absent a scandal or a criminal investigation, county sheriffs are virtually assured of reelection. This phenomenon has been attributed to three factors: 1) Sheriffs’ elections draw relatively little media attention; 2) Sheriffs often run unopposed once elected; and 3) When Sheriffs are opposed, their opponents generally lack name recognition.

The imperious behavior of county sheriffs

Refused to comply with that subpoena after a judge issued an order that Villanueva appear and testify. He complied only after the judge threatened to hold him in contempt. (Judge drops contempt hearing after Villanueva agrees to attend oversight meeting, Alene Tchekmedyian, Los Angeles Times, December 24, 2020.)

Initiated a criminal investigation of the Office of the Inspector General after it obtained the personnel files of high-ranking Sheriff’s Department executives – a power the Supervisors explicitly granted to the Office. (LASD has “criminal investigation” into its own watchdog, Marc Brown, Lisa Bartley, KABC News LA, August 14, 2019.)

Rehired deputies who had been terminated for cause, including for fabricating evidence and domestic abuse. (Resolution of the Sheriff Oversight Commission, October 15, 2020, page 2.)

Initiated a criminal investigation of former County Chief Executive Sachai Hamai. Hamai was a member of the Board of Directors of the United Way. The United Way proposed that a percentage of the County’s overall budget be redirected to address the needs of residents in underserved communities. Hamai stepped down from the Board before the Supervisors considered the proposal, a fact known to the Sheriff’s Department. Villanueva initiated a criminal investigation of Hamai nonetheless. (L.A. District Attorney to review allegation that Villanueva made a false report, Alene Tchekmedyian, Los Angeles Times, October 6, 2020.)

Sheriff Villanueva’s imperious behavior is not unique. Sacramento County Sheriff Scott Jones locked Sacramento County Inspector General Rick Braziel out of the Sheriff’s Department, and out of his own office, after Braziel issued a critical analysis of a deputy-involved shooting. (Feud between Sacramento Sheriff and Inspector General started with a phone call, Sam Stanton, Molly Sullivan, The Sacramento Bee, December 14, 2018.) And five county sheriffs publicly announced they will not enforce the curfew enacted by Governor Newsom to control the spread of the coronavirus. (What in Tarnation is going on with Southern California Sheriffs and coronavirus?, Gustavo Arellano, Los Angeles Times, December 9, 2020.)

Can California county sheriffs be reined in?

The legislature took an important step in 2020 by enacting Assembly Bill 1185, which empowered counties to authorize Inspectors General to issue subpoenas for the purpose of oversight of county sheriffs and their departments. But, as illustrated by the actions of Sheriffs Villanueva and Jones, constitutional change is required to achieve true accountability and effective oversight.

Article XVIII section 1 of the California Constitution allows the Legislature to place a proposed constitutional amendment on the ballot upon a 2/3 vote of both houses. The proposed amendment is adopted if it is approved by a majority of the voters.

The Legislature should propose a constitutional amendment eliminating elected county sheriffs. The proposed amendment should implement a process for selecting county sheriffs similar to the procedure utilized by the City of Los Angeles to select its chief of police.

At one time Los Angeles had imperious and imperial Chiefs of Police. They too ignored the Mayor and City Council, decided who they would hire and how those officers would conduct themselves, and thumbed their noses at review by the Mayor, the City Council and the Civilian Review Board. After the Ramparts scandal the voters decided to make the chief of police responsive and accountable. The Los Angeles City Charter was amended to provide a detailed, open selection process. The Los Angeles City Personnel Department and the Board of Police Commissioners conduct an open search for a new Chief. Those entities refer three candidates, in ranked order, to the Mayor who then appoints a Chief, subject to confirmation by the City Council. If the Council affirms the appointment, the Chief is hired for a five-year term, and is eligible to apply for a second five-year term. If a Chief applies for a second term, the Board of Police Commissioners has discretion to respond positively or negatively to that application. The City Council may assert jurisdiction over the application for reappointment. Additional steps from that point can result in the Chief being appointed to serve a second five-year term or lead to the selection of a new Chief. Another important feature is that the chief of police serves “at the pleasure of the City,” and can be removed at any time. (Los Angeles City Charter, Article V, Section 575.)

The Legislature could propose a constitutional amendment that would adopt a modified version of the Los Angeles system for selecting a chief of police that would fit the County governance structure. The County Personnel Department and citizen review board, if applicable, along with the Inspector General, would conduct an open search for a sheriff. They would recommend three ranked candidates to the Board of Supervisors. From that group the Board of Supervisors would select a sheriff to serve one five-year term. At the end of that term the Sheriff could apply for a second term. The Inspector General and Personnel Department, along with the citizen review board if applicable, would review the Sheriff’s performance and application, and make a recommendation to the Board of Supervisors. The Board could approve the application or initiate a search for a new Sheriff. Like the Los Angeles Chief of Police, the Sheriff would serve at the pleasure of the County and could be replaced at any time.

This proposal has several features that will diversify the ranks of county sheriffs, improve their responsiveness to oversight, encourage accountability and enhance transparency. Sheriffs would be appointed by going through a rigorous and open search process. That open search process will enhance diversity, ensure suitability, and reduce the temptation to place excessive reliance on hiring internal candidates – who are often steeped in the current culture of the department. An appointed Sheriff will have to be responsive to, and respectful of, the Inspector General, the citizen review board, and the Board of Supervisors if s/he wishes to remain employed, and to secure a second term. The Sheriff’s need to seek reappointment should reduce the impulse to act as a law unto herself/himself. It should stifle the tendency to impede oversight by the Inspector General, since the Inspector General will be involved in reviewing the application for reappointment. And it is doubtful an appointed Sheriff will freely choose to ignore or defy the Inspector General, a civilian review board, or the Board of Supervisors, given their role in deciding whether that Sheriff will remain employed and receive a second term.

That accountability should deter a Sheriff from freely choosing to defy the Legislature and the Governor. And the limitation of service to ten years should result in the appointment of Sheriffs more open to addressing community concerns and to modernizing law enforcement policies and practices to account for changing demographics and evolving community needs and desires.

Will this proposal solve all the ills afflicting the system of elected county sheriffs? No. The City of Los Angeles still has serious problems with its system of policing. But as has been the case in the City of Los Angeles, such an amendment would provide a start toward correcting many of the most glaring defects of that system and begin to rein in California’s county sheriffs. 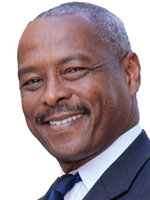