You can all but guarantee that the insurance company will argue that your client’s injuries predated the crash and will assign minimal value to the case as a result.

Don’t engage in the endless back and forth of arguing what degenerative disc disease really is or whether or not the time your client fell off their bike as a child is somehow linked to the injuries they’re now experiencing. Instead, use your time gathering evidence that tells a compelling story. A story that reveals a stark difference of your client’s life before and after the crash. A story that is straightforward and easy to understand. A story that shows the crash being the event that changed everything. A story that shows, regardless of a pre-existing injury, that the crash made your client worse off.

But to tell a complete and compelling story, you must know your client’s life before the crash, including their prior injuries.

Getting your client to reveal prior injuries

We know clients are reluctant to disclose prior injuries. They fear these injuries will weaken their case and they mistakenly believe that no one will ever find out about them. Yet, hiding earlier injuries is one of the surest ways to ruin a case. The defense will uncover what your client has hidden from you, so it’s vital that we get this information as soon as possible.

So, in the beginning be very direct with your client. Let them know you’re on their side and that the insurance company has ways of finding out about prior claims and injuries. Explain to them the law does not require them to be in perfect health or free of prior injuries to recover damages. Instead, the law recognizes that people get hurt throughout life and most people are not in perfect health at the time of a crash.

Rather, the rule is that, even when someone’s earlier injury was symptomatic around the time of the crash, if that injury was made worse by the defendant’s negligent conduct, they are entitled to be fairly compensated for their worsened condition. Tell them the law also recognizes some people are more prone to injury (the “eggshell plaintiff”) and that these people must also be fairly compensated for the injuries caused by the defendant’s negligent conduct. Let your client know about the story you plan to tell and that you can’t tell it convincingly without the information they provide you.

Many of us have learned the hard way that we can’t always rely on our client to provide us with this critical information, especially during the first conversation. They may withhold this information unintentionally by forgetting about prior injuries and claims. Intentional or not, you must do your own investigation. As part of your investigation, you should run a claims search, obtain and review past medical records, and talk to their friends and family. Most importantly, you must spend plenty of time with your client. Learn more about them by meeting with them in person and not just at your office. Take them to lunch. Spend time with them at their home. Ask a lot of questions and follow-up questions to get more detail.

Find out who their doctors are and the last time they received medical treatment for any reason. Ask questions about their health right before the crash and how they’re doing now. Were they active before? If yes, what things were they able to do that are now limited or they can no longer do? If they weren’t active before, ask if it was because of a physical or mental condition?

Ask about prior claims for Social Security disability, workers’ compensation or any claims for prior injuries. Have they had surgery before? What medications are they on? Have them give you details about the pain they’re experiencing. How frequent and severe is it? Ask them how they cope with the pain. Was the same type of pain present before the crash? If so, is it worse now? Have them describe an average day and compare it to an average day before the crash. Find out how they’re doing mentally. How was their mental health before? Are they more depressed since the crash? Who are the people that would best recognize the differences in their life before and after? These answers, along with medical evidence provide necessary facts for the story.

Using the medical history to tell the “before and after” story

Information from your client’s medical records can be invaluable in showing no symptomatic injuries were present around the time of the crash. The insurance company wants everything to be pre-existing so they don’t have to pay for the injuries caused by the defendant’s negligent conduct. On a basic level, they’re saying the pain, treatment and hardships your client experienced would have occurred even without the crash.

Let’s say you have a case where the prior medical records aren’t as appealing. Say your client was involved in a separate car crash three months earlier and had a symptomatic back injury that they were still treating for at the time of the most recent crash. The prior medical records reveal your client was going to the chiropractor twice a week and prescribed pain medication for occasional flare-ups. Better yet, your client was on the way to the chiropractor when the defendant rear-ended them. On the face, these aren’t great facts for your client’s case for damages to the same lower back that they’d been treating for.

But because of the new crash, your client was unable to continue seeing the chiropractor because the pain was unbearable when the chiropractor attempted to work on her. She tried pain management, where that doctor prescribed stronger pain medication she had to take multiple times a day. Your client then got a series of epidural injections, which she never considered when treating for the first crash. Finally, after all other conservative treatment failed to adequately address her pain, your client had that dreaded back surgery. This case isn’t as hopeless as it originally seemed.

The story here is still simple. Use the information you gathered speaking to your clients and their loved ones, along with information from the medical records to paint the before and after picture. Although the injury to your client’s back was symptomatic and being treated, the most recent crash changed everything. Before, she was pleasant to be around and full of energy. She started each day with a morning walk and then went to work, the same company she’d been with for 22 years. Her treatment before was predictable and the pain was manageable.

After the crash, family members talked about how easily irritable she became. The morning walks stopped happening. She tried to go back to work but only lasted a few weeks because the pain became unbearable, and the pain medication made her loopy. She experienced depression as a result of not having a job and always being in pain. She became isolated and only left the house for medical treatment. The frequency and types of treatment received after the crash also increased. The pain became more severe, which required stronger pain medication, pain injections and eventually surgery.

Obviously, this story is overly simplistic. But the point is that, even when faced with less-than-ideal circumstances, the information you receive from your client’s medical records, along with talking to the client’s family, highlights the major differences in their life before and after the crash. The pre-existing injury is no longer detrimental to the case. You can now apply the facts from your story to the jury instructions and receive fair compensation for your client’s injuries.

Other evidence to consider using for the story:

Work records (Was your client given restrictions after the crash that weren’t present before? Are they missing work often?)

School records (Did their grades drop after the crash? Did they require additional help from tutors? Did they get in trouble more?)

Did your client experience extreme weight gain or loss?

Did your client’s behavior become more erratic after the crash?

Jury instructions to rely on for preexisting conditions

Remember, the art of telling a compelling story is crucial in any case. It’s easy to forget this when dealing with insurance companies and the distractions they throw at us on a daily basis. They usually win when the case is complicated and filled with irrelevant information. When you notice your case is headed in this direction, pause, and ask yourself — what’s this case really about and how can I tell the story as simply as possible? This answer should get you back on track and help you determine the evidence you need to complete the story. 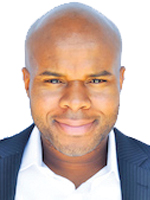 Ese Omofoma is the founder of The Omofoma Law Firm in Los Angeles. His practice focuses on personal-injury and wrongful-death cases, often arising out of vehicle accidents.