Addressing judicial bias in the courts

denial of a pregnant attorney’s request for due date calendar accommodation, advising counsel it would be best to permit a male peer to take first chair as having a baby can interfere with litigation;

black attorney is asked by court to provide his or her bar card and picture identification at court appearance;

judge asks plaintiff’s counsel during case-management conference on a sexual-harassment case, “Is this another one of those ‘me too’ cases females like so much these days?”;

hearing scheduled by opposing counsel on a Jewish high holiday, judge refuses request to reschedule; and,

As justice providers, our relationship with the court, as an advocate for our client, is a well-choreographed dance. This dance can become a minefield of predictable concerns when an attorney experiences judicial bias.

A judicial officer swears an oath to protect and defend the Constitution as well as, starting this year, is required to participate in mandatory judicial anti-bias and harassment prevention training. On June 8, 2020, Chief Justice Tani G. Canl-Sakauye stated, “We must continue to remove barriers to access and fairness, to address conscious and unconscious bias – and yes, racism.” (See California Chief Justice Speaks out on Addressing Racism and Bias https://newsroom.courts.ca.gov/news/california-chief-justice-speaks-out-addressing-racism-and-bias.) Even so, and even to this day, these barriers remain, in the courtroom as well as in the court’s complaint procedure concerning bias by a judicial officer.

Complaints to the CJP

An attorney can make a complaint to the Commission on Judicial Performance (“CJP”) of judicial bias. The CJP is an independent state agency responsible for investigating complaints of judicial misconduct and judicial incapacity and for disciplining judges, pursuant to article VI, section 18 of the California Constitution. Its jurisdiction includes all active California judges as well as certain former judges. Any individual or group may file a complaint including litigants, attorneys, jurors, court-watchers, court personnel, prisoners, court administrators, members of the public, judges, and legislators. Complaints may be filed and based on matters learnt of such as from news articles or from information received in the course of a commission investigation. How to file a complaint with CJP is explained in detail along with a sample complaint form and the CJP complaint procedure on their website. (See Filing a Complaint, http://cjp.ca.gov/file_a_complaint/.)

Complaints to the CJP and their investigations are confidential. If the CJP orders a formal proceeding into a complaint, the matter and related documents are available for public inspection. Should a judicial officer be subjected to disciplinary action, advisory letter, private or public admonishment, public censure, or removal from office/involuntary retirement, a judge may petition the Supreme Court to review the discipline taken, other than private admonishment. There does not appear to be a process for the complaining party to appeal the closure of their complaint.

In 2019, the CJP had 1,856 judgeships within their jurisdiction and an additional 288 commissioners and referees. In 2019, the CJP considered 1,241 new complaints which named 1,465 judges, a total of 895 different judges. Of said complaints, 1,129 were closed by the Commission, and another 55 were closed following staff inquiries, all with no finding of wrongdoing. In total, within 2019, the Commission publicly censured only two judges, imposed four public admonishments, issued five private admonishments and thirteen advisory letters. Only one judge was disciplined in 2019 for engaging in bias or appearance of bias toward a particular class. Further, only four percent of the complaints originated from an attorney, one percent from a judge or court staff, and one percent from another source such as anonymous letter or news report. (See 2019 Case Statistics, http://cjp.ca.gov/case_statistics/).

CJP complaint statistics for 2020 have not yet been released; however, data available confirms that one public censure, four public admonishments, and one order of removal were issued in 2020. The censure and two of the admonishments involved misconduct for the appearance of bias, and the order of removal included claims of harassment upon seven women. (See CJP Pending Cases, http://cjp.ca.gov/pending_case/)

A 10-year summary of CJP complaint activity confirms similar patterns wherein nearly all complaints made to the commission were closed prior to investigation with no finding of wrongdoing, and an extremely small number of advisory letters, private or public admonishments, public censure or removal were issued each year, with no such discipline being issued in some years. (See State of California Commission on Judicial Performance, Summary of Discipline Statistics, 1990-1999, http://cjp.ca.gov/wp-content/uploads/sites/40/2016/08/Statistical_study_1990-1990.pdf). Based on such remarkably dismal statistics, it is understandable why many attorneys who experience judicial bias in the courtroom may be reluctant to make a complaint within the CJP process. In addition, many lawyers are simply not even aware of the CJP.

Recognizing the seriousness of the problem, over 30 years ago, the court established local bias committees to address education and complaints. In 1987, a Judicial Council Advisory Committee on Gender Bias in the Courts was appointed by former Chief Justice Rose Elisabeth Bird and thereafter members were added by Chief Justice Malcolm M. Lucas. In 1990, the Advisory Committee submitted a comprehensive report with 68 recommendations which were adopted including the establishment of local court bias committees. As a result, the local bench/bar communities devoted time to creating bias committees. A Local Bias Committees Workshop was held on October 2, 1992, which was a joint venture between the Judicial Council and the State Bar, wherein there were approximately 10 local bias committees as of said time. A formal report concerning local court bias committees was issued by the Judicial Council in 1996, wherein Standards of Judicial Administration, were renumbered in California Rules of Court, rule 10.20.

California Rules of Court, rule 10.20 – Court’s duty to prohibit bias – specifically notes that each court must create a “local committee on bias,” details that each court has a duty to ensure fairness in court proceedings, to refrain from engaging in bias and ensure unbiased decisions. (CRC 10.20(a).) Further, said Rule requires that “each court should establish a local committee” on bias. (CRC 10.20(b)(1).) Moreover, the Rule mandates twelve (12) specific process for handling complaint procedures, within the required established local bias committee. CRC(c). Finally, of significance, the Rule requires that the existence of the local committee, as set forth within the rule including, its purpose and features “should be memorialized in the local rules of court.” (CRC(d).)

There were a good many California Superior Courts who had language as to bias in their local rules, however these courts were not expressly in compliance with CRC 10.20’s required language, including did not have a local bench/bar bias committee. (See for example, Superior Court of Alameda County, Chapter 2, Policies, Rule 2.0, Policy Against Bias at page 16, amended effective January 1, 2008.) Further, 31 Superior Courts had no reference to bias in their local rules of court. Thus, the alternative to the CJP complaint procedure in the local rules, established over 30 years ago and confided many years prior, is disturbingly absent from a substantial number of the local rules of court throughout the state, despite the need and the required language in the CRC.

An attorney who is confronted with judicial bias has truly understandable concerns when reviewing complaints procedure options, making an already extremely difficult matter seemingly impossible. Inspiration is found in the words of the late great Congressman John Lewis, “When you see something that is not right, not fair, not just, you have a moral obligation to do something, to say something, and not be quiet.” (See Rep. John Lewis Urges Young People to Stand Up to Injustice, The Wall Street Journal, January 16, 2017).

After this issue received statewide attention, action began to take hold. Multiple Superior Courts took steps to implement or update their local rules and bias committees. For example, on July 31, 2020, San Bernardino Superior Court launched a new committee to eliminate bias in the courtroom, noting that the committee would be created in accordance with CRC 10.20, will collaborate with local bar associations to sponsor and support educational programs designed to eliminate bias, develop and maintain an information procedure for receiving complaints relating to bias in the courtroom. (See Press Release, San Bernardino Superior Court Launches New Committee to Eliminate Bias in the Courtroom, July 31, 2020, http://www.sb-court.org/sites/default/files/News%20Notices/SBSCLaunchesNewCommitteeToEliminateBias.pdf).

The Work Group launched a webpage on or about January 19, 2021 but there was no press coverage to attract public attention. (See http://www.courts.ca.gov/biasworkgroup.htm). The webpage has three separate tabs: About – describes the Work Group; Members – identifies the members of the Work Group and Judicial Council staff contacts for the committee; and, Comment – briefly discusses comments. (Editors note: Comment tab was removed as of Feb. 26, 2021.) The Work Group created an email inbox at This email address is being protected from spambots. You need JavaScript enabled to view it. to provide early comments to the Work Group as it considers its directives. The email inbox was active only from launch of the webpage until February 12, 2021, three weeks. To encourage full and frank comments, the Work Group intends the following for the early email comments: (1) while the names of commenters will be considered public, the names of any individuals included in the text of the comments will be redacted and not considered public; and (2) the comments will be used to assist the work group in making policy recommendations. Once the Work Group has developed specific recommendations to improve existing Standard of Judicial Administration 10.20, the Work Group will circulate those recommendations for public comment before they are presented to the Chief Justice and Judicial Council.

The Work Group expects to make recommendations to the Chief Justice and the Judicial Council in the fall of 2021. This is an extremely expedited calendar for a highly complex matter which impacts the nearly 190,000 active attorneys in California. Therefore, transparency is crucial, and urgent action is necessary. Where does this take us?

Call to action – say something

As advocates, you now have an opportunity to say something:

First, review your local rules of court for a bias committee in accordance with CRC 10.20; if it does not exist, help make sure it does (happy to help!); and,

If the early comment email inbox is still active, provide comment on behalf of yourself and your organizations;

If the Work Group has reached the draft recommendations stage, provide input in relation thereto within the public comment procedures, before the Work Group makes its presentation to the Chief Justice and the Judicial Council; and,

As advocates for ourselves and for our clients, as justice providers, we demand a courtroom and proceeding free of bias as well as a fair procedure in which to present a complaint should one experience bias, and a fair, transparent evaluation of the complaint process, wherein our voices are heard and incorporated. We are not seeking a seat at the table; we seek to help create the table. As difficult as it may be to disrupt the dance between attorney and judge, we have to be willing to speak out about injustice, to say something. 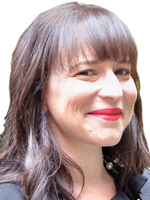 Beth W. Mora, Esq. is a founder of Mora Employment Law in San Ramon, and represents employees in workplace disputes. She is CELA Northern California Co-Chair of the Committee on Bias in the Judiciary. Ms. Mora graduated from Golden Gate University School of Law.