Paraprofessionals to provide “access to justice,” but for whom?

Insurers and other large corporations are funding this effort nationwide, with a plan to crush the lawyers who oppose their interests

“Paraprofessionals” providing “access to justice” sounds good (who’s not in favor of increasing access to justice?) until we realize who is behind the nationwide “paraprofessional” movement: State Farm, Dish, Exxon and the most powerful tort reform lobbying group in the country, Institute for Legal Reform (“ILR”), are funding the nationwide movement for states to allow paraprofessional and non-lawyer ownership of law firms (https://iaals.du.edu/partners). The funding is funneled through and academic research conducted by the progressive sounding University of Denver-based Institute for Advancement of American Legal System (“IAALS”).

You have to give the tort reformers credit. Once it was clear that “greedy trial lawyer” messaging would not prevent fair verdicts in cases, their next genius idea was a straightforward hostile takeover of the plaintiff-side consumer and employment law business. But of course, they couldn’t couch it in those terms.

After undoubtedly extensive focus-groups, we now have a nationwide movement to license “paraprofessionals who will increase access to justice,” with IAALS providing the purported independent academic research to justify the alleged altruistic movement. But make no mistake, the paraprofessional access to justice movement is the Trojan Horse that holds in its belly the true purpose – non-lawyer corporate ownership of law firms.

If the paraprofessional program is adopted, it will spell the beginning of the end of the truly adversarial civil justice system in California. That’s because insurance companies and corporate employers can easily own both sides of the “v,” through shell companies, parents and subsidiaries. Once State Farm, for example, owns plaintiff law firms in addition to the defense firms it already owns, State Farm can set the price of justice for injured victims through setting corporate policy in its plaintiff firms. When Google Law begins advertising for plaintiffs’ cases and prioritizes its own law firms in internet search results, no plaintiff firm, regardless of how large, well-funded, or well-reputed, will compete effectively. This is especially true when we realize that the corporate invader plaintiff firms will set artificially low, below-market pricing on contingency fees and will sustain operating losses in order to take over the business.

The consumer can be tricked into thinking, “Why hire a top plaintiff’s firm at 33%, 40%, or more, when I can hire the excellent lawyers employed by Google Law at a much lower price (at least until paraprofessionals or artificial intelligence can do the work)?” After driving contingency fees down to 20% (see the fee cap initiatives just filed in California) or 15%, and running plaintiffs’ lawyers out of business and into corporate law firms, as with Uber pricing, the corporate law firms will begin raising their rates (see current Uber pricing). Perhaps now the real objective is clear.

It will take a few years for fair compensation for victims to be driven to its rock-bottom and for the market to drive out lawyers who fight because the cause is just. But let’s be clear, there will be no way to afford for us to continue the business models we currently have in place. And in just a few short years, better than just lowering verdicts, tort reformers will have achieved the total destruction of Troy.

With that real purpose behind the paraprofessional licensure in mind, let’s review some key takeaways in the State Bar’s Paraprofessional Program Working Group’s (“PPWG”) Report https://board.calbar.ca.gov/docs/agendaItem/Public/agendaitem1000028069.pdf, which is out for public comment until January 12, 2022 (https://fs22.formsite.com/sbcta/jkzblts9fd/index.html).

What is a paraprofessional?

How can this happen, you might ask? The California Supreme Court and State Bar view themselves as the licensing authorities for legal services in California and their staff assert that those entities can add the paraprofessional licensure. They acknowledge that the additional paraprofessional licensure and associated Rules of Professional Conduct will have to be approved by the Supreme Court and the Business and Professions Code changes will have to be approved by the legislature.

What training will the paraprofessional be required to have?

As proposed, the paraprofessional must have graduated from an accredited or registered law school, be a qualified paralegal pursuant to Business and Professions Code section 6450, subdivision (c), or be a legal document assistant pursuant to Business and Professions Code section 6402.1, subdivision (b). Their practical training must include 1,000 hours over a minimum of six months, with 500 hours in the practice area in which they will be licensed. Experience working as a paralegal or in a law school clinic may meet this requirement. There is also a requirement for training in the subject matter areas in which the paraprofessional will specialize. There will be subject matter-specific testing and a Professional Responsibility Exam modeled after the attorney exam. The moral character requirements will mirror attorney requirements, including fingerprinting and a background check. Mercifully, the proposed program suggests excluding disbarred lawyers or those who have resigned with charges pending.

In what areas of the law will paraprofessionals be allowed to practice?

Can paraprofessionals practice in court?

The default position adopted by the PPWG is that paraprofessionals can provide full in-court representation, except in jury trials, and except as shown in the following chart (See table):

Are there other requirements for paraprofessionals?

The summary of the additional requirements, like posting a bond, MCLE, and other requirements as well as the proposed disciplinary structure can be found here: https://www.calbar.ca.gov/Portals/0/documents/publicComment/2021/Appendix-A-CPPWG-Recommendations.pdf.

If approved, will the paraprofessional program roll out statewide?

No. The proposed program has a phased implementation beginning with Family, Children, and Custody, Housing, and Collateral Criminal subject matter areas first in certain Northern, Central, and Southern California counties.

What about paraprofessionals owning law firms?

At the same time, the Sandbox Committee is setting up a structure that would allow non-lawyers to own law firms and practice law. The Sandbox Committee claims that the Sandbox regulatory structure will be “just an experiment” for five to seven years. But the big picture makes clear that the erosion of the prohibition on sharing fees with non-lawyers seeks to fundamentally alter the practice of law in California, just a bit and maybe temporarily at first, but altogether and permanently in the near-term.

Is the paraprofessional program pre-destined to be approved by the State Bar and Supreme Court? What about the legislature?

In 2019, the State Bar ignored over 3,000 public comments against the proposed programs and plowed ahead with constructing a paraprofessional program and a regulatory sandbox for non-lawyer ownership of law firms. From March 2020 through September 2021 the PPWG held 143 meetings to create the structure of the paraprofessional program. At its September 2021 meeting, the State Bar Board of Trustees voted to put the PPWG Report out for public comment. But the Board of Trustees and the Supreme Court approval are not a lock; if they continue to get public and legislative push back, these efforts will fail.

If you are opposed to the paraprofessional program, it is imperative that you register your comments as soon as possible at this link – https://fs22.formsite.com/sbcta/jkzblts9fd/index.html. It is also imperative that you tell every person you know to register their opposition as well and that you answer the call by CAALA, CAOC, and other organizations to oppose the program.

What is the Sandbox Committee?

The effort to roll the Trojan Horse of non-lawyer law firm ownership into California can be stopped. But it will take each of us pushing back against the injustice of corporate ownership and the proposed lower tier of paraprofessional legal services for the next year-and-a-half, at least, to accomplish that goal. We do have the power to stop the advancing Spartan army – together, we can defend and retain justice for the people of California.

Genie Harrison is the principal of the Genie Harrison Law Firm, where she focuses on plaintiff’s employment, civil rights and wage and hour matters. Ms. Harrison is one of only two women in the state of California named by the Daily Journal as a Top Labor & Employment Lawyer for five years in a row. She has been recognized by Best Lawyers in America for Plaintiff’s Employment Litigation and been named by the Daily Journal as one of the Top 100 and Top 75 Women Litigators in California. In 2014 she was elected as a Fellow of the College of Labor & Employment Lawyers. In 2013 Ms. Harrison received CAALA’s Presidential Award. 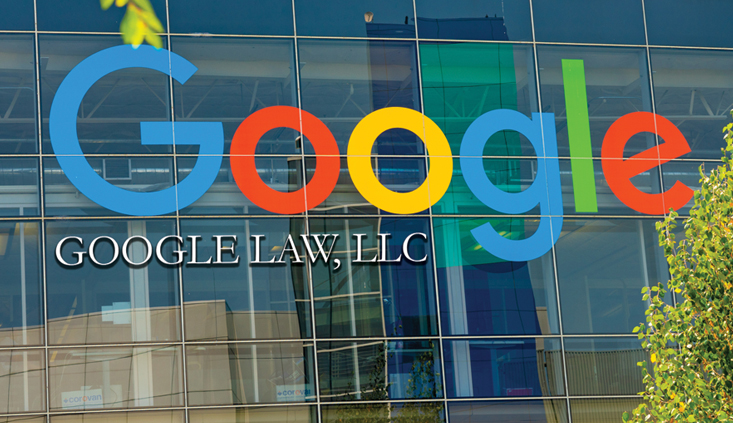 While today there is no “Google Law, LLC” (the photo has been altered), the author examines why such a firm could emerge from the changes to law-firm ownership being advanced by the State Bar of California, and what that could mean to consumer attorneys. 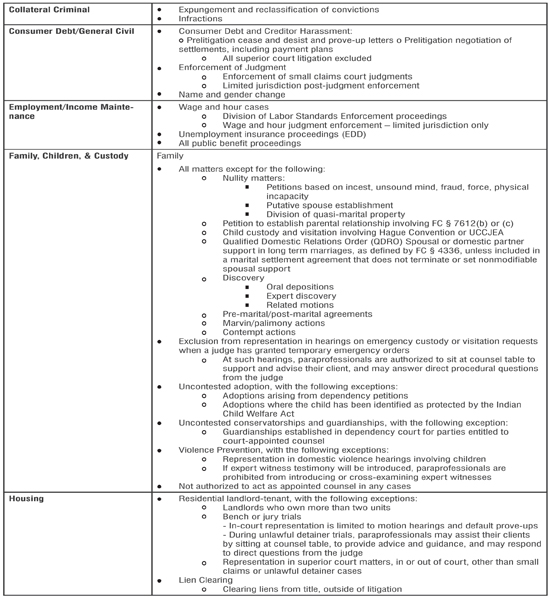 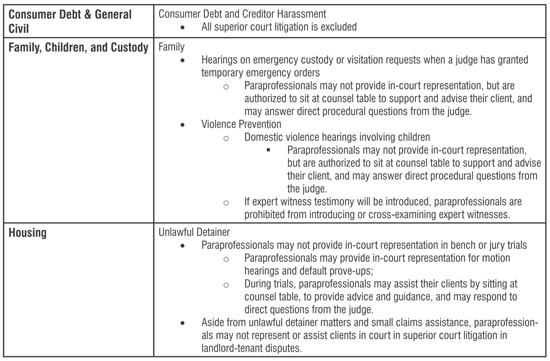