In real estate, the three most important considerations in buying property are location, location and location. In mediation, the three most important factors to maximize your client’s recovery are preparation, preparation, and preparation. When preparing your wrongful death/survivor claims for a fruitful mediation, understanding what damages are available for your clients is the first step. While most mediators stay abreast of the law, be sure to draft your brief to remind the mediator of your recoverable damages and any changes to the law that might expand your client’s recoverable damages.

Frequently, lawyers conflate the types of damages that are recoverable when a family member dies due to the negligence or fault of a third party. A survival action is the lawsuit that the deceased person would have been able to bring had he or she lived, which passes to the decedent’s successor in interest. (Code Civ. Proc., § 377.30.) In a survival action, damages are limited to the losses the decedent sustained before death. (Code Civ. Proc., § 377.34.)

Both a wrongful-death action and a survival action may be joined or consolidated for trial, as long as they arise out of the same wrongful act or neglect. (Code Civ. Proc., § 377.62.) Because survival-action damages are explicitly excluded from those recoverable in a wrongful-death claim, it is important to understand the nuances between the damages are available in each type of claim, and to bring both types of action if both types of damages are available.

Damages for a wrongful-death claim are based on the damages suffered by the plaintiffs in the case, those the decedent leaves behind. Damages are therefore “measured by the financial benefits the heirs were receiving at the time of death, those reasonably to be expected in the future, and the monetary equivalent of loss of comfort, society and protection.” (Corder v. Corder (2007) 41 Cal.4th 644, 661.) These damages may be pecuniary losses that the heir would have been legally entitled to if the person had lived, or it may be a pecuniary loss arising from the deprivation of some moral obligation which the beneficiary could reasonably have expected from the deceased had he not died. (Ibid.)

Support damages may be recoverable even if the spouses had separated before the decedent’s death, and indeed even if the plaintiff was not relying on the spouse’s support at the time of their death, as long as the plaintiff has not forfeited the right to support by their own wrong. (Powers v. Sutherland Auto Stage Co. (1923) 190 Cal. 487, 489-490.) Such support damages may evaporate if evidence shows that support benefits would not “reasonably... be expected in the future.” (Benwell v. Dean (1967) 249 Cal.App.2d 345, 349.) However, merely showing intent to separate or that the marriage is strained will not necessarily be sufficient to defeat a claim of support benefits, as the court considers the possibility of reconciliation. (Corder at 664-666.) This item of loss is often misunderstood or ignored because of the effort needed to prove the claim. Meeting with the surviving spouse to understand where the relation was at the time of the death can be an uncomfortable conversation, but can lead to additional damages.

A parent may also receive damages for benefits they would have received from their deceased child. In the case of the death of a minor child, the parent has “a right to the child’s services and the proceeds of his labor” even in the absence of evidence showing the child would grant the parent such proceeds. (Griffey v. Pac. Elec. Ry. Co. (1922) 58 Cal.App. 509, 517.) However, where a parent loses their adult child, a reasonable probability that such benefits would actually be received is required. (Id. at 517-518.) As the life expectancy of Americans has increased in the last 20 years, it is not uncommon for adult children in their 50s and 60s to take on the financial support of their parents who might require care and services beyond their savings and government assistance. A well-prepared brief should specifically address the nature of this support, if it exists.

California does not restrict “wrongful death recovery only to those elements with an ascertainable economic value.” (Krouse v. Graham (1977) 19 Cal.3d 59, 68.) A plaintiff may also recover non-economic damages that the plaintiff has suffered as a result of the decedent’s death. Non-economic damages include the loss of “love, companionship, comfort, care, assistance, protection, affection, society, moral support,” “enjoyment of sexual relations” and of decedent’s “training and guidance.” (CACI no. 3921.) In calculating these damages, a jury should not consider the plaintiff’s grief, the decedent’s pain and suffering, or the plaintiff’s economic situation. (Ibid.)

Despite being a non-economic loss, loss of society, comfort and protection is still a “pecuniary loss only, and not the loss of love and affection.” (Griffey at 522.) Although the loss of society “cannot be measured by any pecuniary standard,” California still considers them “from a pecuniary standpoint” by considering the services the spouses render to each other as similar to those of a servant, and therefore awards them under the wrongful-death statute. (Beeson v. Green Mountain Gold Min. Co., (1880) 57 Cal. 20, 38-39.)

To collect for damages for loss of society, comfort and protection, the plaintiff must show “evidence of the attitude and affection on the part of the decedent” to prove that the plaintiff actually lost the decedent’s comfort. (Benwell at p. 349.) In calculating these damages, the jury may not consider the sentimental value of such loss. (Griffey at p. 519.) Instead, a jury considers the assistance that the spouses offered each other while living together. (Beeson at 38.) Accordingly, the separation of the spouses will generally prevent the plaintiff from recovering such damages. (Powers at p. 491.) However, if there is evidence of possible future reconciliation before divorce becomes final, loss of comfort and society may be recoverable on the theory that the wrongful death prevented such reconciliation. (Luis v. Cavin (1948) 88 Cal.App.2d 107, 118-119.)

Furthermore, California does not allow the plaintiffs to recover damages “for mental and emotional distress, including grief and sorrow” in a wrongful death action. (See Krouse at p. 72.) However, the plaintiff may potentially bring a separate cause of action for emotional distress if the plaintiff contemporaneously witnessed the incident causing the decedent’s death. (Id. at pp. 74-77.)

Under California jury instructions, a jury may award damages that the decedent sustained before death and would have been entitled to recover. (CACI no. 3903Q.) These include medical costs and lost income before the decedent’s death, but not any damages for the decedent’s shortened lifespan. (Ibid.)

Furthermore, the damages that can be recovered in a survival action are usually limited to special damages incurred before death. Damages for “pain, suffering or disfigurement” of the decedent are explicitly not recoverable in a survival action. (Code Civ. Proc., § 377.34.) However, there is a statutory exception for certain elder-abuse claims, which allow for recovery of pain and suffering damages even after the elder’s death. (See Est. of Lowrie (2004) 118 Cal.App.4th 220, 226-227.)

When to file a survival action

California’s survival statute applies to nearly all causes of action a decedent may have at the time of their death. (Code Civ. Proc., § 377.20.) A survival action may be brought even if “a loss or damage occurs simultaneously with or after the death of a person who would have been liable if the person’s death had not preceded or occurred simultaneously with the loss or damage.” (Ibid.)

Lawyers often overlook filing the survival action believing that the wrongful- death claim captures all recoverable damages. Be aware and look for cases involving ones where the harm caused the death but the person lived long enough to incur medical bills, lost wages and damage to personal property. A good example would be a nursing-home case, where neglect over time results in bed sores, infections and medical complications that ultimately kill the patient, but not before significant medical expenses have been incurred. Also consider a catastrophic crash where the decedent is transported from the scene by medical evacuation and survives after failed attempts to save his or her life. These costs can occur rapidly and add up quickly. Don’t forget them.

In addition to knowing and understanding the current state of the law on recoverable damages, it is also important to research any potential changes to the law that might limit or expand what your client can legally recover. Lawsuits in California can take years from filing to resolution. Courtroom availability to house trials has been further delayed by COVID-19. Never assume that the law is stagnant. To illustrate this point, it merits a discussion of Senate Bill 447. Senator John Laird, in February of 2021, introduced SB 447, which amend section 337.34 of the Code of Civil Procedure to expand the recoverable damage in a survival action to include pain and suffering of the decedent.  It will likely be through committee and have been voted on by the time this article is published.

A likely application of this change in the law would be a traffic collision where the victim suffers catastrophic injuries but survives for any period of time. Under SB 447, even if the testimony is that the decedent survived mere minutes, that pain and suffering could be included in your client’s recoverable damages. Inclusion of these non-economic damages in your claim might significantly raise the offer if the bill is passed and signed by the governor into law.

The current statute reads as follows:

In an action or proceeding by the decedent’s personal representative or successor in interest on the decedent’s cause of action, the damages recoverable are limited to the loss or damage that the decedent sustained or occurred before death, including any penalties or punitive or exemplary damages that the decedent would have been entitled to recover had the decedent lived, and do not include damages for pain, suffering, or disfigurement.

Changes to the statute

If Senate Bill 447 were to pass, it would be retroactive and the revised section 377.34 would read as follows:

In an action or proceeding by a decedent’s personal representative or successor in interest on the decedent’s cause of action, the damages recoverable are limited to the loss or damage that the decedent sustained or incurred before death, including any penalties or punitive or exemplary damages that the decedent would have been entitled to recover had the decedent lived, and do not include damages for pain suffering, or disfigurement.

Notwithstanding subdivision (a), in an action or proceeding by a decedent’s personal representative or successor in interest on the decedent’s cause of action, the damages recoverable may include damages for pain, suffering, or disfigurement if the cause of action accrued before January 1, 2026.

The passage of this bill would bring California in line with the majority of states that currently allow these damages. The bill does face opposition from the defense bar, who believe that it expands an area of law where adequate damages can already be recovered. 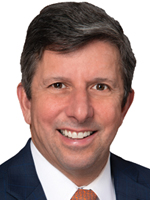 John K. (“Jake”) Courtney, Esq. had an accomplished 32-year career as a trial attorney. He stepped down from the practice of law in 2020 to serve as a full-time mediator at ADR Services, Inc. He is also a former President of the Los Angeles Chapter of ABOTA. 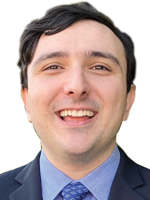 Carter Courtney is a 2021 graduate of Loyola Law School and is currently awaiting bar results.