Five things litigators must know before stepping into an arbitration

A look at the differences between court trials and arbitration; arbitration is truly a “creature of contract”

Arbitration is a creature of contract. Only parties who agreed to arbitrate can be required to submit their disputes to arbitration. From this vantage point, arbitration is akin to mediation because it is the product of a voluntary agreement of the parties and because the parties get to choose the neutral who sits at the table. However, because arbitration is an adversarial process, it is commonly viewed as being like litigation in the courts. The purpose of this article is to discuss five key areas in which arbitration is quite different from litigation.

There are no pleading requirements in arbitration. Neither the Federal Arbitration Act (“FAA”) (9 U.S.C. §§ 1 et seq.) nor the California Arbitration Act (“CAA”) (Code Civ Proc., §§ 1280 et seq.), incorporates federal or state rules of civil procedure. Generally speaking, all that is required to commence an arbitration is a simple statement – called a “demand” – that (a) identifies the party(ies) against whom a claim is being asserted, (b) describes the nature of the claim (e.g., breach of contract, breach of fiduciary duty), (c) states the amount of any monetary relief being sought, and (d) states whether the claimant is seeking attorney’s fees, costs, interest, punitive damages or other relief. (See AAA Rule R-4; JAMS Rule 5.)

This is not to say that parties to arbitration do not file complaint-like statements of their claim, especially in more complex matters, but it is not required. As explained by JAMS Rule 9, the purpose of the demand and answer procedure is to afford all parties reasonable and timely notice of all claims, affirmative defenses and/or counterclaims that are in issue, with a “short statement of its factual basis.”

Because bare notice pleading suffices, law-and-motion practice aimed at attacking the demand or counterclaim and seeking dismissal for insufficient pleading is generally not successful and thus a waste of time and resources. To the extent that a party feels that the statement of claim is too bare, the better course is to request that the complaining party be required to file a more definite statement so that the defending party can be fully and fairly apprised of the nature and amount of the claims being asserted against it and/or the specifics of the relief being sought.

Another important difference in pleading in arbitration is that there is no such thing as a “default” in appearance in arbitration. The failure to answer a demand or counterclaim is deemed a denial, and puts the asserted claims in issue, subject to prove-up by the complaining party. (See AAA Rule R-4(e); JAMS Rule 5.) Even without answering or appearing at the preliminary hearing, a responding party has the right to receive notice of all proceedings, and to appear at and participate in the evidentiary hearing, as well as any other proceedings. Continuing notice and service is thus key when one party does not answer and appear.

The preliminary hearing is where the efficiencies of arbitration begin. This hearing occurs at the outset of the case, very shortly after confirmation of the arbitrator’s appointment. The purpose of the preliminary hearing is to set dates for the evidentiary hearing, as well as deadlines for the completion of an agreed upon set of tasks directed at facilitating the parties’ efforts to prepare and present their respective cases at the evidentiary hearing. (See AAA Rule R-21; JAMS Rule 16.)

In setting dates for the evidentiary hearing, it is important to note that parties are not competing for time on a crowded court docket and that scheduling seeks to accommodate the parties’ calendars and any exigencies in the case. In accepting an appointment, the arbitrator commits to being available to serve the disputants and dedicate the time needed for the evidentiary hearing, as well as any pre-hearing matters. He or she also commits to issue a timely final award (typically 30 days after the close of the record) and prompt rulings on pre-hearing motions.

The goal of the preliminary hearing is not just to set the hearing dates, but to reserve enough hearing time so as to not force an artificial bifurcation. How much hearing time is needed is generally a function of “how many witnesses.” A rule of thumb is to estimate six to seven hours per day for evidence presentation.

Another general rule of thumb is to estimate at least half a day (three to three and a half hours) for direct examination of the party and expert witnesses, and about the same for cross-examination. So, if one party estimates calling two party witnesses and two expert witnesses, four hearing days should be reserved for the presentation of that testimony. Suffice it to say, having a meaningful conversation about scheduling at the preliminary hearing requires advance thinking about the case and a pre-hearing meet-and-confer effort by the parties’ counsel.

3. What and how much discovery

Discovery in arbitration is a complex and multi-faceted area of discussion that is only lightly touched upon in this article.

Litigators are frequently frustrated to hear that there is no “right” to discovery in arbitration. The FAA is silent and does not provide for discovery. The FAA does not incorporate the Federal Rules of Civil Procedure. Similarly, while the CAA is included in Part 3 of the Code of Civil Procedure, it too does not incorporate the Civil Discovery Act contained in Title 4. What and how much discovery is thus dictated by (a) the parties’ arbitration agreement, (b) the provider’s rules, and (c) any post-dispute agreements the parties may be able to reach.

The CAA does provide for discovery rights in the limited context of personal-injury and wrongful-death cases. Those matters enjoy the same broad discovery rights in arbitration as in court litigation, with the possible exception of third-party discovery. Section 1283.05 provides that parties to an arbitration “shall have the right to take depositions and obtain discovery” as provided in the Discovery Act sections of the Code of Civil Procedure. However, section 1283.1 provides that those broad discovery rights are “conclusively” applicable only (a) in arbitrations involving wrongful-death and personal-injury disputes, and (b) other disputes “if the parties by their agreement” expressly reference and incorporate section 1283.05. Suffice it to say that most business-to-business arbitration agreements do not include such incorporation language and are frequently silent with regard to the parties’ right to discovery in arbitration. Discovery thus becomes a matter for the arbitrator to decide if the parties cannot agree.

Litigators are also frequently frustrated to learn about the limitations that exist concerning third-party witnesses in arbitration. The current state of the law in California and the Ninth Circuit – interpreting the FAA and CAA – is that arbitrators do not have the power to compel third parties to sit for deposition or to produce documents in the context of pre-hearing discovery. (See CVS Health Corp. v. Vividus, LLC (9th Cir. 2017) 878 F.3d 703 [interpreting Section 7 of the FAA]; Aixtron, Inc. v. Veeco Instruments, Inc. (2020) 52 Cal.App.5th 360 [citing CVS Health as support for interpreting an arbitrator’s third-party subpoena power under the CAA].)

In practice, this means that if a party needs a third party’s testimony and/or documents to prepare for the merits hearing, thought should be given to setting one or more hearing dates in advance of the merits hearing to receive third-party testimony and documents. This is a topic for discussion at the preliminary hearing and that discussion should include how documents produced by a third-party witness will be treated – e.g., are those documents “in evidence” and part of the record to be considered by the arbitrator? Or, shall the admission into evidence of third-party records be deferred until the merits hearing and be subject to a party seeking to introduce such records?

Just as the FAA and CAA do not incorporate rules of civil procedure, the same is true with regard to rules of evidence. Both the FAA and CAA are silent. As a result, it has long been settled – unless the parties’ arbitration agreement provides otherwise – that arbitrators may consider evidence that would normally be inadmissible in court. The rules of most arbitral institutions reflect this more liberal approach to the admissibility of evidence. For example, JAMS Rule 22(d) states that “[s]trict conformity to the rules of evidence is not required, except that the arbitrator shall apply applicable law relating to privileges and work product.” For another example, AAA Rule R-34(a) states that “[c]onformity to legal rules of evidence shall not be necessary,” with the proviso in Rule R-34(c) that “[t]he arbitrator shall take into account applicable principles of legal privilege.”

An express ground for vacatur of an award under both the FAA and the CAA is the refusal of the arbitrator to hear a party’s evidence. For this reason, arbitrators tend to guard against vacatur by defining materiality and relevance quite broadly so as to receive evidence over an objection. That being said, however, not all evidence is equal. The arbitrator has the right to give such weight to the evidence as he or she deems appropriate and to draw such inferences as he or she determines is warranted.

5. The enforcement role of the courts

An arbitrator’s award is not directly enforceable. Until confirmed or vacated by the court, an arbitration award has no more force or effect than a contract in writing between the parties. Thus, after a final award has been issued, one party usually initiates a court proceeding: the prevailing party to confirm the award and enter judgment; the losing party to vacate, modify or correct the award. These court proceedings have very strict time limits that are jurisdictional.

A petition to vacate an award must be filed within three months (FAA) or 100 days (CAA) of the service of the award. A petition to confirm an award must be filed within one year (FAA) or four years (CAA) of the issuance of the award. In practice, the prevailing party may make the strategic decision to wait until the one-hundred-first day to file its petition to confirm the award in the hopes that the losing party misses the deadline to counter with a petition for vacatur.

What arbitration offers disputing parties is expediency and final resolution at the hands of a decision-maker they chose. It is a powerful dispute resolution option that has considerable benefits, benefits that outweigh its differences and distinguishing features as compared to court litigation, when parties take full advantage of the guiding principle that “arbitration is a creature of contract.” 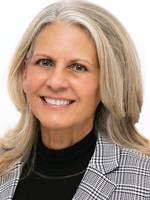 Rebecca Callahan is a full-time mediator/arbitrator with offices in Newport Beach. She is a member of the American Arbitration Association’s commercial and large complex case panel and the arbitration and mediation panels of the International Centre for Dispute Resolution. She is a Fellow with the College of Commercial Arbitrators, and a member of the ADR Committee of the Business Law Section of the California Lawyers Association. Rebecca received her JD from Cal Berkeley and her undergraduate degree from USC. She also holds an LLM in Dispute Resolution from Pepperdine University School of Law/Straus Institute, where she serves as an adjunct professor currently teaching arbitration, having previously taught mediation and mediating the litigated case. For more information, please visit Rebecca’s website at www.callahanADR.com or email her at rebecca@callahanADR.com.