The recoverable civil penalties are either specified in the applicable Labor Code statutes or PAGA provides for a civil penalty of $100 per aggrieved employee per pay period for the initial violation and $200 for subsequent violations. (Lab. Code, § 2699, subd. (f)(2).) Seventy-five percent of the penalties recovered are paid to the LWDA and the remaining 25% of the penalties are paid to the aggrieved employees. (Lab. Code, § 2699, subd. (i).) Additionally, the plaintiff will seek to recover costs and the plaintiff’s attorney will seek to recover attorney fees.

As more and more employers impose arbitration with class-action waivers on employees as a condition of employment, many plaintiffs have turned to PAGA claims as an alternative and effective means of bringing representative actions for Labor Code violations. As with any dispute, uncertainty can provide a strong justification to encourage the settlement of a dispute rather than proceeding to trial. PAGA case law continues to evolve and uncertainty created by recent developments impact mediation and settlement of PAGA cases.

Notice to employer required for heightened penalties for “subsequent violations”

Most practitioners litigating and courts reviewing PAGA settlements, have been calculating the heightened penalties of PAGA by assuming that the initial violation was $100 and that any later violation was a “subsequent” violation automatically resulting in a $200 penalty per aggrieved employee per pay period. A recent Ninth Circuit ruling, however, has potentially reduced this exposure for heightened penalties by holding that the $200 subsequent penalty cannot be assessed until the employer has “notice” it is violating the Labor Code section at issue.

In Bernstein v. Virgin America Inc. (9th Cir. 2021) 990 F.3d 1157, the Ninth Circuit, applying California law, held that simply violating a Labor Code section again after an initial violation does not automatically establish a subsequent violation as contemplated by PAGA. Rather, the “subsequent” violation requires the employer to be notified it is in violation of the section, either through an administrative decision or a court ruling. (Bernstein, supra, at 1172.)

The Bernstein Court cited the decision in Amaral v. Cintas Corp. No. 2 (2008) 163 Cal.App.4th 1157, 614, applying the “good faith” defense to the imposition of penalties. The court explained that “when an employer presents a defense based in law or fact which, if successful, would preclude any recovery on the part of the employee,” the employer cannot be presumed to be aware that its continuing conduct is a violation subject to penalties. (Bernstein, supra, at 1172-1173 [quoting and citing Amaral, supra, at 614].) In Bernstein, the Ninth Circuit reversed the district court’s holding that the employer was subject to heightened penalties under PAGA for any Labor Code violation occurring before partial summary judgment was granted against it on the grounds that the employer was not notified by the Labor Commissioner or any court that it had violated the Labor Code until the district court granted the partial summary judgment.

Unless this ruling is rejected by state courts, the Bernstein case will allow employer-defendants to argue they had a good-faith defense, which if successful, could substantially reduce the potential PAGA penalties recoverable by plaintiffs. The uncertainty in some cases of the success of a good-faith defense, as well as the question of whether state courts will adopt or reject this reasoning, will create uncertainty as to the value of PAGA penalties in many cases.

“PAGA settlements are subject to trial court review and approval, ensuring that any negotiated resolution is fair to those affected.” (Williams v. Superior Court (2017) 3 Cal.5th 531, 549; Lab. Code, § 2699, subd. (l)(2).) However, California courts have not established standards for review and approval of PAGA settlements. A PAGA settlement that was achieved through a reverse auction might not be apparent to the reviewing Court, as both sides typically join in the papers seeking approval, and the parties might not point out facts indicating a reverse auction occurred.

Earlier this year, the Hon. Andrew Y.S. Cheng of the San Francisco Superior Court denied the approval of a proposed settlement of a PAGA litigation against Lime Scooter Co. for $4.98 million. In Neutron Holdings Wage and Hour Cases (Feb. 18, 2021) Judicial Council Coordination Proceeding No. 5044 (Case No. CJC-19-005044), the court expressed concerns that the settlement was reached as a result of a reverse auction.

In the Lime Scooter case, the parties had participated in a joint mediation, but then Lime Scooter settled directly with just one of the plaintiffs. The individual plaintiff represented that the settlement had been reached when the plaintiff accepted a Code of Civil Procedure section 998 offer, which the other three plaintiffs had rejected. After looking more closely at the settlement, the court discovered that the settlement had resulted from a previously undisclosed individual mediation session between Lime Scooter and the individual plaintiff. The court found that this behavior had an “odor of mendacity” and was likely the result of a reverse auction. This concern contributed to the court’s rejection of the settlement, along with concerns over the valuation and calculation of the damages. The court noted that exercise of diligence towards reverse auctions is especially critical given that “a resolution of specifically-identified PAGA claims has a preclusive impact on the State.” (Neutron Holdings, supra, at 4:13-14.)

Effective January 1, 2016, Labor Code section 558.1 was enacted to combat wage theft. It was intended to address situations where employers may have hidden assets, declared bankruptcy, or otherwise become judgment proof resulting in the “vast majority of wage theft victims receiv[ing] nothing … or little of what they were legally due.” (Usher v. White (2021) 64 Cal.App.5th 883, 893-894.) Section 558.1 did this by making individuals such as owners, directors, officers, and managing agents personally liable, and thus discouraging them from rolling up operations, avoiding debts owed to workers, and starting a new company fresh. (Id. at 894.)

Section 558.1 provides that “Any employer or other person acting on behalf of an employer, who violates, or causes to be violated, any provision regulating minimum wages or hours and days of work in any order of the Industrial Welfare Commission, or violates, or causes to be violated, Sections 203, 226, 226.7, 1193.6, 1194, or 2802, may be held liable as the employer for such violation.”

Many have assumed that section 558.1 imposes “strict liability” on an owner, director, officer, or managing agent of an employer for the wage and hour violations enumerated in the statute. In Usher v. White, however, the Court of Appeal affirmed summary judgment for an individual defendant, concluding that, to be held liable as an owner, the individual defendant must either have been personally involved in the purported violation of the enumerated provisions or had “sufficient participation in the activities of the employer, including, for example, over those responsible for the alleged wage and hour violations, such that the owner may be deemed to have contributed to, and thus for purposes of this statute, caused a violation.” (Id. at 896-897 (internal quotes omitted).)

In PAGA cases, the potential penalties can be substantial, leading some employers to contend they do not have the funds to pay significant sums to resolve such cases, or even to threaten bankruptcy. To combat this concern, savvy plaintiffs’ attorneys have relied upon section 558.1 to name individuals as defendants. Now, with the decision in Usher, a plaintiff will have to be able to prove the individual was either personally involved in the purported violation of the enumerated provisions or had sufficient participation in the activities of the employer to be deemed to have contributed to the alleged wage and hour violations. There is also some uncertainty as to what evidence is sufficient to prevail on such an argument.

Mediating a PAGA case is not an easy task. The mediator will have to deal with parties who have significantly different viewpoints on settling the case. A qualified mediator who has the patience to listen to the parties is a must. Briefing that takes the issues discussed above into account is mandatory for both sides. The mediator and the opposing parties should be educated as to the positions of the parties, and that is best done with detailed briefing. Coming to an agreement at mediation is only the first step. The settlement can only be proposed. Approval by the court is required. Costs and attorney fees will have to be approved by the court as well. Uncertainty of court approval creates an opportunity for compromise during the mediation.

Presenting an aggrieved employee at the mediation should be considered, especially if the employee has good oral skills. Although the employee should not be cross-examined at the mediation, the employee’s explanation of the grievance will help sell the violations to opposing counsel, a company representative, and the mediator. Having an initial joint mediation session can be a perfect opportunity to showcase the harmed employee.

The parties should consider having contingencies in a negotiated mediation agreement for what to do if the court rejects the settlement. Will the parties revise allocations? Will they increase the settlement amount? Will the settlement be revoked? Anticipating these issues during mediation negotiations will avoid difficulties later should the reviewing Court raise concerns or deny approval.

Before seeking court approval, the mediated settlement documents are sent to the LWDA for review. The LWDA can object to all or part of the settlement, as it did in the proposed Uber settlement in O’Connor v. Uber Technologies, Inc., 201 F.Supp.3d 1110, 1134 (N.D. Cal. 2016) (district court rejected proposed $100 million class action settlement which included a $1 million PAGA allocation, based in part on a letter from the LWDA contending that the defendant could face up to $1 billion in liability under PAGA). Additionally, another plaintiff with a pending PAGA case can intervene and object to the settlement.

Once the parties to a PAGA claim have reached a mediated resolution, both sides have an interest in getting court approval. However, because there are no set standards for the review of mediated PAGA agreements, many courts will scrutinize them. For example, some courts pointedly ask the parties if there are other overlapping PAGA cases; others do not. Additionally, the parties should prepare a proposed mediated resolution that the court will deem fair and adequate, and, thereby, avoid the “odor of mendacity” mentioned in a court’s rejection of the Lime Scooter settlement.

Finally, the court may raise multiple concerns about damages, valuations, calculations (including theoretical maximum recoveries and the factual and legal basis for any discounts), adequate pre-settlement investigation and discovery conducted, and whether the scope of the release is appropriate given the scope of violations alleged in the PAGA notice the plaintiff sent to the LWDA at the beginning of the case. Be prepared to defend the mediated settlement proposal.

In cases where there is a risk of an employer shutting down to avoid payment of substantial penalties in a PAGA settlement, simply naming individual owners, directors, officers, and managing agents may not be enough leverage unless the plaintiff can also show the individuals were personally involved in the purported violation of the enumerated provisions or had sufficient participation in the activities of the employer such that the individual may be deemed to have caused a violation. Such uncertainty increases the risk of inability to recover monies from an insolvent employer, and should necessarily, create an opportunity for resolution.

The PAGA landscape is constantly evolving, and new developments can and do affect the mediation and settlement of these cases. Therefore, the representation of parties to a PAGA action should be with knowledge of the continuing undulation of PAGA laws and court interpretations of the rules. 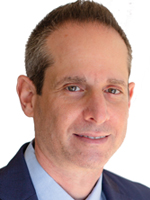 Barry M. Appell is a mediator and arbitrator. He has over 25 years of experience successfully representing employees and employers in all facets of employment-related litigation. He may be reached through ARC – Alternative Resolution Centers or at barry@appellmediation.com.