California has a strong public policy in favor of arbitration, but parties can only be compelled to arbitrate when they have agreed to do so. In other words, arbitration is a matter of consent, not coercion. (Avila v. Southern California Specialty Care, Inc. (2018) 20 Cal.App.5th.) Matters tend to become complicated when a party seeks to compel a person to arbitrate if someone else signed the arbitration agreement. When a conservator signed the agreement, matters can become even more confusing. Fortunately, a recent appellate opinion shines some light on this area where there is very little law.

A conservator of the estate, on the other hand, is responsible for handling the financial affairs of the conservatee. While they may be expanded or limited by orders of the court, the powers of a conservator of an estate are found in Probate Code, section 2451.5. The conservator’s powers include contracting for and binding the estate.

Holley v. Silverado Living Management, Inc. (2020) 53 Cal.App.5th 197, involves an elderly woman with dementia who was admitted to a senior living facility. At the time she was admitted, the patient’s family members had been ordered by the court to be her temporary conservators of her person. At the facility, they were presented with a stack of paperwork to sign. The family felt a great sense of urgency during the admissions process, as the facility administrators told them that beds go quickly. One of the conservators, the conservatee’s daughter, said she was told “if I did not get all the forms signed and completed and a check deposited, that the bed could go to someone else on the waiting list.” It was under those circumstances that, the conservatee’s daughter signed the arbitration agreement.

Within a few weeks, the patient suffered humeral and hip fractures and a number of bruises. She died a few months later. The family filed suit. Thus, the family wore three different hats. They were temporary conservators of the person. They were successors in interest of the decedent. And they became the plaintiffs when they filed the instant action for elder abuse and wrongful death.

The trial court denied the petition to arbitrate brought by the facility. The court found that at the time the arbitration document was signed, there was insufficient evidence that the two family members/conservators who signed the agreement to arbitrate had the authority to bind the patient to the arbitration.

The facility in Holley also cited Garrison v. Superior Court (2005) 132 Cal.App.4th 253, a case where the signer of the arbitration agreement had a health care POA, and the Court of Appeal held the signer did have the power to sign the arbitration clause as part of the health care decision-making process. Because the circumstances in Holley did not involve a health care POA, but a conservatorship, the appellate court distinguished Garrison as well.

Interestingly, timing was everything in Holley. On October 25, the family members were appointed as conservators. On October 26, they signed the arbitration agreement at issue here. On October 30, the probate court entered an order under Probate Code, sections 2354 and 2355. Those sections provide that a conservator has the exclusive authority to make health care decisions if the conservatee lacks the capacity to give informed consent. At the October 30 hearing, the court made the finding that the conservatee lacked the capacity to give informed consent for medical treatment. Had the arbitration agreement been signed after the October 30 adjudication, the result would have been different.

In Holley, the Court of Appeal stated three reasons for affirming denial of the petition to arbitrate. First, the conservators lacked the power to bind the patient to an agreement giving up substantial rights, such as the right to use the courts for redress of grievances, without her consent or a prior adjudication of her lack of capacity. Second, as only temporary conservators, the signers were constrained from making long-term decisions without prior approval. Third, there was no substantial evidence that the plaintiffs intended to sign the arbitration agreement on their own, individual, behalf.

Other lessons can be learned from the Holley opinion. One is that the appeals court was bound by the law rather than the words in the facility’s arbitration agreement. At the signature line, the arbitration agreement stated: “Based on the Resident’s Mental Capacity, the term Resident may include Responsible Party, POA, Guardian and/or Conservator.” The powers and duties of a conservator of the person are set out in the Probate Code. Thus, a conservator’s power to make medical decisions is limited under the law, despite the words in the agreement.

Another takeaway from Holley is that even though the court recognized that admission to a residential facility is essentially a health care decision, as the Hutcheson and Garrison courts found, it distinguished cases involving conservatorships from those where the signers had a health care POA.

One more point is that it did not matter that the conservators were also the decedent’s heirs. The agreement said: “This agreement is binding on all parties, including their personal representatives, executors, administrators, successors, guardians, heir, and assigns.” However, the appellate court said for that clause to be enforced, the arbitration agreement must be valid in the first place. Because the plaintiffs lacked the power to sign the arbitration agreement, that language was irrelevant.

When a conservator signs an arbitration agreement, the attorney has many factors to consider to determine whether or not the patient is bound by that signature. Most important will be the language in the court’s order for the conservatorship. Courts often limit the powers of a conservator, and sometimes make them only temporary powers.

A few Judicial Council documents may be helpful for counsel’s analysis. Probate Code section 1834 requires a conservator to acknowledge the conservator’s duties and responsibilities. Pursuant to that section, the Judicial Council issued form GC-348 as a mandatory form. It lists the rights of a conservatee and the duties of a conservator. That mandatory form requires the signature of the conservator, acknowledging that the conservator is responsible to the court, as well as the conservator’s other duties and responsibilities. One of the first sentences on the form states that “conservatees do not lose all rights or all voice in important decisions affecting their lives.” The form is found at: https://www.courts.ca.gov/forms.htm?query=GC-348. 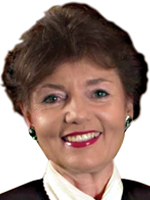