Motions in limine: misused and abused

Best practices when filing and opposing motions in limine

Motions in limine are probably the most misused and abused motions in civil litigation. You can differentiate yourself and gain credibility with the trial judge just by being reasonable and competent when filing and opposing motions in limine. At its core, a motion in limine is a request by a party to exclude a particular piece of evidence or argument for a good reason. (Kelly v. New West Federal Savings (1996) 49 Cal.App.4th 659.) Common examples include a request to exclude a prior felony conviction of a party, to preclude an expert who failed to appear at a deposition from testifying, and to exclude evidence of collateral-source payments. With that in mind, here are some tips when filing and opposing motions in limine.

Motions in limine should not be used to merely restate the law. The defense loves to do this, but don’t fall for it. You wouldn’t file a motion seeking to prevent the defendant from bribing jurors, or from threatening witnesses. It’s already understood that parties cannot engage in that kind of improper conduct. Don’t lose sight of this principle. So, for instance, don’t file a motion in limine to “limit expert testimony to the opinions rendered at deposition.” That is just a restatement of Jones v. Moore (2000) 80 Cal.App.4th 557. Similarly, don’t file a motion to “preclude an expert from testifying about case-specific hearsay.” That’s a restatement of People v. Sanchez (2016) 63 Cal.4th 665. Instead, be specific about what you want excluded. It would be appropriate to file a motion to preclude an accident reconstructionist from opining that a plaintiff violated a provision in the Vehicle Code. But filing generic restatements of law is a waste of time. It will annoy your trial judge and you risk accidently burying your important motions in a sea of unimportant ones.

As your case approaches trial, start making a list of information you know the defense attorney would love to tell the jury that’s not particularly relevant. You will find this information in deposition transcripts, medical records, and other evidence in the file. For instance, you may read in a deposition that the plaintiff filed a workers’ compensation case 10 years ago, that she had a D.U.I., or that she used marijuana close in time to the incident. As soon as you spot a piece of evidence, write it down and keep it handy. This list will make up the various motions you eventually meet and confer on and/or file.

Try to get trial transcripts of your opposing counsel through the CAALA listserve, and look for how they argue certain points and question witnesses. You will find that some of it could be subject to a motion in limine and worth trying to prevent.

How to draft your motions in limine

Be as specific and straight to the point as possible. Unfortunately, some judges will only read the captions of the motions before deciding to hear oral argument. Therefore, tell your trial judge in the caption and opening sentence the specific evidence or argument you want to preclude. In your second sentence tell the judge why the evidence should be precluded.

How long should they be?

As trial progresses, it is important to remind everyone of the rulings, and to err on the side of being redundant and even possibly annoying. If you had a ruling that evidence of plaintiff’s intoxication is excluded at trial, remind the defense counsel and judge before the defendant’s accident reconstructionist testifies. If you had a ruling that Medi-Cal rates cannot be used as a basis for the determination of medical expenses, remind everyone right before the defendant’s billing expert testifies. Motions in limine are usually decided shortly before the jury is called up, so by the time a witness is about to testify, the particular ruling might be forgotten. This means you must pay close attention to the precise ruling by the judge on the motion, write it down, and keep it handy. It’s also a good idea to order a rough copy of the court reporter’s transcript from the motions in limine if you are at all worried about the scope of a ruling.

When your opponent has filed a motion in limine, your response will generally fall into one of three categories: Stipulate, Clarify, or Outright Oppose. Stipulate to the obvious restatements of law. For instance, if the defense files a motion in limine to “Preclude Plaintiff from Introducing Speculative Evidence” just stipulate to that. Fight the temptation to devolve into a philosophical debate about what speculative evidence is. That is not where our battle lies.

Some motions require clarification. For instance, one that is often filed by the defense is a motion where the title is something to the effect of “Plaintiff should not be able to precondition the jury,” and then somewhere in the body of the motion they seek to prevent plaintiff’s counsel from telling the jury the amount of damages they are seeking. This, of course, requires clarification. I oppose these by saying something to the effect of “plaintiff will not precondition the jury, but plaintiff will be asking for a certain range in jury selection as is our right pursuant to Fernandez v. Jimenez (2019) 40 Cal.5th 482, 493-494.” When clarifying, it’s important to remind the judge that you are credible and acknowledge the law, but that you will advocate strongly for your client.

For the motions you have to outright oppose, a good tactic is to argue that the case is very simple with a very narrow set of issues to be decided by the jury. Remind your judge that the case is about liability and damages only. Cite to your CACI verdict form to remind the judge how narrow the issues really are. It is also important to call out the defense in your opposition from a practical standpoint. For instance, don’t be afraid to tell the judge that the defense wants to include prejudicial evidence about the plaintiff’s past in hopes the jury will hate the plaintiff, ignore the evidence, and engage in a form of juror nullification (when a jury returns a not guilty verdict in a criminal trial even though jurors believe beyond reasonable doubt). 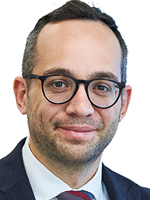 Matthew Whibley is a partner at The Vartazarian Law Firm. Previously, he toured the world in a Grammy-nominated punk rock band and then graduated Southwestern Law School at the top of his class.