When a post-judgment appeal just won’t do

Law and motion can make or break your case before trial or prevent you from having a trial at all. The deadly effect of losing some motions is obvious (e.g., an anti-SLAPP motion to strike all or parts of your complaint; a motion for summary adjudication of issue or causes of action; or an order denying a good-faith settlement motion upon which the deal is contingent).

In other situations, the effect of an order can lurk below the surface, only to arise at trial (e.g., a failed peremptory disqualification of a defense-oriented judge or an order granting a motion to change venue to an inhospitable locale).

There is, however, a common thread of hope for plaintiffs aggrieved by any of these orders and many others. These orders are either immediately appealable as a matter of right, or a statute expressly provides authority to seek immediate appellate relief by a petition for writ of mandate. Equally important is that the right to an immediate appeal of an order is the only opportunity you will have to seek review of the merits of the order, and the same may be true of writ petitions authorized by statute.

Exceptions to the one-final-judgment rule

Take note of the limiting words “ordinarily” and “most.” In fact, California’s codes, rules of court and cases are littered with scores of interlocutory orders that must be immediately appealed if at all or, in the alternative, can be reviewed by a writ petition authorized by statute (so-called “statutory writs”).

(This article concerns California law only. Federal appeals are governed by their own set of statutes and caselaw, some of which is similar to, and some of which varies greatly from, state law.)

These are often “one and done” orders where failure to timely pursue an appeal or a writ petition waives any later appellate review of the order, even after entry of a final judgment. Compare those orders where there is no express statutory or case law appellate remedy: The failure to immediately pursue appellate review is not a bar to raising the issue in a post judgment appeal. (See Code Civ. Proc., § 906: In an appeal the Court can review any “intermediate ruling, proceeding, order or decision which involves the merits or necessarily affects the judgment or order appealed from or which substantially affects the rights of a party..” but may not review “any decision or order from which an appeal might have been taken.”)

Nor are these appealable orders subject to a common-law writ petition, because one of the factors for a “writ worthy” order is the lack of the right to an immediate appeal. (Omaha Indemnity Co. v. Superior Court (1989) 209 Cal.App.3d 1266, 1274.)

As for statutory writs, the lack of the right to later review of the order in an appeal from the judgment is sometimes explicit in the statutory language, but not always. Earlier this year, the California Supreme Court took up the issue of whether the failure to seek a writ to review an order denying a good-faith settlement order. (In Re Pacific Fertility Cases (2022) 78 Cal.App.5th 568, Review Granted, June 20, 2022 [holding that Code Civ. Proc. § 877.6, subd. (e) bars review on appeal from a final judgment, notwithstanding statutory language suggesting that a writ petition is not the exclusive appellate remedy: any party aggrieved by the good faith determination “may” seek review by a petition for writ of mandate].) See the sidebar to this article for further discussion of that case.

An order is a “direction” of a court or judge, made or entered in writing, and not included in a judgment; a “motion” is simply an application for such an order. (Code Civ. Proc., § 1003). Orders that are immediately appealable orders are, generally, set forth in Code of Civil Procedure section 904.1, subds. (a)(2-14); (b).)

The following is a list of immediately appealable orders that commonly arise in cases seeking tort damages. The authority for their appealability is either statutory or caselaw deeming them to be final orders that are collateral to the main case and do not require further judicial action:

Granting or denying an anti-SLAPP motion to strike, regardless of whether the order affects the entire case, a cause of action, or allegations within the complaint (Code Civ. Proc., § 425.16(i); see Baral v. Schnitt (2016) 1 Cal.5th 376 [causes of action, allegations and primary rights are all subject to an anti-SLAPP motion]. But see Code Civ. Proc., §§ 425.17 and 425.18 [identifying types of anti-SLAPP orders that cannot be immediately appealed]);

Granting a motion for new trial or denying a motion for judgment notwithstanding the verdict. (Code Civ. Proc., 904.1, subd. (a) (4).) However, an order denying a motion for new trial is rolled into an appeal from the judgment. (Concerned Citizens Coalition of Stockton v. City of Stockton (2005) 128 Cal.App.4th 70, 79). Likewise, review of an order granting a judgment notwithstanding the verdict is from an appeal from that new judgment. (Mason v. Mercury Casualty Co. (1976) 64 Cal.App.3d 471, 473 at fn. 2):

There are also a number of orders where the prescribed and often exclusive appellate remedy is not an appeal from the order, but a writ petition. These “statutory writs” must be filed, if at all, within a short window of time (usually 10 to 20 days) after notice of entry of the order.

Many but not all of these “statutory writs” set forth the exclusive appellate recourse, and there is no right to an appeal from the order itself nor as part of an appeal from the final judgment. (See, e.g., McCorkle v. City of Los Angeles (1969) 70 Cal.2d 252, 257-258 [order denying motion to quash service cannot be raised in an appeal from final judgment where the defendant chose to appear and defend the action upon entry of that order].) In this circumstance, failure to pursue such a statutory writ petition is a waiver of your client’s right to later challenge the order on appeal. Thus, if you are on the losing end of such an order, it is imperative to weigh the merits and cost of a petition and make a reasoned calculation whether to pursue a writ.

An important component of that determination is whether the statute authorizing writ review was intended to make that writ petition the exclusive appellate remedy – something not always obvious from the statutory language. See discussion of the Pacific Fertility case in the sidebar.

These statutory writs include the following orders:

That a statute expressly provides for appellate relief by way of a writ petition does not mean, however, that the Court of Appeal must issue a decision on the merits. Although a statutory writ, to the extent that there is also no right to an appeal, meets one of the factors in favor of writ relief (Omaha Indemnity Co. v. Superior Court, supra, 209 Cal.App.3d at 1274) the Court of Appeal still retains discretion to summarily deny the petition (and usually will).

On the flip side of that discretion, however, is the rule that where writ relief is the exclusive remedy and there is no right to appeal later, that summary denial may be law of the case in any latter from the judgment, even if the Court of Appeal does not provide a reasoned analysis for denial of the petition. Where there is no right to a later appeal from the order, the summary denial of a writ petition is “necessarily on the merits.” (Leone v. Medical Board of California (2000) 22 Cal.4th 660, 670.)

When a statutory writ is framed as permissive and there is no express language prohibiting an appeal, may an aggrieved party seek review of the order in an appeal from the final judgment?

That is the question now under consideration by our Supreme Court, in the context of the good-faith settlement statute. (Code Civ. Proc., § 877.6.)

Code of Civil Procedure section 877.6, subdivision (e) states that any party aggrieved by the determination “may” seek appellate review by a petition for writ of mandate, but it is silent about the right to an appeal from the order. By use of the permissive “may,” has the Legislature preserved a right to appellate review of the order in an appeal from a final judgment if no writ petition is filed or it a petition is summarily denied without consideration of the merits?

A series of appellate court opinions have come to disparate conclusions about the answer, in part because of the word “may” rather than “shall” and the lack of express language in the statute stating that the order cannot be appealed. (See, e.g., Housing Group v. Superior Court (1994) 24 Cal.App.4th 549, 552 [good faith settlement order can be reviewed only by a writ petition] with Cahill v. San Diego Gas & Electric Co. (2011) 194 Cal.App.4th 939, 956 [holding that while a good faith settlement may be reviewed by a writ, it can also be reviewed on appeal from a final judgment]; Maryland Casualty v. Andreini & Co. (2000) 81 Cal.App.4th 1413, 1423 [holding that the availability of writ relief did not preclude a later appeal of a good faith settlement determination where a writ petition was filed and summarily denied].)

Similar issues arise from other statutes authorizing writ petition remedies. (See, e.g., McCorkle v. City of Los Angeles (1960) 70 Cal.2d 252, 256-257 and fn. 4 [holding that a writ petition was the exclusive appellate remedy for an order denying a motion to quash service of the summons notwithstanding that statutory language that the aggrieved party “may” file a writ petition and the absence of other language concerning the right to appeal].) (Compare Code Civ. Proc., § 177.3, subd. (d) [expressly stating that the determination of the disqualification of a judge “is not an appealable order and may be review only by a writ petition...” (emphasis added)].) As one court explained, the Legislature “knows how to make writ review the exclusive mode of review if it wants so.” (Wilshire Insurance Co. v. Tuff Boy Holding, Inc. (2001) 86 Cal.App.4th 627. 636-637.)

Most recently, in Pacific Fertility Cases (2022) 78 Cal.App.5th 568, rev. granted, 6/20/22, the Court of Appeal reviewed the statutory language, prior caselaw, and legislative intent regarding the good-faith settlement statute, and concluded that notwithstanding the permissive “may,” a writ petition was the exclusive appellate remedy for an order denying a motion seeking a good faith determination and there was no right to an appeal.

When the Supreme Court granted review, it framed the question to be decided as “Whether a petition for writ of mandate is the exclusive means of challenging an order approving or denying a good faith settlement under Code of Civil Procedure section 877.6.” The case is currently in the briefing stage. 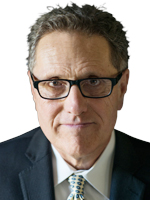 Herb Fox is a Certified Appellate Law Specialist who exclusively handles appeals, writs, law and motion, and post-trial proceedings. He has been of-record in 250 appellate proceedings throughout California, and he is a member of the State Bar’s Committee on Appellate Courts. www.FoxAppeals.com. Herb can be reached at hfox@foxappeals.com.